All About Gender Dysphoria 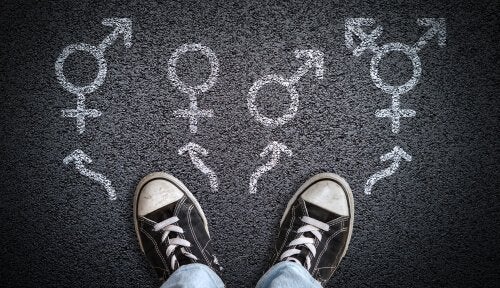 People with gender dysphoria feel very out of place. They don’t identify with the sex they were assigned at birth and instead identify with the opposite sex. This may make them feel a lot of discomfort or distress.

In older children, the inability to acquire the necessary skills to communicate with people of their same sex can lead to social isolation.

Gender dysphoria manifests differently in different age groups. Prepubescent girls with gender dysphoria can express their desire to be a boy. They may state that they’re a boy or insist that they’ll be a man when they grow up.

They prefer boys’ clothes and hairstyles. Due to how they dress or act, strangers perceive them as boys. They may ask to be called a boy’s name. Typically, they show intense negative reactions toward their parents’ attempts to make them wear dresses or other feminine garments. Some may refuse to go to a school or social events where such clothing is required.

These girls can show a marked identification with the other sex in role-playing games, dreams, and fantasies. They often prefer contact sports and games. Thus, they prefer boys as their playmates.

They show little interest in toys or costumes for girls. Occasionally, they refuse to urinate in a seated position. Some girls may manifest the desire to have a penis or claim that they have a penis or will have one when they grow up. They may also say that they don’t want to develop breasts nor menstruate.

Prepubescent boys with gender dysphoria can express their desire to be a girl, claim that they’re a girl, or insist that they’ll be a woman when they grow up. They prefer to wear girls’ clothes.

These boys like playing the role of female figures (for example, mothers). They often have an intense interest in female fantasies. In addition, they often prefer activities, games, and hobbies for girls, such as playing house.

They also prefer to make female drawings and watch TV shows or movies with a lot of female characters. Dolls may be their favorite toys and girls make their favorite playmates.

These boys usually avoid competitive games. Some may pretend they don’t have a penis and insist on sitting down to urinate. Less often, they claim to find their penis or testicles unpleasant. They may want to cut them off or have a vagina.

In varying degrees, adults with gender dysphoria can adopt the behavior and mannerisms of the sex they identify with. They feel uncomfortable when others identify them as the sex marked by their physical features.

Some adults may have a strong desire to be a different sex and to be treated as such. They can have enough inner certainty to feel and respond according to the sex they identify with without seeking medical treatment to alter their body.

These adults can find other ways to cope. They do this by living partially in the desired role or adopting a sexual role that is neither conventionally male nor conventionally female.

As we can see, gender dysphoria is the distress a person experiences when they don’t identify with the sex they were assigned at birth.

What are the Causes of Gender Inequality?
Gender inequality is a social and cultural phenomenon in which there is discrimination against people due to their gender. Read more here! Read more »
Link copied!
Interesting Articles
Psychology
Age Wrinkles The Skin; Lack of Enthusiasm Wrinkles The Soul

Educational Psychology
Understanding Teenagers: What's the Best Way to Work with Them?

Psychology
Why do we need to sleep?

Everyone needs sleep. There are people who need at least 8 hours sleep every night, whereas others have enough with 4 or 5. Whatever the case, the truth is that…

"Focus on the journey not the destination. Joy is found not in finishing an activity but in doing it." This quote…

Psychology
Can We Trust People Who Can't Stop Talking?