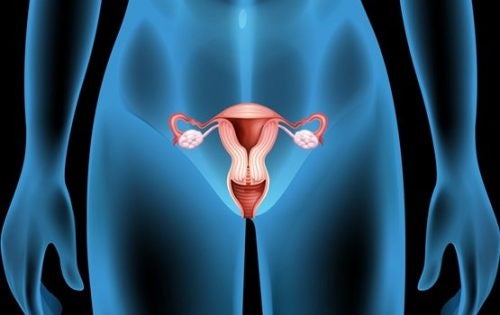 Many women will suffer from ovarian cysts at some point in their lives. It is a gynecological condition that is quite common and generally not serious. Ovarian cysts are small fluid-filled sacks that develop on one or both ovaries. Most of the time, they are benign and go away on their own. Sometimes they require some type of medical intervention.

It’s likely that many of our readers are familiar with this subject. Maybe you have dealt with ovarian cysts yourself. Or maybe a friend, sister, mother, or other family member was diagnosed with this condition. Whatever the case, population studies show that between 25-30% of women develop an ovarian cyst at some point in their lives. Women are at risk from the time they start to menstruate until menopause.

Many ovarian cysts don’t have any clear or obvious symptoms. They tend to have some kind of genetic component, and are linked to the function of estrogen and progesterone.

Considering all these factors, we have to reiterate the importance of regular visits to the ob-gyn. Keep in mind that so many of these conditions are asymptomatic. If they do cause symptoms, we tend to associate them with other disorders like PMS, back pain, abdominal distention, stress, etc…

What are ovarian cysts? Why do they occur?

Just like we said at the beginning, ovarian cysts are usually a mild medical condition. However, when women receive this diagnosis they are often anxious and worried, which is perfectly understandable. The first step after a diagnosis is to trust the doctors and the treatment they prescribe. Those little sacs of fluid are almost always what we call functional cysts.

What does that mean? Basically, they are different from tumors in that they arise as a response to certain hormonal conditions. They are treatable, can disappear on their own, and have a good prognosis. Next, we will learn about the different kinds of ovarian cysts.

The follicular cyst is the most common type of cyst. It usually occurs in young women, and tends to disappear in a few weeks. To understand how they develop, first remember how that menstrual cycle occurs. Hormones stimulate the growth of an ovarian follicle, which contains an egg. Over a few days, the follicle breaks open, releasing the egg.

During this process of ovulation, sometimes the follicle doesn’t break open. So, if the follicle isn’t able to release the egg, the fluid inside builds up over time until it forms a cyst.

It is worth mentioning that there are other types of ovarian cysts. An endometrioma is one, for example. It is associated with endometriosis. There is also the dermoid cyst, which is a neoplasia of germinal cells that contain pieces of bone, hair, skin, fat… The last one is cystadenoma, a large cyst that requires surgical intervention.

What are the symptoms of ovarian cysts?

Remember that ovarian cysts can occur as soon as a girl gets her period, even in very young girls. Not only that, women have the potential for ovarian cysts until they reach menopause. The ovaries are subject to constant hormonal changes. So, even though a woman isn’t menstruating anymore, her body still experiences spontaneous changes that require appropriate care.

As such, regular visits to the gynecologist are important at every age. Especially if you are having any of the following symptoms:

You should keep in mind that in general, ovarian cysts are asymptomatic. In the case of ovarian torsion or other gynecological emergency, the individual will experience intense and sudden pain. This requires immediate medical attention.

It is also very important to talk about polycystic ovary syndrome. This is a hormonal disorder in which multiple cysts develop simultaneously on the ovaries. It affects 7% of women and causes irregular periods, excessive body hair, and fertility problems…

We don’t know the causes of this condition. However, there are treatments that can improve quality of life for PCOS patients.

What types of treatment exist for ovarian cysts?

When health care providers discover cysts on an ultrasound, they consider several factors. The first is the size of the cyst. The second is the patient’s age. In general, cysts measuring less than 5 centimeters don’t require anything more than observation. If, instead of disappearing over time, the cyst grows, then the next step is surgery.

On average, only about 1% of ovarian cysts are cancerous.  It is also important to know that post-menopausal women tend to develop more resistent cysts. In other words, they don’t disappear on their own. In that case, doctors will consider surgical intervention.

Lastly, we want to mention that one way to prevent ovarian cysts is with oral contraceptives. If you have a family history of this type of gynecological condition, don’t hesitate to talk o your doctor. After all, prevention is key! If you catch these conditions early, you can get the appropriate treatment.

Women and the Moon: Understanding the Female Cycle
The woman's body and the female cycle are connected to the Moon and the Earth. A woman, transits through the different lunar energies. Read more »
Link copied!
Interesting Articles
Literature and Psychology
Firefly Lane: A Story of True Friendship

Culture
The Three Keys to Discipline in Japan

For the Japanese, discipline is fundamental and must be instilled in children at an early age. Thanks to it and…

Culture
Every Gesture is a World

Every day, we voluntarily make a variety of gestures. We perform them in order to relay information that others can understand. The frequency with which this happens may lead us…

Culture
Wetiko: the "Virus" of Selfishness According to Native Americans

According to Native Americans, Wetiko is an evil spirit that invades human minds. It's a "virus" of selfishness. A physic pathogen…