Alfred Binet: How to Measure Intelligence

Alfred Binet played a key role in the development of experimental psychology in France. In fact, he made important contributions to the measuring of intelligence. This article discusses how the intelligence tests we still use today came into being. 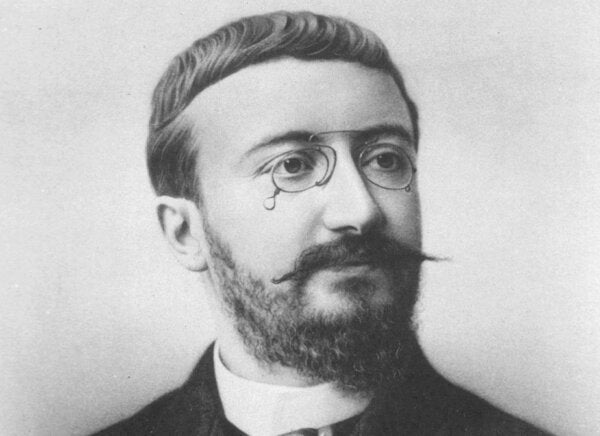 Alfred Binet was a French psychologist. He developed the first intelligence test. In fact, we still widely use these tests today. Binet developed the test when he was commissioned by the French government. They wanted him to develop an instrument for identifying schoolchildren who were most likely to need additional help at school.

Let’s now learn a bit about the life of Alfred Binet. In addition, we’ll explain his intelligence tests.

Alfred Binet was born in Nice. He was the only child of a doctor and an artist. When he was young, he was neither an exceptional nor even a very promising student. However, he did show some talent. Furthermore, he was keen to work. He graduated from the Lycée Louis-le-Grand, then studied law. In fact, he graduated in judicial law.

His family was wealthy. For this reason, he didn’t need to practice law. In fact, he devoted his time to reading about psychology at the National Library of France. In 1880, Binet published an article related to psychology. However, he was heavily criticized for plagiarism.

For a while, Binet was interested in the subject of animal magnetism. Indeed, he published numerous articles on the subject. In his articles, he suggested that magnets can change emotions, influence perceptions, and achieve all kinds of effects.

However, to Binet’s shame, his findings were discovered to be fraudulent. This was because he used poor methodology in his experiments.

Two years later, Binet began working at the Salpêtrière Hospital in Paris. Here, he began to consolidate his scientific training.

Binet became a student of Jean-Martin Charcot. In fact, he stayed with him until 1891. Binet unreservedly accepted and defended Charcot’s methods and doctrines regarding hypnotic transfer and polarization.

However, later Binet was forced to accept attacks on Charcot by Delboeuf from the Nancy School. This caused a split between teacher and student. Binet did, however, accept his errors of judgment which tempered his later methods of working.

Binet also studied Hippolyte Taine, Théodule-Armand Ribot, and John Stuart Mill. He married Laure Balbiani in 1884. She was the daughter of Edouard-Gérard Balbiani. He was an embryologist at the College de France. Alfred and Laure had two daughters.

In 1887, Binet was given an award by the French Academy of Moral and Political Sciences. Binet worked with his father-in-law, who lectured on inheritance. Binet also wrote about free-will and determinism. Furthermore, he studied the psychology of the courts of justice.

In 1890, Binet discontinued his connection with the Salpêtrière Hospital. He later conducted a study of cognitive processes. In this study, he used his daughters as subjects.

Interestingly, although the age difference between his daughters made the developmental differences between them fairly clear, Binet went no further with this observation. It was Jean Piaget who later developed this theory.

Collaboration with Beaunis and the Sorbonne

In 1891, Binet met Dr. Henri Beaunis. He asked him for a job at the Sorbonne. Beaunis agreed, even though the two had heated arguments over the topic of hypnosis. Perhaps Beaunis agreed because the wealthy Binet didn’t need a salary.

In 1892, Binet was appointed deputy director of the laboratory of physiological psychology at the Sorbonne. Henri Beaunis was the director. In the same year, they gave Binet a doctorate in natural sciences. His dissertation was about the correlation between physiology and insect behavior.

In 1895, Binet and Beaunis founded the first French journal of psychology: L’Année psychologique. In fact, it remains active to this day. In the same year, Binet succeeded Beaunis as the head of the laboratory. It was now connected to the Ecole Pratique des Hautes Etudes. Binet worked there until his death in 1911.

The intelligence tests of Alfred Binet

Binet was impressed by the efforts of English psychologist Sir Francis Galton (1822-1911) to record individual differences via standardized testing. In fact, Binet adapted Galton’s methods. He used them to study eminent writers, artists, mathematicians, and chess players. In addition, he supplemented the tests with further observations on body type, writing, and other characteristics.

In 1903, Binet completed his remarkable work, “The experimental study of intelligence”. Within this research, he described the mental characteristics of his two daughters. To achieve this, he developed the systematic study of two types of proven personalities. His experiments demonstrated the impossibility of translating reasoning into sensory terms. In addition, he proved that unity and activity of thought are independent of images. In 1907, scientists such as R.S. Woodworth and K. Bohler would achieve similar results.

Furthermore, Binet wrote that the purpose of an intelligence test was to classify, not measure. In fact, it was German psychologist William Stern who proposed the idea of an intelligence quotient. Binet vehemently rejected this notion. He argued that the nature of intelligence is too complex to be captured by a single number.

Alfred Binet and his contributions to psychology

Today, we recognize Alfred Binet as one of the most influential psychologists in history. Indeed, his intelligence scale serves as the basis for modern intelligence tests. However, Binet himself didn’t believe that his scale measured a permanent or innate degree of intelligence.

Binet suggested that an individual’s score in an intelligence test can vary over time. He also stated that other variables come into play such as motivation. However, what’s certain is that his studies contributed greatly to later research. Furthermore, Binet’s work has opened up the field of psychology quite significantly.

Intelligence Quotient or IQ: History and Evolution
How do you measure intelligence? Read here to find a brief history on the Intelligence Quotient, or IQ, as well as how the tests work. Read more »
Link copied!
Interesting Articles
Biographies
Louis Pasteur: His Life and Legacy