Age Is Just a Number 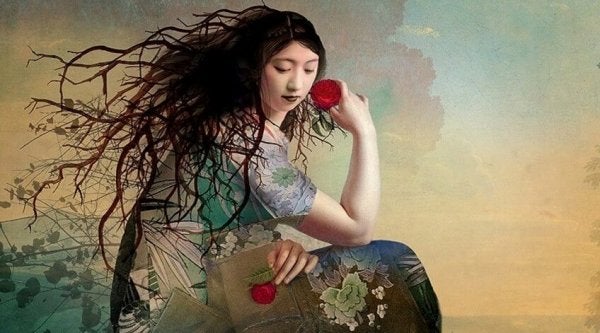 There are many myths about age. The first myth we could question is probably the belief that our age determines the possibilities that are open to us. When the truth is that nowadays nobody is too young or too old to accomplish their dreams. We see this every day, but we still don’t fully believe it.

Young people have debunked the myth that you need decades of experience to reach a goal. Steve Jobs, Bill Gates or Mark Zuckerberg are proof that this is false. But just like these inexperienced people accomplished goals that no one would have imagined for their age, there are also plenty of examples of elderly people who conquered their dreams as well.

“Growing old is like climbing a great mountain: while you go up, your strength wains, but your gaze is more free, the view is wider and more serene.”
-Ingmar Bergman-

However, the accumulation of years, grey hair and everything that comes with the later stages of life, frankly, is not “in” or “cool”. That’s why, those who have lived more than four decades tend to think that they are no longer of a proper age to set new goals for themselves. Or to go after their most longed-for dreams. Nothing could be more false. If there’s life, it’s not too late.

New opportunities have nothing to do with age, but rather with perseverance, concentration and passion. The first two are almost always the result of maturity; but passion is one of those attributes that is abandoned over time.

That’s why many elderly people don’t feel like they have the right to dream, or to go after everything they’ve always wanted. Despite the fact that they are in an excellent time to do it.

Charles Darwin knew that it is never too late

The publishing of “The Origin of Species” completely changed the history of contemporary science. But, did you know that Charles Darwin was 50 when he completed it? Despite the fact that he had begun his adventure as a researcher at the age of 22, it took him almost 30 years to finish his work. His studies were the most innovative of his time, despite the grey hair that had already emerged on his temples.

In his autobiography, Charles Darwin leaves a text that summaries in a masterly way his thoughts on the matter:

“Therefore, my success as a man of science […], has been determined, as far as I can see, by complex and diverse mental qualities and conditions. Of these, the most important have been: a)the passion for science; b)unlimited patience for long reflecting on any subject; c)hard work in the observation and recollection of data, and d)a medium dose of ingenuity as well as common sense. With such ordinary faculties such as the ones I possess, it is truly surprising that it has influenced to such a considerable degree the beliefs of scientists in regards to some important points.”

Jose Saramago is one of the most widely read writers in the world. What many don’t know about him, is that he achieved his first big literary success at the age of 58 with the novel “Risen from the Earth.” He followed this  success with other novels that lead him to the Nobel Prize in 1988.

The African-American writer Toni Morrison published her first book at the age of 40. And 22 years later, she won the Nobel Peace Prize for Literature. Also, the great British writer Penelope Fitzgerald published her first book when she was about to turn 60 years old. After many personal and literary downfalls, she finally managed to accomplish her dream of getting published. And a couple of years later, she won the Booker Prize, one of the most prestigious awards in the United Kingdom.

Another interesting case is that of Winston Churchill, who didn’t rise to power until he was 66 years of age. He was one of the most important rulers in the history of Great Britain and also dictated the course of the Second World War. But, also, he won the Nobel Peace Prize for Literature at 76 years old.

These and other stories, such as the one of Alexander Flemming, the discoverer of Penicillin, Walt Disney, Raymond Chandler, Ang Lee and many others prove that age has nothing to do with conquering your dreams. It is only too late when you quit dreaming or when death comes knocking. Only then, as far as we know, does it rob us of all opportunity.

Wellness
Love That Was Too Good to Be True

A few days ago I lost the love of my life. We had three years together full of love, understanding,…

Wellness
Goodness Does Not Need a Manual, It Arises Spontaneously

Perhaps you've wondered what the manual of good people is, what they read and where they learn to have that…

Wellness
Black Mirror And The Death Of A Loved One

Black Mirror is a British series with completely independent episodes - not even the actors are the same. It is…

Stephen Hawking is, without a doubt, one of the greatest minds of our time. Beyond his important contributions to the…

Wellness
Signs You're Emotionally Burnt Out

Psychological burnout is an anxious state that many people experience without even knowing it. A person can be emotionally burnt…