Agatha Christie: Biography of the Lady of Crime

Agatha Christie's works are among the most read in history. They've been translated into more than 100 languages, with remarkable success. To date, no other crime writer has achieved either the success or the popularity of this English writer. 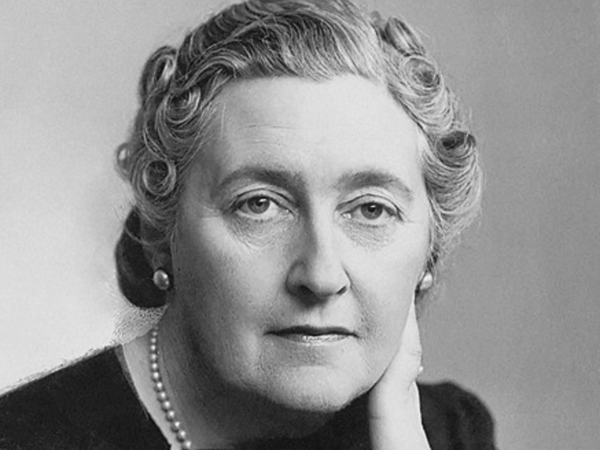 Agatha Christie is known as the Lady of Crime because no writer has ever excelled in crime novels as she did. After The Bible and the works of William Shakespeare, her books are the best sellers on the planet.

In addition to this, in 2013, her novel The Murder of Roger Ackroyd was chosen as the best crime novel in history by 600 writers. As if this wasn’t enough, her play The Mousetrap was performed continuously (until the COVID-19 pandemic in March 2020) since 1952, a world record.

“The best crimes for my novels have occurred to me washing dishes. Scrubbing the dishes makes anyone a homicidal category maniac.”

People have said that Agatha Christie has entertained the world’s readers more than any other writer of her generation. But what makes her work so fascinating? Well, it’s a combination of psychology and mystery, all handled exquisitely. Christie always gives the reader tools to discover the culprit of a crime, as well as plenty of surprises in the endings.

Agatha Christie was born on September 15, 1890, in Wallingford, southeast England. Her mother was of Irish origin and her father was born in the United States.

Her family was upper-middle class, liberal, and fond of intellectual matters. Agatha had two brothers and enjoyed a happy childhood. She was convinced that her mother, Clara, had extrasensory powers and psychic abilities.

Her family gave her a private education. Agatha learned to read at age four and soon became a voracious reader. She was a withdrawn and lonely child, who preferred intellectual activity.

Agatha Christie said in one of her autobiographies that her childhood ended at age 11, when her father died. This was a devastating blow to the family. From that time on, they started to have financial problems. Soon after, she started studying at the local school and then went to study in Paris.

Beginnings of the Lady of Crime

In 1910, the future “Lady of Crime” went to spend some time in Cairo, as her mother had health problems and the climate of that city was better for her. At first, the contact with Egypt didn’t have a definitive impact on her, as it would several years later.

On her return to England, she wrote her first literary works. The truth is that she didn’t think that this was her vocation and she did it more as a simple hobby. However, she tried to get her writings published but was unsuccessful.

Around that time, she met Archibald Christie at a wedding. He was a Royal Air Force aviator. The two fell in love and the necessity of a placement precipitated a marriage between them. Afterward, World War I began and “Archie” was sent to fight in France. In the meantime, Agatha Christie applied to become a volunteer nurse.

During her work as a volunteer, her first novels were published and began to reach a wide audience. In fact, several major newspapers around the world gave her glowing reviews.

At the end of the war, the Christies settled in London and had a daughter. However, Archibald asked Agatha Christie for a divorce, as he fell in love with his secretary. This led to a strange episode in the life of the novelist.

Agatha disappeared overnight. Her car was found abandoned in a lonely spot, and this led to a scandal on an almost global scale. The Home Secretary of England, as well as prominent figures and the public, began to search for her.

They found her 11 days later, in a small hotel, where she had registered using the last name of her husband’s mistress. Apparently, she didn’t remember anything and didn’t know how she got there. However, many thought it was a calculated episode to leave her ex-husband in the public eye.

Agatha Christie was in psychiatric and psychological treatment for some time. However, her work and fame continued to grow. In the late 1920s, she met Max Mallowan, a prominent archaeologist whom she married shortly after. Unlike her first marriage, this one was a stable and happy one, right up to her death.

Her contact with archaeology, through her husband, gave a new twist to Agatha Christie’s work. Her works began to show a tendency towards the theme of Egyptology and archaeological excavations, which was an excellent addition to her books.

In 1971, she was given the accolade of Dame Commander, Order of the British Empire, by Queen Elizabeth II of England.

Agatha Christie died at the age of 85 from natural causes. She was survived by her only daughter and a grandson who became the owner of the rights to her works. These have reached the cinema, television, and theater, and, as a result, the newest generations have also had the opportunity to read the works of this magnificent Lady of Crime.