In recent times, the world found out about the sort of "therapies" used in the Aston Hall psychiatric hospital. They used a substance referred to as "truth serum". This way of proceeding, along with the different complaints about what happened, make one think that this place, a health center, was nothing more than a horror house. 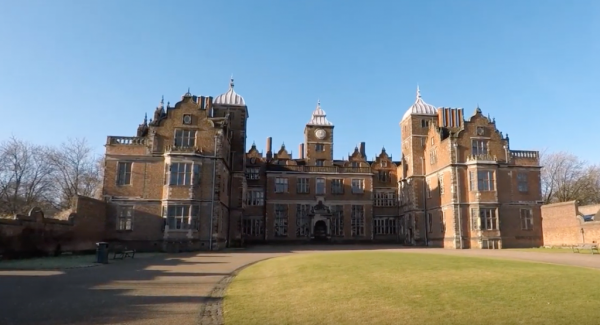 The Aston Hall psychiatric hospital became infamous after several allegations of abuse from former patients became public. It all happened in 1993 and, shortly after, the building was torn down and a residential complex arose in its place.

We’ll never know what really happened at the Aston Hall psychiatric hospital. Mainly because the only testimony comes from those patients who underwent treatment by Kenneth Milner, the hospital superintendent at the time. Apparently, he drugged arbitrarily and this affected many patient’s memories. Since Milner is dead, he took to the grave any possibility of hearing the story from his lips.

Most people know the Aston Hall psychiatric hospital as a place where mad scientists performed mental experiments. It isn’t clear if this truly happened or not. But what’s for sure is that they treated patients with a substance known as “truth serum”. Apparently, they didn’t do it for investigative purposes but because they truly believed it was a valid therapy.

The Aston Hall psychiatric hospital opened its doors in 1930, in the county of Derbyshire, England. Its purpose was to treat children and young people classified as “special“, meaning minors with behavioral problems. It was something between a reformatory and a health institution. Apparently, its operation was within the parameters for which it was designed.

It all began in 1993 when a group of researchers published a series of photographs of the Aston Hall psychiatric hospital online. Shortly after doing so, comments from former patients who were treated as teenagers began to pop-up all over. They talked about abuses that included rape and inhuman methods of treatment.

Later, the hospital closed and the building was destroyed. However, there was never a clear explanation about that decision. What did remain in the atmosphere was the echo of the complaints. Some journalists tried to investigate a little more about it and this is how they found more details about what took place in the bleak hospital.

During World War II, a drug called “truth serum” came to light. Its main ingredient is sodium amytal, a very powerful chemical compound that exerts a disinhibitory effect. This means that people under its influence lose control over their self-repression mechanisms. This means that they lose their will. Finally, the name for this method was “narcoanalysis”.

During the war, this drug was used as an emergency treatment for soldiers who went into shock. This happened to them after they experienced a truly traumatic experience. Thus, they repressed the painful memories and forgot them. But such experiences came back as paralysis, either partial or total, and states of profound dejection that kept them from functioning properly.

Thus, when this happened, military psychiatrists used the “truth serum”. They administered it to break the soldier’s repression. As a consequence, they started recalling their traumatic experiences and had a catharsis that led them to recover their balance, at least partially. It was like opening an infected wound to clean it and then allowing it to heal.

The “truth serum” also leads to a loss of will. A person under its effect is rather easy to manipulate. As memories emerge, according to experts in the field, it’s also possible to build false memories. Thus, people under the effect of sodium amytal are highly suggestible.

This drug was used systematically in the Aston Hall psychiatric hospital. Also, there are some reports of sexual abuse. Unfortunately, the testimonies claim that some patients were forced to undress before taking the drug. Some experts indicate that some of the memories that emerge under the influence of that substance aren’t entirely transparent. Likewise, they’re either induced or modified.

One of the Aston Hall patients “discovered” under treatment that her father had sexually abused her. She believed it, so she denounced him. However, this was rather unlikely according to the rest of her family. After several decades, the alleged victim began to doubt her own memories. Today, she thinks that perhaps the memory was somehow induced.

Other patients at Aston Hall psychiatric hospital believe that truth serum therapy did help them. But we’ll never know for sure, as this is all according to people with false memories. What we do know for sure is that “narcoanalysis” poses too many risks for it to become a valid form of therapy.

Christina Grof: The Spiritual Aspect of Human Nature
Christina Grof was the founder of the Spiritual Emergency Network; one of the creators and greatest influence of the holotropic breathwork. Read more »

Link copied!
Interesting Articles
Curiosities
All about Freedom of Expression