Against Automation: Pause and Beauty

The downside of automatic thoughts, feelings, and actions is that they make it difficult to lead a genuine life. Pausing and the ability to appreciate beauty are two ways to combat this senseless mechanism. 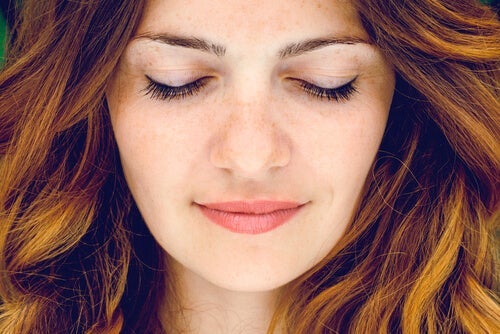 On many different occasions, people have compared the way computers process information with the way the human brain does. Both systems have several memories in which they store information and specific regions dedicated to working with it. On the other hand, the digital age (in other words, the era of technology) has led us to adopt some terms specific to computing to refer to the way humans work.

Thus, we can say that human beings have entered the logic of automation. Not only have they entered it but they’ve been invaded by it. What does this mean? That first with mercantilism, then with industrialization, and more recently with the digital age, they’ve ended up mechanizing, simplifying, and repeating processes so many times that most have become humdrum. In some way, we’re all conditioned now, like machines.

At the center of that transformation, we have the concept of time. It’s one of the realities that’s been modified the most, practically becoming the axis of automation. The slogan of the human being is sometimes too similar to that of machines. “Produce more in less time”. Basically, one needs to make the most of the production time. Being the fastest and most disciplined in everything. All this amounts to what some people call “effectiveness” and “efficiency”. Undoubtedly, these are two of the greatest values ​​in today’s world.

Supposedly, one of the purposes of technology was to free human beings. Allow them not to spend as much time on mechanical tasks so that they could have more free time. However, the digital age itself has designed spaces and devices that, in one way or another, ended up invading those moments of rest and leisure.

Firstly, it was the mass media. They broke into society as avenues of entertainment that facilitated the circulation of information. Radio or cinema, the first media, weren’t there 24 hours everywhere you went. Television, on the other hand, gave rise to another culture. It turned many human beings into passive consumers of entertainment.

With the digital age, the colonization of free time was consolidated, and with it the automation of the human being. The truth is that you can’t see reality through a screen. However, you can interact with it through a virtual world, anytime and anywhere.

A lot of people spend most of their free time on social media. This means that, in a way, free time is also preformatted. At the same time, double standards promote and prohibit addictions. Whether an industry is legal or not, it makes an impressive amount of money with people’s “free” time.

Against automation, pause and beauty

As time goes by, people become less and less patient. Less able to get involved in realities that require working with difficulties and contradictions. Letting processes flow or looking to resolve conflicts goes against automation. What matters here is simplifying everything in order to achieve observable results as soon as possible. This new way of facing reality is the result of that passion for immediacy, speed, and the desire to fill time with anything.

Furthermore, immediacy gives rise to pleasures and forms of happiness that are often temporary. This way of experiencing life easily leads to anxious states. It’s as if people swallow experiences without actually savoring them. They also prefer to increase the number of experiences no matter if their quality decreases. We’re against automation. We believe it’s necessary to pause and slow down in order to overcome it.

Beauty is one of those highly rewarding life experiences. Finding beauty in a word, in an act, in an idea, in a person, or in any type of reality makes anyone happy. However, beauty isn’t usually captured at first sight. On the contrary, what’s truly beautiful takes time to manifest itself. No matter what, beauty has enormous power.

In short, you can see why we’re against automation. This process is reflected in routines and in everything repeated incessantly. Words, ideas, actions, and ways of doing, among other things. Its most negative aspect is that it deprives you of genuine and deep experiences. It also removes the possibility of looking at reality from a different perspective. It leads you to act without thinking or feeling intensely. As a result, you’re most likely to feel distressed.

Do New Technologies Change the Way the Brain Works?
It would be naive to believe that new technologies don't change the way the brain works. These are only small modifications. Read more here! Read more »
Link copied!
Interesting Articles
Psychology Today
The Projects and Dreams the Pandemic Took Away: How to Face the Future

Psychology Today
Living with a Chronic Illness during the Pandemic