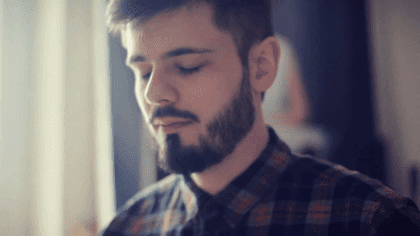 The love of a mother is not always unconditional. Sometimes it leads to a share of pain. It also leads to many conditions that leave a long lasting effect. The problem of adult sons of controlling mothers is an example of this. These children carry the burden of this harmful and bad relationship until adulthood.

What about their children? What happens to their sons? This is one of the repeating phrases appearing in articles on controlling mothers. Our culture tends to focus on mother-daughter relationships. It overlooks the often painful relationship established between a son and his mother.

The Freudian shadow theories on Oedipus complex may have contributed to this. It emphasizes the father-son relationship. The film world often examines the more unpopular relationship between the son and his mother. Many of Alfred Hitchcock’s films present the influence of a controlling mother in the life of a child.

Therefore, we need more thorough works with a more realistic discussion of these situations. We are referring to a problem that is difficult to recognize. In some way, the “straitjacket” concept associated with gender still persists. The code of implicit masculinity self-concept often refers to men’s difficulty in asking for help.

The relationship of an adult son with his mother is important in building his identity, and in how he interacts with others. Therefore, the shadow of a controlling mother may have serious effects in attaining independence and happiness.

Adult children of controlling mothers: how does this relationship affect their lives?

Often, the adult sons of controlling mothers live in a sphere of silence and continual contradictions. This is due, above all, to our culture. Also, in our code of masculine behavior for which a man is obliged to keep his emotions in order to appear strong. This is so as not to be perceived as a girl.

He disguises the pain and reacts in the only way men are allowed. Thus, in a world where man is still being equated with the ideas of freedom or independence, it is not easy to accept the onerous demands of a controlling, narcissistic and manipulative mother.

It could be said here that these adult sons of controlling mothers share with their daughters the same problem. After all, they are raised and are living with the same person. Having experienced the classic “glare” of selfishness,  dissatisfaction and the need for control from their mother.

However, this may not always be the case. There are always individual differences. It is clear that these have more to do with one’s personality than with gender. However, there is a pattern that is consistent with the experience of an adult man than that of the adult woman.

The recurrent use of lies and denial

The child who has grown up under the influence of a narcissistic mother has not had the time to build his own authentic and strong identity. In this way, a very recurrent survival mechanism of these men is the use of lies. At first, he will do it so as not to disappoint his mother, to avoid guilt, but by making use of this behavior as a child, he will apply it in adulthood.

Lies serve to protect you, to hide your emotions, to please your mother and to survive roughly in any situation.

Emotions influence the adult children of controlling mothers. By suppressing the emotional needs of the child almost from the very start to place the mother’s own emotional needs as a priority, that child believes early on that showing feelings is not only disgraceful but also threatening.

Therefore, the adult son who still lives under the influence of a controlling mother will continue to show a strong emotional restraint which in many cases can lead to different psychological disorders.

A controlling mother always creates insecure attachment. In a relationship where the male child has not been validated emotionally, very often, he can show aggressive or hostile behavior. This is a characteristic that usually distinguishes them from the female children of controlling mothers.

This means that the adult son who has grown up in this environment can show over-exaggerated reactions to certain situations.  He may lose control and may react with anger. His ability to handle emotions is usually absent or very deficient.

Manipulative mothers consider their sons as their personal property. This toxic relationship has serious implications in his emotional development, in his psychological maturity, in his independence, and in his ability to make decisions. The evident consequence of this is the absolute difficulty in establishing intimacy and authentic emotional connection with his partner.

Therefore, it is common that the mother does not hesitate to thwart off any attempt by her son to have his own space, and to build an independent and happy life with another person. This gives rise to doubts in the mind of the adult son, and the boycott of himself is almost constant to the point of any relationship failing.

To conclude, it is important to emphasize a point. Men are less likely to seek help and, therefore, go to therapy. Despite the fact that the man carries a good load of suffering, his capacity for denial is immense. Therefore, the adult children of manipulative mothers is a specific group that requires absolute attention and our responsibility as a society is to help them.

Mom Shaming: Is a Real Mother a Bad Mother?
Stress, not having time, other people's opinions... These are some of the reasons that many women consider themselves to be bad mothers. Today, people are calling the phenomenon "Mom Shaming." Read more »
Link copied!
Interesting Articles
Psychology
Excoriation: Symptoms, Causes and Treatment of Skin Picking Disorder

The relationship between skin diseases and our emotions sometimes is very clear. One example is excoriation, or skin picking disorder. It…

The title of this article is a nod to the famous quote by the Spanish philosopher Jose Ortega y Gasset. In…

Avoidant personality disorder affects 3% of people. It describes sensitive, cautious people who live locked inside their lonely shells. They're afraid…

Psychology
Life Isn't the Same After the Death of a Friend

Life isn't the same after the death of a friend. The pain you have to face requires a slow process of reconstruction,…

Psychology
The People Who Only Want You When They Need You, Don't Deserve You