Recent research has delved into the emotions of so-called adaptive psychopaths who don't engage in criminal activity. The results, without a doubt, are surprising. 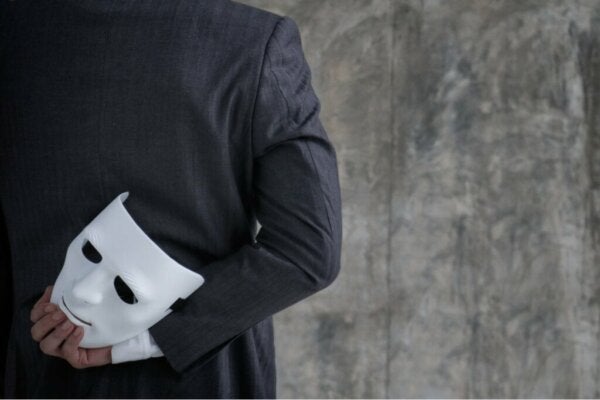 Recent research by the American Psychological Association (APA) indicates that some adaptive psychopaths have empathy. What they’ve seen is that those who’ve been called psychopaths and don’t engage in criminal activity may manifest highly adaptive abilities in society.

We’re not going to delve into the controversy that the term “psychopath” still generates. Instead, we’re going to focus on the coexistence of absolutely opposing traits in these individuals.

The fact of the matter is that research in the field of psychopathy is divided into two fields. One holds that, by default, psychopathy can’t include any form of adaptive traits. The other side argues that we can, to some extent, find adaptive traits in psychopathic people.

Researchers have developed several tools to help them investigate psychopathic traits based on these two views. However, there are significant discrepancies in the results. Of all the studies conducted, the most comprehensive was that of Guillaume Durand called The effects of psychopathic traits on fear of pain, anxiety, and stress. It’s an innovative point of view that explains how adapted psychopaths manage their emotions.

The researchers subjected 529 participants to a series of psychological tests. They measured psychopathy, fear of pain, anxiety, and stress.

They used a test that looks for two different types of psychopathy: dominance and impulsive antisociality. The first is related to boldness and courage, while the second to selfishness, blame, and impulsivity.

The results of the study

The study suggests that the definition of psychopathy given by the media (a mass murderer deprived of any form of morality) is somewhat far from the truth. While these people obviously exist, others have more adaptive than maladaptive traits. As a result, this makes them perfectly functional in society.

The results of psychopathic traits and their relationship with fear, stress, and anxiety can vary depending on the model used (with or without adaptive traits). Experts usually conduct a diagnosis of psychopathy using a test known as the Hare Psychopathy Checklist-Revised (PCL-R). However, this test focuses on maladaptive behavior patterns and traits.

The focus of this study was to examine the discrepancies in results in the field of psychopathy. The main discrepancies they examined occurred when the adaptive traits of the questionnaire were negatively correlated with fear of pain, anxiety, and stress, where the opposite was true for the maladaptive traits.

Empathy, while also being helpful on an altruistic level, is also a tool for the Machiavellian mind. This is because it needs good “information” in order to evaluate and potentially take advantage of others.

Psychopathy can serve the common good. For example, in situations that demand high-level performance, such as those faced by lifeguards, health workers, soldiers, and others in high-risk situations. In these contexts, emotions fade into the background and help people take “cold” and simplified decisions.

Mihailides, Galligan, and Bates (2017) call this “adaptive psychopathy”. This describes the “quarantine vector” in which empathic information is combined with useful psychopathic mental processes. For example, to deal with threats that conflict with one’s values and beliefs.

There’s cognitive and affective empathy. They’re independent of each other but also tend to work together.

Adaptive psychopaths can help in society

The traits transmitted by adaptive psychopaths have an evolutionary advantage. If they didn’t, they wouldn’t be as common as they are.

People who can display psychopathic thinking can sometimes have an advantage. They can be critical for the survival of a community, providing aspects that are free of inhibition and more aggressive. In addition to this, they’re able to concentrate more effectively and get the job done. We’re talking here about an extremely delicate balance.

Adaptive psychopaths have a greater capacity to make sense of other people’s motivation. They need to help others make decisions, while, at the same time, retaining the ability to choose when to participate and when not to. Different groups of individuals can provide a balance in order to maintain a dynamically adapted community.

Greater empathy coupled with their darker traits can preserve the quality of the relationship. That is, we can sometimes overlook the questionable traits of adaptive psychopaths when we see that they present some degree of empathy. If they didn’t, we wouldn’t welcome them at all.

Psychopathy: Characteristics and Curiosities
Psychopathic individuals are calculating, cold, manipulative, but overall very charming. Believe it or not, many of them are among us. Read more »