Acetylcarnitine is a substance that regulates stress, as well as the gene that controls glutamate, favoring the production of the BDNF protein. Read more here! 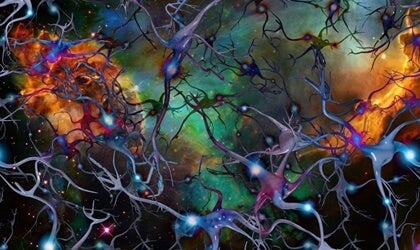 According to a study published just a few months ago by Stanford University, people diagnosed with severe depression, have a deficiency in a specific molecule: acetylcarnitine. This substance regulates stress, as well as the gene that controls glutamate, favoring the production of the BDNF protein.

Have you heard about or seen that dietary supplement called acetylcarnitine at the drugstore? They sell it as a nootropic to improve cognitive functions and you can purchase it in three forms:

However, although you could definitely take it as an external supplement (and always under medical supervision), you should know that your organism produces it naturally. In fact, healthy people synthesize more than enough of it through foods such as dairy products, fish, red meats, avocados, peanuts, etc.

Furthermore, there’s a common pharmaceutical use for acetylcarnitine in certain types of patients. It’s usually prescribed for conditions related to cognitive deterioration. Also, in cases of hyperactivity and high-stress situations.

Therefore, one could say that science has taken the usefulness of this fascinating molecule one step beyond. Because, according to new discoveries, it could be useful to design more effective antidepressants that have minimal to zero secondary effects.

Studies show that the administration of experimental drugs with acetylcarnitine offers results in patients with severe depression in a few days. In contrast, current antidepressants take two to four weeks to work.

There are many people who get frustrated after a diagnosis such as depression. They feel this way for a fairly common reason. The lab tests aren’t always shown to them, be it the results of a blood test or of their CT scan.

As you may already know, psychological diagnoses are based on a series of interviews, tests, and observations by qualified professionals. This makes you think that if it isn’t in your blood, it just doesn’t exist. However, one could say that certain types of depression do have a biological correlation.

Moreover, there are many clinical tests capable of providing reliable and valid evidence that this psychological disorder is there, altering your life, your perception, and your emotions.

The Stanford University School of Medicine published new research that adds importance to a new biomarker: acetylcarnitine. (To treat acetylcarnitine deficiency, that is). Let’s review more data on this topic.

Why Is a Low Level Related to Depression?

Dr. Natalie Rasgon, a psychiatry and behavioral science professor at Stanford University, defines this discovery as exciting. It definitely is for various reasons.

First of all, because it’ll allow the field of medicine to respond to those people who don’t show improvement with ordinary treatments for major depression. Secondly, because they may be able to develop drugs with minimal side effects.

If you’re currently suffering from depression, taking acetylcarnitine supplements won’t improve your symptoms. The ideal drug with such a component and with an adequate mechanism of action is yet to come to fruition. In the meantime, we’ll help you understand how this molecule works.

Should You Take Supplements for Acetylcarnitine Deficiency?

As we pointed out above, direct supplementation doesn’t work as a treatment for clinical depression. It’ll still require more work and the development of new drugs that mix this supplement with other specific components.

Furthermore, it’s still not recommended to consume these supplements in healthy people who don’t have any obvious cognitive problem. The reason is simple: if you take charge and modify your lifestyle and eating habits, then your brain will be in top shape. There’ll be no molecule, vitamin, or neurotransmitter deficiencies.

To conclude, science continues to advance and now there’s a better understanding of how depression works. Little by little, they’ll reach that point where there are more effective strategies available to help the millions of people who are afflicted by depression.

The Sympathetic Nervous System
The sympathetic nervous system, a complex and fascinating part of the human body, is responsible for regulating situations that cause anxiety and stress. Read more »
Link copied!
Interesting Articles
Clinical Psychology
New Addictions: Classification and Intervention