Accept Others for Who They Are 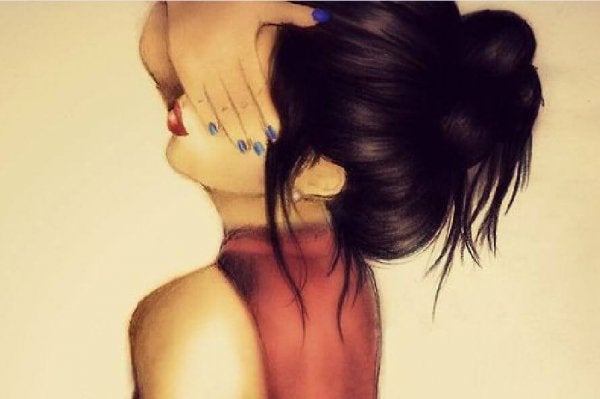 I like people who accept others for who they are, who don’t judge or criticize. I like them because they know their limits, and they know that although not everything that shines is gold, everybody has good qualities that should be celebrated.

This is the only thing that makes sense in a world full of imperfections. We’re all deserving of affection and acceptance. Understanding this and putting it into practice makes us better people not only in the eyes of others, but also in our own eyes.

Our capacity to relate with the world has a lot to do with our own internal dialogue regarding other people. That is, if we’re able to understand the significance of other people’s behavior and recognize their positive qualities, the light we shine will illuminate our path in life.

More and more people are raising their voices against the use of the word “toxic” to refer to people who are difficult to deal with. Even though it’s an easy, clear, and universal way to describe what you mean, we have to think carefully about the way we categorize the people around us.

We should consider that there are no toxic people, there are just people with problems. These problems can affect us more or less, but maybe calling them a “toxic person” does nothing but add another layer of difficulty to how well we coexist with them.

The first person to be affected by the idea of toxic people is the one who uses that term. Why? Because the “toxic person” could be ourselves, a relative, a parent, a child, or a friend. Also, if you reject toxic people, that means you’re not accepting them for who they are.

Or rather, the “toxic/non-toxic” duality can be dangerous because it implies that some people are bad, and everyone else is a victim. This keeps us from interacting with them responsibly, firmly, and compassionately. It causes us to run around aimlessly and crazily. And this will make us hit the same emotional walls that we’re trying to avoid.

We all have struggles and dark sides; we’re all human

People aren’t either acceptable or unacceptable. We’re just people, in all our complexity. We’re all acceptable to the extent that we strive to cultivate success instead of stigmatizing others for their flaws.

Instead of criminalizing other people’s problems, or our own problems, maybe we should start by learning to identify and understand their struggles and act accordingly.

After all, people who accept others the way they are, are good at seeing people, empathizing, and lending a hand instead of displaying victimized, aggressive, or defensive attitudes.

We all know what it’s like to feel envy, and we all know how destructive it can be. Haven’t we all compared ourselves with others or felt a certain sense of happiness or comfort over other people’s mistakes?

It’s human to feel that way, and it’s human to sometimes go against your own values. Some people get ridiculously jealous, which can turn into a huge source of suffering, and as fellow humans, we can help them to overcome it.

Obviously we don’t all feel envious, manipulate, and lie all the time. But we do all turn into these terrible “toxic people” once in a while. We all criticize ourselves and others, we’re all selfish sometimes, and we all play the victim.

We dislike people who don’t help or accept others. But when we do that, we turn into the very thing we’re condemning (how ironic!).

Protect yourself if you have to, but don’t run away in terror from people who have problems or who have shown you their less positive side. Accept them the way they are and try to resolve their suffering without criticism or judgment.

If you don’t, you’ll become the kind of person that you’re running away from. Remember that we all have some darkness inside of us. If you accept that, most of the darkness will disappear. Then, and only then, will you be able to appreciate the beauty of everyone around you.

Authentic people talk without fear. They say what they think and act accordingly. But in order to do so, they have…

Psychology
Depression Is a Demon

Andrew Solomon is an author, a psychology professor, and one of the world's leading experts on depression. In his last book The Noonday Demon: An Atlas of Depression, he offers…

We've all had the feeling before of knowing something was going to happen right before it did. We call them gut…