A Story about Respect - The Witch and the Sun's Sister

This article is about The Witch and the Sun's Sister, it's a story about respect and its moral is as useful for adults and children alike. 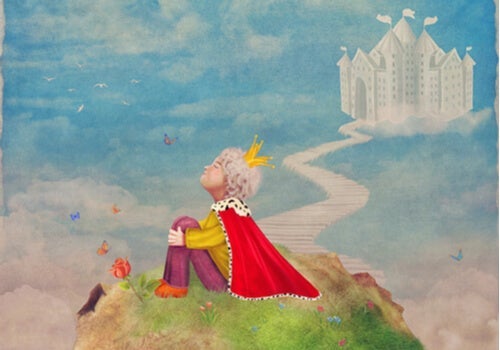 In today’s article, you’ll learn a story about respect and how it can help both adults and children alike. It’ll tell you how you can help build a fairer and equal society just by being humble and considerate with others.

Even though it may seem childish, this story is a fantastic tool for instilling values. Thus, it isn’t only relevant to children but ​​to people of every age. Thus, continue reading to discover the story of The Witch and the Sun’s Sister.

Since it isn’t possible to tell this story about respect as it is, you’ll only experience its most important passages. This way, every reader can get an idea of ​​its content. As per the old legend, a tsar and a tsarina lived in a very distant country. They had a son named Ivan who was mute. At a very young age, little Ivan befriended a stable boy from the palace who used to tell him stories.

When Ivan was 12 years old, he asked the boy to tell him a new story. Instead, the stable boy told him that his parents were going to have a daughter who would devour the entire family. He told him that he would have to ask the tsar for the best horse and flee as far as he could if he wanted to survive.

Then, Ivan spoke to his father, who was excited to hear his son’s voice for the first time in 12 years. Happy as he was, he gave the boy the horse. Subsequently, he rode on the steed wherever the animal wanted to take him.

Then, Ivan left and met many people on his trip and asked them for shelter. There were two old women among them who refused to give him shelter because they were busy weaving a piece that would eventually kill them. He also met two men: Vertodub, who would die when he finished uprooting some oaks, and Vertogez, who would put an end to his life after turning around some mountains.

Ivan was heartbroken. Then, he arrived at the palace of the sun’s sister. There, they welcomed him with kindness and treated him like a son. However, the boy was inconsolable and unhappy because he missed his home. Finally, the sun’s sister allowed him to go home after giving him a comb, a brush, and two magic apples that would rejuvenate anyone who ate them.

Ivan took the same route back home and ran into the people who didn’t give him shelter. First, he saw Vertogez, who had only one mountain left to turn. Thus, the young man threw the brush to the ground, and new mountains appeared. The man was very pleased and continued his work.

Soon after, he ran into Vertodub, who had only three trees left to uproot before he died. The boy threw the comb to the ground and large forests began to grow, so the man didn’t have to worry about perishing any time soon, as he had a lot of work to do.

Finally, Ivan came across the two old women and he gave them the rejuvenating apples. They transformed into young blossoming girls after eating them. Then, they gave the boy a handkerchief that could create a lake just by shaking it, as a reward.

Ivan made it home eventually and his sister welcomed him warmly. She asked him to play the harp while she made him dinner. However, she was a witch and was actually sharpening her teeth to devour him. Warned by a mouse, who took over the harp, Ivan ran away. Unfortunately, he didn’t run fast enough, which is why the witch was quickly catching up with him. This is when he shook the handkerchief to create a lake and delay her.

While he ran, he passed near Vertodub who, aware of what was happening, piled up tree trunks to create a mountain that would stop the witch. She would have to gnaw the trees to continue her pursuit. Then, he approached the area where Vertogez was working. The latter placed the highest mountain into the center of the road that separated Ivan from the witch as soon as he became aware of the situation. His goal was to delay her.

And so Ivan arrived at the door of the palace of the sun’s sister and asked for the doors to open to him, which they did. Meanwhile, the witch was demanding to have her brother handed over to her. She even proposed a deal: she would eat him only if he weighed less than her. Otherwise, she would allow herself to die at the boy’s hands.

Ivan weighed himself on a scale first. Then, when the witch got on it, he took advantage of the thrust of the witch’s weight. He did so to take a great leap that would take him to heaven. This is because that’s where the other palace of the sun’s sister awaited him. He stayed there forever, safe, and sound.

The moral of the story about respect

This tale of respect is the work of Russian author Aleksandr Nikolayevich. What was his purpose with it? The importance of humility, no doubt, to be considerate with others. This is because there’s often retribution to good deeds.

Finally, in addition to being a story about respect, there’s also an equal relationship between the people involved. Even though Ivan came from a privileged family, he was humble and generous enough to use his strength to favor others.

Benefits of Telling Your Children Stories
Pinocchio is one of the most classic stories for children. It tells the story of a wooden puppet who comes to life thanks to a good fairy Read more »
Link copied!
Interesting Articles
Stories and Reflections
Cronos Syndrome: The Fear of Being Replaced