A Series of Unfortunate Events: Irony and Lessons Learned

A Series of Unfortunate Events has many lessons to teach readers (or viewers) about morals and general culture. Whether you read the books or watch the series, you'll be immersed in an incredible world worth exploring, great for kids and adults. 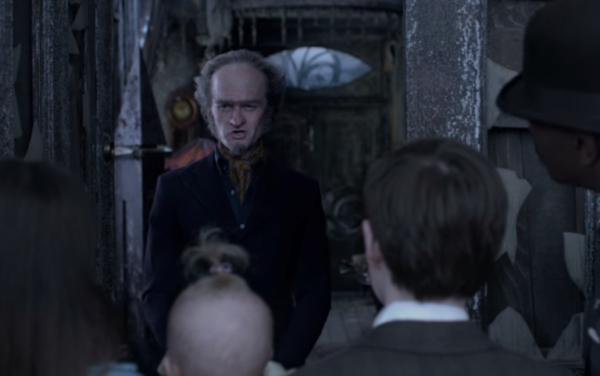 A Series of Unfortunate Events is a book series that was published between 1999 and 2006 by fictitious author Lemony Snicket. The real author of the series is American writer Daniel Handler. In 2004, the story was adapted for the big screen. Jim Carrey played the evil Count Olaf. The movie was fairly popular with audiences and critics, but the format was limiting. After all, there are 13 books in the series. There’s no way to fit all of that into a feature-length film.

In 2017, Netflix relased a new TV series adaptation. This time, Neil Patrick Harris plays the villain. Harris is also one of the producers of the show. The show’s creators warned audiences from the outset that the series would only have three seasons, and we’re grateful for every episode.

While the movie fell short, the new format allowed the series to delve deeper into the tragic tale of the Baudelaire children. If they had made it too long, it would have been completely unnecessary torture. The movie tried to take Handler on as a scriptwriter, but he was fired before the filming was over, presumably for his differences with the producer. For the Netflix series, however, Handler was involved as a screenwriter and producer.

The series recently ended and audiences didn’t seem to get tired of it. They didn’t want to squeeze the success for all it was worth, and let the show drag on and on. Instead, they choose to go out with a bang. A Series of Unfortunate Events is enjoyable and entertaining for audiences of all ages. At the same time, it does have a certain educational component that’s quite interesting.

Today, we’ll discover A Series of Unfortunate Events and its wonderful villain: Count Olaf. However, as Lemony Snicket would say, there’s still time for you to stop reading, to back away if you don’t want to know the great misfortune of the Baudelaire children.

WARNING: This article may contain spoilers

Today, we’re going to focus on the books, but we’ll also refer to the Netflix series since it’s a fairly faithful representation. A Series of Unfortunate Events is geared towards children, but it’s also full of references that only an adult audience could understand.

The series is a great one for getting young people interested in literature. All you have to do is look at the last name of the main characters and you’ll see that Daniel Handler (Lemony Snicket) borrowed their last name from famous poet Charles Baudelaire. People called Baudelaire a cursed poet. His life was dark and tragic, just like the life of these young orphans: Klaus, Violet, and Sunny.

Handler includes countless literary references. Mr. Poe gets his last name from Edgar Allen Poe, of course. The young orphans, especially Klaus, are avid readers and lovers of literature. As a result, the series is a macabre spectacle full of allusions and quotes from celebrated authors.

Irony is another cornerstone of A Series of Unfortunate Events. From the very beginning, the narrator warns readers of the awfulness of what they’re about to read (or watch). It’s true that many of the events in the book are terrible, but the way the narrator tells them immediately sparks your curiosity. When the books first came out, some people misinterpreted them. They didn’t pick up on the irony that permeates the story. It’s a kind of irony that isn’t necessarily common in literature for young adults and children.

Another important element is authenticity. How does Daniel Handler manage to make the story seem credible? Well, by disconnecting himself from his identity and presenting a character/author/narrator who tells the story as if it were true. This isn’t a very common literary tool. When authors do use it, they’re usually writing for adults. Lemony Snicket is the author of the books, he knows all the details of what happens, and he also uses lots of metaliterary tools.

Snicket explains the meaning of complex words, reflects on the events of the book, and on literature itself. He fulfills the role of author-character in an educational way. At the end of the story, you also find out that Snicket was related to the Baudelaire’s parents. Writers throughout history have explored this idea of an author/character who’s able to intervene, interrupt, and provide information. There are examples even in very early writing, such as The Prison of Love from Diego de San Pedro.

Handler also plays a little with superstition. There are 13 books in the series, and each season of the Netflix show has 13 episodes. For all those reasons, A Series of Unfortunate Events is wonderful for introducing young people to the world of literature. At the same time, adults can enjoy, reflect, and learn from this fantastic series.

Count Olaf: the faces of evif

Now that we’ve covered some of the basics of the series, it’s time to meet its terrible villain, Count Olaf. If you’re not interested in learning about evil and atrocity in its pure form, you still have time to stop reading. If you want to learn more, let’s go!

Both Jim Carrey and Neil Patrick Harris did a masterful job of bringing Count Olaf to the screen. The character is wonderful in and of itself, but their interpretations were spot-on.

Count Olaf is the mysterious antagonist of the story. He’s the legal guardian of the Baudelaire children after their parents tragically die in a fire. We soon learn that he’s also involved in the VFD, a secret organization of which the children’s parents were also members. Olaf is actually an actor, but he has zero talent. He’s unpleasant, greedy, vain, and completely immoral.

In the series, Count Olaf represents the many facets of evil. He’s also quite ignorant and uneducated. The children often correct his grammatical mistakes. It’s very interesting how the series deals with the issue of false appearances and how the adults seem to be the ones most blind to it.

All of the adults take what they see at face value. When Olaf puts on a disguise, everyone is always completely fooled by his terrible acting. Everyone except the children, that is. They’re the only ones who seem to realize what’s actually happening. Things aren’t always what they seem, and that’s precisely what A Series of Unfortunate Events is teaching us. The world of adults is all about appearances, but children are able to see below the surface.

The world in the books is quite realistic, in spite of the anachronisms and exaggerations. This real and well-known framework invites you to think about how what you’re watching has to do with reality. This is what makes the phrases, criticisms, and lessons from A Series of Unfortunate Events so meaningful.

In a way, the series encourages children to overcome adversity, trust their ingenuity, and develop all of their skills. Also, it warns adults about the consequences of doubting what children say. In the show, grief is tragic but it isn’t the end. On more than one occasion, Lemony Snicket talks about death, loss, and fate. He reminds us that none of us know when we’re going to die.

Instead of giving up and giving in to their misery, the Baudelaire children never stop fighting for their happy ending. They always try to find the positive side of things even when their surroundings are filled with negativity. There’s always a way out. After all, no matter how tragic a loss, it doesn’t mean your own life has ended.

A Series of Unfortunate Events combines comedy with mystery, darkness, and the macabre side of life. It also leaves a place for fantasy and values survival. There are things that seem impossible to come out of alive, but if you try, you can always keep going. This is an instinct we all have that can rescue you from desperate situations.

“Fate is like a strange, unpopular restaurant filled with odd little waiters who bring you things you never asked for and don’t always like.”

Big Fish: The Fish As a Metaphor for Life
Big Fish, directed by Tim Burton, is loaded with symbolism and metaphor. It is just the opposite of "normal" Burton. Big Fish is all color and light. Read more »
Link copied!
Interesting Articles
Literature and Psychology
The 5 Best Quotes About Love in Literature

There are many unforgettable quotes about love in literature. In fact, literature has always been a fertile ground to shed…

Literature and Psychology
Rainer Maria Rilke, the Poet Who Taught us to See Light in the Dark