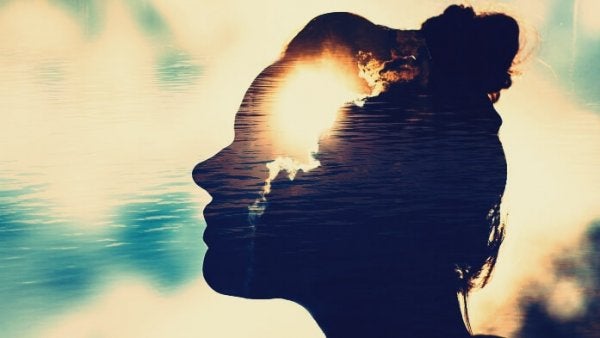 Magnetic minds are deeply attracted to knowledge, experiencing things, feeling things, and creating emotionally intense connections with people. Essentially, these people have hearts eager to find meaning in life. But when they don’t find a meaning big enough, they are at risk of depression or serious disappointment.

Maybe this term, “magnetic minds,” is new to you — maybe even strange. We all love putting labels on personality types, behaviors, and life in general. But the one that we’re talking about today isn’t as new as you might think. It first appeared in 2000 in a book by psychologist Mary-Elaine Jacobsen, titled “The Gifted Adult: A Revolutionary Guide For Liberating Everyday Genius.”

“As we acquire knowledge, things do not become more comprehensible, but more mysterious.”
-Albert Schweitzer-

What she and a lot of other psychologists have seen for years in their patients is one very specific personality type. And no one has named it up until recently. They are people who shine, who dazzle not just with their knowledge, but even more so with their amazing sensitivity, intense passion for life, and high (sometime too high) ideals.

They want to build a rewarding professional future for themselves in line with their abilities. They want relationships where they can experience intense emotions and create a meaningful life together. And they seek out friends they can connect to on an intellectual and especially emotional level.

We could say that people like this see no middle ground. Everything has to be intense, everything should give them an eye-opening and almost magical feeling they can harness to create something.

As you can probably imagine, this kind of personality constantly contradicts itself. The magnetic mind and its high expectations almost constantly crash into harsh reality.

A lot of people confuse magnetic minds with high IQ. But we should clarify that that’s not always the case. These are people with an enormous ability to achieve things. They’re curious, eager to gather knowledge and experience, and most of all, to get emotional enjoyment out of the whole process.

Magnetic minds have a “tree branch” way of thinking. They climb from one concept to a deeper one, and then they jump up to another idea, and another. They get interested in a lot of things at once and dive into them out of pure curiosity. They have a restless need to know and discover.

Their minds work very fast, and they’re very aware of stimuli. Sometimes they get frustrated because they can’t pursue all of these signals at once.

One of their most characteristic traits is their ability to connect with people. It’s just like the name says: “magnetic.” They find it very easy to understand other people’s needs, read their emotions, and intuit other people’s interests. All the while they hope they’ll respond in the same way with the same emotional intensity.

But this doesn’t always happen, and they feel the disappointment deeply. Criticism, lies, and emotional coldness can be very devastating and painful.

Magnetic minds are constantly hearing things like, “you’re too enthusiastic,” “you’re too sensitive,” “you’re too dramatic,” “you move too fast.”  As you can see, “too much” is the common theme here.

But they think there’s “never enough”

And here comes the eternal contradiction within magnetic minds. In their heads, even though people around them think they live in constant excess (especially emotionally-speaking), they themselves think there’s always something missing. They sense gaps and feel the need to work harder. There’s so much to do, they think.

They are eternally dissatisfied. Why? Because they can’t find meaningful interpersonal relationships, because life keeps on going with no meaning at all, and because maybe they should’ve worked harder and learned more…

So it’s common for them to go through very tough, anxiety-filled times, and maybe even depression. They’re very sensitive. In their days or months of isolation, a lot of them will dive even deeper into their thoughts, trying to forget their disappointment through books or new classes. Basically, accumulating knowledge.

To conclude, what magnetic minds need most is to feel full and accepted. It’s never easy if you constantly live at such a high emotional frequency with a never-ending desire to accumulate knowledge and find meaning in life.

Finding their magnetic “north” isn’t easy, we know that. So they need to learn to keep their feet on the ground and find balance. They need to understand that life doesn’t always have the meaning you want it to. And lastly, they need to see that a lot of times the answers aren’t outside somewhere or in anyone else. They’re inside them.

Link copied!
Interesting Articles
Psychology
Feeling of a Presence, is There Someone Here With Us?

A growth mindset is about working to become the best you. Beyond what others might think you are, or what…

Psychology
Creativity Depends on Where You Come From

With the "creative class" on the rise, many companies are trying to capitalize on imagination and innovation. But when it…

Do you know authentic people? Are you one of them? Do you how what they're like? It's possible that you…