The 8 Best Books on Psychoanalysis 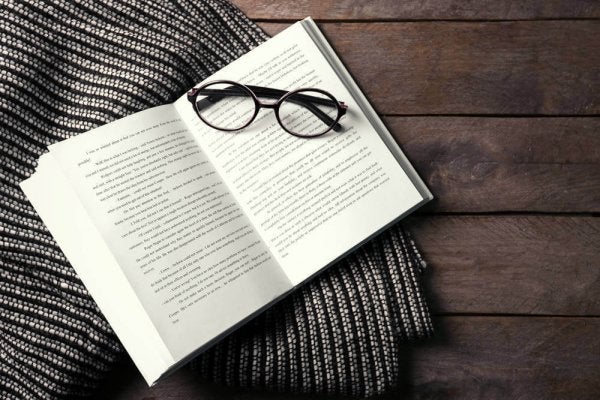 Psychoanalysis is a fascinating field: its theories and hypotheses are just captivating. Although that’s true, some books on psychoanalysis, especially by certain authors, might be a bit complicated at the beginning for anyone who isn’t familiar with the territory.

Most of the significant books on psychoanalysis will have to be read very carefully. They will take awhile to digest. To put it another way, they’re not the kinds of books that will wake you up if you’re sleepy.

On top of that, you’ll probably have to re-read some paragraphs multiple times to figure out what they mean. Other times you just move on and hope something else explains it later. You’ll probably have an epiphany. In psychology they call that an insight.

But there are some books that are really worth the effort. So no matter how many outlines or summaries you might find of a certain one online, you should remember that the original version will always have a special something. So today we’re going to give you a list of recommended books on psychoanalysis that have had the biggest impact.

Books on psychoanalysis: its beginnings

This is a short book written by Josef Breuer and Sigmund Freud. In this one they talk about treating five young hysterical women with an innovative kind of therapy. What they did was bring up forgotten or repressed traumatic memories with hypnosis.

One of these was the famous Anna O. case. She was one of Breuer’s patients and the first one they treated with the “cathartic method.” It was the step that came before the basic psychoanalytic technique called free association (invented by Freud). It ended up being an iconic case of early psychoanalysis.

This book shows two different points of view about what causes hysteria. One says it’s neurophysiological and the other one says it’s psychological. The first idea was Breuer’s and the second was Freud’s. But the book wasn’t exactly well-received by  European doctors then because it broke with conventions.

The Interpretation of Dreams (1900)

The Interpretation of Dreams is one of Sigmind Freud’s best-known books. This is where he first talked about his theory of analyzing dreams. He saw them as the “hallucinatory” fulfillment of desires, which is why he said interpreting dreams was “the royal road to a knowledge of the unconscious activities of the mind.”

You’ll see here a method of analyzing dreams by using free association between the most important symbols in each dream. You’ll also find a step-by-step explanation of the psychological system that became Freud’s main topic.

The strange thing with this book is that it wasn’t very successful in its first years. It was only after a new, expanded edition about universal symbols that people started to take notice.

But this expanded version also generated some controversy and was criticized by other psychoanalysts. They thought that dreams were extremely subjective and so you couldn’t analyze from a general point of view.

Most of this book takes its material from the dream analysis done by Freud himself. He used his research as the basis for his theory. The tool he came up with to help was free association. Free association is thinking of the most significant symbols in a dream.

Three Essays on the Theory of Sexuality (1905)

This book, along with the prior one, is one of Freud’s most important works. Here Freud talks about his theory of human sexuality, which focused especially on childhood. This is the book where you’ll find his famous, controversial statement: “children can become polymorphously perverse.”

With this book Freud wanted to explain his idea that perversion exists even in healthy people. He said that the path to a mature and normal sexual attitude actually starts in childhood, not puberty.

He went into human psychosexual development, talking about things like penisneid (penis envy), castration anxiety, and the Oedipus complex. Thus, it is a must-read if you want to understand the evolution of psychoanalysis.

There are a lot of different authors in the arena of humanist psychoanalysis. But Erich Fromm was the person who invented the concept. It came out of his training as a Freudian psychoanalyst, and he brought in ideas from Buddhism and Marxism too. Now we’ll tell you about some of his most important books.

This book tried to explain some parts of a modern day crisis, which was especially big in Western civilization. It had to do with freedom. Fromm references two different phenomena.

He used these two concepts to explain the different ways the crisis manifested. He said that the two different ways were just collective ways of avoiding reality.

But it had huge consequences for people in modern industrial society. It meant that they realized their own insignificance, felt morally empty, and felt like they had no choice but to sacrifice their body for the sake of external, invisible powers.

This is another Erich Fromm book you just can’t miss. Even though it falls into the category of books on psychoanalysis, it’s actually a light read. But that doesn’t mean it’s not still a deep look at human nature and the theoretical ideas he had started to develop in Fear of Freedom.

In this book, Fromm says that love can come out of a theoretical view of something. Why? Because that raises it to the level of art. And art has theories and practices you have to master.

So one of the most important ideas from this book is that love is an answer to the problem of human existence. That’s because the more love develops, the less separation there is between two people, but without either of them losing their individuality.

Jacques Lacan was a French Freudian psychoanalyst. He’s known for theories that followed in Freud’s footsteps, but his books are quite hard to understand at first. He’s not easy to get into on your first try. It might even seem uncomfortable or meaningless.

But you’ll usually figure out the logic behind his ideas when you let his writing bounce around in your head for a while. After some time, things will start to make more sense. If you read his books really carefully you’ll definitely discover some surprising ideas.

This is a fascinating book. What Lacan does with this one is develop his theory about psychosis. His ideas are revolutionary and innovative. What we mean is that he gives a different vision of  our usual idea of psychosis. It goes from what causes psychosis all the way to how we treat it.

He also does a study of the book Memoirs of my Nervous Illness, an autobiography by Daniel Paul Schreber. He was the president of the German appeals court and later developed paranoid schizophrenia. It was a book Freud took a lot of interest in, and Lacan developed an entire theoretical understanding of it. It’s an absolutely fascinating take on Schreber’s case.

This one is by the French writer Françoise Dolto. Despite being on our list of books on psychoanalysis, it’s pretty easy to read and incredibly realistic. Those are both major qualities of her writing. This book also breaks out of the mold by flipping the order: she sees the world from the children’s point of view and focuses on what children want.

Françoise Dolto doesn’t just talk about listening to children and understanding them through their own language. She also says it’s important to talk to them in our own language without pushing it on them. It’s a valuable, clear-headed book that won’t disappoint. It will definitely move you if you’re only discovering her now.

The Language of Psychoanalysis, by Lapanche and Pontalis (1967)

The last item on our list of books on psychoanalysis will help you understand terminology of the field. It’s extremely useful for anyone who’s just getting started reading books about the subject.

It has very clear explanations that make comparisons between authors. That’s why it’s so great to have on hand if you want to understand some of the basic issues. Then you’ll be equipped to really dive into psychoanalysis.

Every concept you find in it has a definition and a relevant comment, and they’re always very clear. At the beginning of each article you see all  synonyms for the term in German, French, English, Italian, and Portuguese.

To sum up, it’s a very useful research tool. We’d even go so far as to say that it’s absolutely necessary in the advance of psychoanalysis and in bringing its most important terms and concepts to new readers.

It’s not just an alphabetical dictionary of concepts, though. There’s also a wonderful structure for references between articles that will help you relate concepts and orient yourself in the huge web of associations of psychoanalytic language.

Carl Jung and Astrology in Psychoanalysis
Jung was convinced that within each human being there is an innate disposition to be what they really are. This is not acquired but is born with each of us. Read more »
Link copied!
Interesting Articles
Psychology
The Importance of Physical Affection for Children and Adults

We often underestimate the importance of physical interaction with those we cherish and love. We assume that physical contact is…

Cannabis isn't just the most highly consumed illegal drug in the world. It's also one of the drugs with the most…

Psychology
Biography of Viktor Frankl, the Father of Logotherapy

Many don't know whether to call Viktor Frankl a hero, martyr, or great thinker. The truth is, he was some…

Interesting Articles
Brain
What's Olfactory Memory and How Does it Work?