7 Ways to Help Give a Child a Peaceful Childhood, from Pregnancy On 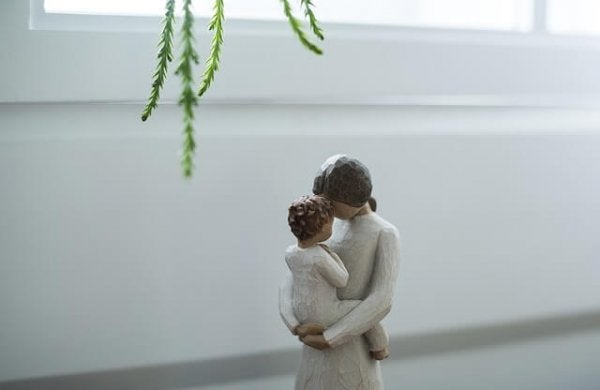 Stress affects all, regardless of age. Children feel stressed too, even before they’re born. Factors that trigger it in children tend to be hard for adults to pick up on, but can be very challenging for children. That’s why it’s so important to do what you can to foster a peaceful childhood and anxiety-free adulthood.

Children have a lot of stressors to deal with in their young lives. Leaving their parents to go to school, getting scolded by a teacher, fighting with friends at recess, being punished for not eating their dinners, learning to sleep alone.. These are the everyday problems that children have to resolve with their limited tools and resources. Children don’t have the maturity to deal with this kind of stress on their own.

Michel Odent, a well-known French obstetrician, has dedicated his life to studying how pregnancy and birth influence the emotional development of children. Dr. Odent believes that the emotional state of the pregnant mother plays a crucial role in development.

In fact, he says it has a stronger long-term influence than the child’s own emotional state during his first year of life. Dr. Odent’s theory shows us that any external factor that gives the mother stress  has repercussions on the unborn baby too.

“It is important to care for and protect the emotional state of pregnant women. After all, they are growing our future generations. The physical and emotional health of the babies about to be born depend on her well-being and emotional balance.”

During pregnancy, a woman may feel nervous or worried or uncomfortable. She has to undergo tests. None of this should be harmful to the baby in her womb, however, as long as it is only occasional. But when stress lasts over a prolonged period of time, it can cause physical and mental harm to mother and baby.

Be careful with teratogens

The prenatal uterine environment is much more constant than the external world. However, there are environmental factors that can affect the embryo and disturb a peaceful gestation. We call these teratogens. Children exposed to these agents, directly or indirectly, may suffer from structural or functional abnormalities. That is true during pregnancy as well as after they are born.

The consequences of exposure to teratogens can be quite serious. Teratogens can cause low birth weight, premature birth, birth defects, and even death. Parents, and society as a whole, have a lot of work to do to create a safe environment for fetal development.

Some teratogens are psycho-active substances. In fact, the most well-known effect of nicotine during pregnancy is low birth weight. But it can also cause miscarriage. Radiation, environmental pollution, and bacterial and parasitic illnesses such as toxoplasmosis, chicken pox, or mumps are also dangerous.

A balanced diet for the mother before and during the pregnancy is crucial for proper development. It helps with healthy development in utero and prepares the child for birth. In fact, the mother’s nutritional state pre-pregnancy influences the baby’s weight more than how much she gains during gestation.

If the pregnant woman has nutritional deficiencies, a peaceful and stress-free gestation is hard to achieve. Some effects of malnutrition on the baby are a suppressed immune system and incomplete development of the nervous system.

For a baby, birth is a highly stressful and “traumatic” time (Otto Rank, 1923.) The baby has to transition from being protected and dependent in the womb to the outside world where he must breathe on his own. The baby has to adapt to a lower temperature and changes in light and sound. All of the sudden, he has to be somewhat autonomous.

Scientific research shows that natural birth is healthier for mother and baby. In natural birth, use of synthetic hormones isn’t required. For example, the use of synthetic oxytocin (Pitocin) can lead to certain difficulties during birth. But even when there are no interventions, the baby will still feel the impact of his new surroundings.

Providing a child with a peaceful childhood means creating favorable conditions for their development. After birth, it is important that the newborn’s internal regulation system adapts to the new environment.

Skin-to-skin in the first hour

What a beautiful moment! That magical instant when the newborn first comes into contact with his mother’s chest. Research shows that early physical contact improves lactation and calms babies down. Skin-to-skin contact makes the first hours after birth less stressful for the baby.

This is also a moment of ecological transition (Bronfenbrenner, 1979). After birth, the physical connection between the mother and the baby during pregnancy is replaced by a psychological connection.

After birth comes the period of exterogestation, or the second nine months of the baby. During this stage, the baby continues to “gestate” outside of the womb. The mother becomes the baby’s physiological and emotional regulator. That’s why it’s important for her to pay attention to the emotions she is passing on to the baby. If the mother is stressed, the baby might reproduce the same toxic response.

As the child grows, so do his relationships and inner circle of friends. So, the child must have a group of adults that make up a network of protection and support.

That doesn’t mean that the adults overprotect the child. It just means that the child has a source of support that he can turn to for help in difficult situations. Instead of being hypersensitive to stress, his childhood will allow him to develop resilience and the ability to overcome adversity.

If the child has a stress response for some reason, his primary attachment figure will act as a shock absorber. This means that a child who doesn’t have this kind of network of support will suffer more from stressful situations. Children need an adult to give them love, care, and protection. Only this kind of barrier to stress will ensure a happy and peaceful infancy and childhood.

5 Tips for Expressing your Emotions
Expressing emotions is excellent for your health, but it must be done in a healthy and responsible way. Here are 5 tips to help you. Read more »
Link copied!
Interesting Articles
Psychology
What's the Difference Between Clinical Psychology and Neuropsychology?

Psychology
What Is An Antidepressive Mind?

Children are often forgotten when it comes to talking about grief and loss. As adults, we need to help them express…

Psychology
The Impact of Having an Absent Mother