7 Things That Affect Your Relationship with Yourself 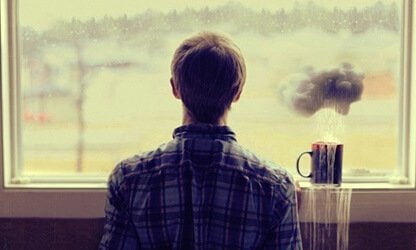 There are many things that can harm your relationship with yourself. In the end, all human beings try to get what’s best for them. But human beings are paradoxical and often complicated, which is why people act in ways that go against their well-being.

In your adult life, your most important relationship is the one you have with yourself. You’re supposed to have enough knowledge and experience to do what you want. It’s a freedom that you may sometimes use, consciously or not, to make decisions that damage your relationship with yourself.

No one intentionally starts internal conflicts. You’re probably trying to feel good as best as you can, like most people. And if you feel good, you want to feel better. The problem is that there are preconscious or unconscious mechanisms that keep you from doing it. Here we’ll talk about those mechanisms.

“People often say that this or that person has not yet found himself. But the self is not something one finds, it is something one creates.”

Psychological dependence damages your relationship with yourself. It arises from a feeling of worthlessness. Psychologically dependent people believe they need support and protection, without realizing that they really don’t. Thus, they restrict their independence.

In some cases, this kind of feeling results from growing up with strict parents. These people have never been in situations that challenge their abilities since their parents overprotected them.

2. Not living in the present moment affects your relationship with yourself

Not living in the present moment is a way of distancing yourself from the world. Everything that isn’t the present exists only in your mind, either as memories or prediction.

Not being able to focus on the here and now hurts your relationship with yourself. It’s a habit that results in lack of action. Because the past and the future exist only in your mind, you’re likely to focus more on your thoughts and less on your actions.

We all like to assign the “mandatory” label to a lot of tasks that aren’t really of that nature. In many cases, the “I have to” only exists in our imaginary world. It’s only an option that we’ve chosen ourselves and that, deep inside, doesn’t really represent an obligation.

This line of thought affects your relationship with yourself because you’re focusing on more things than you should without enough resources to do them all. It’ll be harder for you to feel like you’ve done something good, for example, if you think that a task had to be done in a certain way and you couldn’t do it exactly like that.

This is when you take responsibility for things that you didn’t do or when you build a habit of biting off more than you can chew. It’s obviously something that affects your relationship with yourself. You end up judging your actions, your thoughts, and even your desires.

There are many things in life that you can’t achieve. This doesn’t make you weak, it just makes you human. There’s no need to take the blame for anything. If you make a mistake, try to fix it. Then, move on.

Believing in luck or overestimating its influence on what happens makes you more passive. At the same time, it can make you superstitious and make you use your resources to act based on thoughts and not on facts.

Luck can be important in life, but that doesn’t mean we’re all living lives that have already been written. It also doesn’t mean we can’t choose what happens or that we don’t decide our own fate.

Prejudice allows us to work in a simple reality (one that isn’t very challenging), which reduce our cognitive abilities. Prejudice is generalizing things or people. Being prejudiced harms your relationship with yourself because it reduces your perspective and keeps you from moving forward. This encourages irrational fears and limits the quality of the people you surround yourself with.

7. Being obsessed with fairness

Not to mention that we often associate ‘good’ with ‘fair’, which isn’t always the case. When interest in fairness turns into an obsession, you’re likely to judge things that don’t concern you.

All these things damage the relationship you have with your own person and become obstacles to achieving a state of well-being. The good thing is that it’s not very hard to turn it all around and work on building a more constructive perspective.

2 Ways to Be Kind to Yourself
We usually end up treating ourselves too harshly. The first step to handling the pressures of the world is to first be kind to yourself. Read more »

Link copied!
Interesting Articles
Wellness
Saying Goodbye to Someone Who's Going to Pass On

When someone you love is going to die, it's hard to find the words to say goodbye. In the midst…

Humans have been talking about the influence of the moon on emotions since the dawn of time. It came up all…

Repressing our emotions is something we all do, some more than others. Sometimes, what we've been taught to do since childhood; the…

Wellness
I'm Interested in People Who Are Crazy for Life

I don't want people by my side who transmit negativity, who only see the bad in everything. I want people who…

Wellness
For Self Growth, Ask Yourself These 30 Questions

Have you ever found yourself faced with a mental block affecting your vision of life, happiness, and human relationships? Have…

Wellness
The People Who Sell You Paradise At A Price