In this article, we're going to look at seven science fiction series with a psychological touch. Read on to discover them! 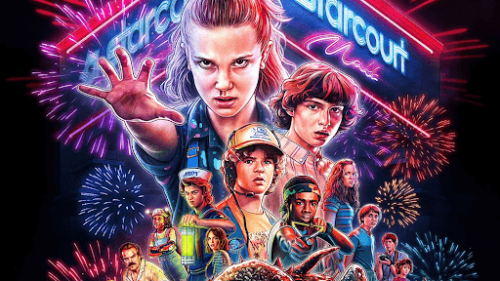 There are many interesting science fiction series. We’re going to take a closer look at some of these series from a psychological standpoint, which are interesting whether you’re a fan of this genre or not.

When we think of science fiction or fantasy, we imagine incredible worlds, dystopian futures, and unrealistic stories. However, years ago, many television and cinema writers abandoned these topics and focused on other problems, such as questioning the role of humans in the universe, the future of our species, the best way to act during a crisis, or how humanity would mutate according to circumstances caused by others or nature.

Next, we’re going to look at some science fiction series, as well as some fantasy ones, that give us a peek into the imagination of their creators.

Undervalued by many people, the modern version is shot in the 21st century and is a clear example of a series that offers much more than spaceships, action, and mysteries.

Considered to be an excellent space opera, during its seasons, we meet a group of humans who flee from their colony to return to their original home, Earth. Along the way, they have to deal with politics, relationships, paranoia, drama, and powerful reflections on humanity, destiny, technology, and science.

Futurama, one of the best science fiction series:

Created by Matt Groening, this animated comedy series sends as 20th-century human pizza delivery boy to the distant future, where he discovers how humans evolved.

Obviously, there’s a lot of light-hearted humor. However, with some irony and self-confidence, it reflects on human beings, the path our species chooses, and the absurdity of some behaviors that, no matter how many years go by, don’t change.

At first, this Netflix series can make people who aren’t science fiction fans doubt whether this is the show for them, due to its cyberpunk aesthetic and excessive violence. However, if you can get past these two issues, it leaves some very interesting reflections.

Once you get over the violence and bloody scenes, it reflects on the chaotic and unequal world, where we’re heading in our lives, the meaning of everything, and immortality and mortality.

Another interesting Netflix series is Stranger Things. Despite the show’s youthful background, an interesting psychological aspect regarding concerns and desires is ingrained in it.

Without a doubt, the value of friendship stands out above all else in this show. This aspect plays a fundamental role in this science fiction series. However, it also deals with respect, solidarity, and the human capacity to excel.

This terrible dystopia is based on a book by Margaret Mitchell. It shows a future where the economic elite is established with the sole purpose of procreation. This is because the world has a serious fertility problem.

This excellent series shows how peer pressure can make a woman’s life almost impossible. In addition, it analyzes the effects of lack of freedom and movement in a dictatorial and oppressive environment.

The most successful science fiction series in recent years added a fantastic touch to a medieval human past. It’s based on the books of George R. R. Martin.

The series tells in the story of several families and, above all, focuses on ambition, betrayal, and the difficulty of finding justice in an unfair world. Also, it deals with the complexity of governance in violent environments.

“Why is it that when one man builds a wall, the next man immediately needs to know what’s on the other side?'”

The Man in the High Castle

This is a series that, along with The Handmaid’s Tale, we consider among the most disturbing of the moment. It tells the dystopian story of a world in which Nazi Germany and its allies won World War II.

Based on a book by Philip K. Dick, the series is endless speculation. What would a world dominated by Nazi Germans and the Imperial Japanese look like? Would the rest of humanity accept such domination?

These are only a few of the amazing science fiction series that exist. For example, Fringe, Watchmen, and The Witcher. All of them introduce us to worlds that help us to reflect on many essential aspects of life. Enjoy!

The Psychology Behind the Netflix Series Mindhunter
Mindhunter is a fascinating series that gives a real insight into some of the most important advances in criminal profiles. Find out more... Read more »
Link copied!
Interesting Articles
Cinema, Television, and Psychology
3 Movies for Self-Discovery