According to paleontologist Juan Luis Arsuaga, the pandemic crisis merely accelerated some processes that were already brewing. Do you know which ones they are? Continue reading to find out more about it. 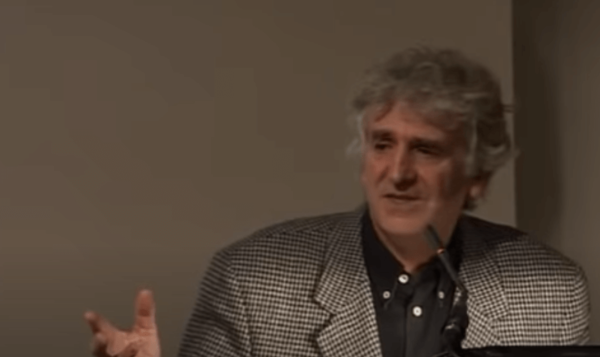 Juan Luis Arsuaga, a paleontologist, expert in human evolution, Prince of Asturias award winner, and professor at the Complutense University of Madrid, has made some interesting reflections on the current pandemic. He advises restraint, realism, and humanism. Also, he advises maintaining good sense to tackle the crisis and sees innovative solutions to it straight from his field of study.

One of Arsuaga’s best-known phrases is “Life is a permanent crisis“. By it, he means that death is normal and life is extraordinary. He points out that every species is constantly on the verge of extinction. That none of them are stable, mainly because instability is an intrinsic part of life.

“Prehistoric humans who discovered death reacted by celebrating life. Through self-adornment and embellishment, they affirmed their existence, defying the final tragedy to come.”

What worries Juan Luis the most is the proliferation of magical readings that the pandemic brought along. Many people view the virus as a form of divine punishment, an announcement of the end of the world, or the result of some curse. He believes the situation paved the way for many charlatans who give supernatural interpretations of what’s happening.

This paleontologist emphasizes an obvious fact: epidemics and pandemics are normal and expected and it’s precisely, for this reason, that there’s such a thing as “epidemiology”. Viruses are so potentially harmful. Thus, there’s also such a thing as virology. The only thing that’s different about this pandemic is the fact that it questions the current model of society.

Travelers spread the virus around the world; that’s a fact. They did it because it’s now quite affordable to travel around the planet. To do so, a person boards a plane that’s often full of people. An enclosed space in which the spray of one cough most likely reaches at least five people.

In Arsuaga’s opinion, life is about solving problems. Thus, solving them is about attaining a balance that’s constantly near a tipping point. It’s something like being able to remove or place a new piece without hurting the structure or its foundation. Only minerals and dead beings are free of problems, he says.

Arsuaga says that when there are concatenated crises (that is, crises on one side that lead to a new crisis on another side) there’s always the possibility that an entire civilization will die. It happened to the Roman Empire, which went down due to a series of successive crises from which it couldn’t recover fast enough. Thus, the key factor isn’t the crisis as such, only its recurrence.

The health crisis will surely be overcome because there’s potential for it to do so. However, if you add an economic crisis, a social crisis, perhaps a military or climatic crisis to it, things will be different. All crises happening at the same time could end civilization as we know it. The right thing is to sensibly solve each problem.

The important thing, says Juan Luis Arsuaga, is what the world can learn from all this. When there’s finally a solution for the disease, let’s not forget how important it is to fund research and science. For this thinker, scientists shouldn’t have the leading role in this crisis, but politicians. So much of what happens will depend on the decisions of those in power added to the individual decisions of every person.

There are reasons to be optimistic

Like other thinkers, Arsuaga thinks the pandemic won’t bring change on its own. What it’s doing so far is merely accelerating processes that were already developing. Among them, the tension between the neoliberal model and the objective need for a welfare state for the majority.

He adds that every era has a crisis and that the pandemic is what happened in the current one. He warns that these types of situations promote fear and that people are more likely to give up their freedom and rights when they’re scared.

Even so, despite the pandemic’s ups and downs, Arsuaga believes that it’s indeed activated the cooperation spirit in many people. This is concentric and oriented to the immediate family first, then to the extended family, then to friends and acquaintances, and finally to the region, the country, and the world. In his opinion, the problems won’t be solved after the crisis but people will be more aware that we need one another.

Emotional and Rational Decisions: Which Are Better?
Do you decide with your mind or with your heart? In this article, we'll be looking at emotional and rational decisions and which are best. Read more »