7 In-Demand Jobs for the Next 5 Years

The jobs that will be in highest demand over the next few years are those that take advantage of new advances in technology, as well as those that help to solve problems that technology creates. 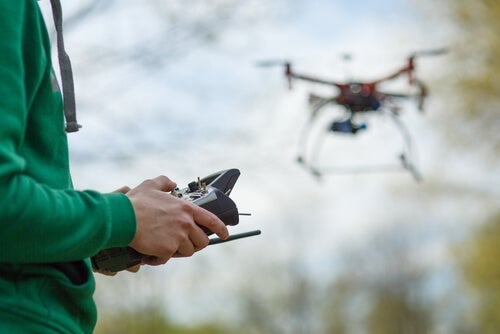 The world is changing at a dizzying pace. Things we can’t live without today may be gone and forgotten just a few weeks from now. While this doesn’t apply to fashion or more trivial aspects of our lives, it does apply to more serious matters, such as jobs. As such, we need to look to the future. With this in mind, it’s worth taking a look at some of the top in-demand jobs for the next five years.

Many unskilled roles and jobs that involve manual labor will likely disappear in the short, medium, and long-term. In other words, if a role can be automated, people will be replaced by machines.

Many of the professions that will be in highest demand in the years to come are closely related to technology. However, there are also some more traditional roles that look set to become more important, meeting the demands of new lifestyles and priorities. Let’s take a look at some of these jobs in more detail.

“A career is born in public, talent in privacy.”

All aspects of human life are slowly going digital, in one way or another. As a result, there’s an increasing demand for the apps we use to become safer and more user-friendly, as well as being compatible with a wide range of different devices.

App developers will have a lot of work to do over the next few years, and they’ll need to learn to adapt quickly to a rapidly changing environment. This is a role performed by software engineers, those studying computer engineering, systems engineering, or those trained in app development.

Another job that will be in high demand in the coming years is that of drone pilot. It won’t be long before all courier services are done via drone. The same applies to public transportation, with self-driving vehicles already in the works.

In the not-too-distant future, drone taxis and volocopters will be all the rage. Anyone who knows a thing or two about drones will be in great demand in the short and medium term, whether it be drone pilots, mechanics, or experts in navigation systems.

3. Agro-food engineer, one of the in-demand jobs for the future

In the coming years, it’s likely we’ll also see huge changes in the field of food technology. The state of our planet, from climate change to the desertification of certain regions and the growing population, has made improving food production a priority for many.

As a result, agro-food engineers will be essential in the years to come. These professionals are trained in producing and preserving food, with genetic engineering becoming an increasingly important part of the industry as a whole.

With technology threatening many of our jobs, unemployment is likely to rise. As such, social services will become increasingly valuable over the next five years. If the current system doesn’t change, social and wealth inequality will only worsen.

The work done by social workers will be essential, helping to reduce and manage tensions within society. This means that they’ll undoubtedly have a bigger role in all areas of both the private and public sectors.

5. Physiotherapist, another of the in-demand jobs for the future

Among the more traditional jobs that are currently on the rise is the role of physiotherapists. This is largely due to the aging population. In the future, experts predict that the elderly will make up an even larger proportion of the population than they do today.

In addition, our jobs are becoming more and more sedentary, giving rise to a multitude of muscular, bone, and circulatory issues. This means that more people will be forced to seek help from health professionals, with physiotherapy likely to become a part of everyday life.

It’s clear that video games are here to stay. The world of gaming has undergone an incredible transformation over the past few decades, and this looks set to continue for many years to come. Creating these increasingly realistic and complex worlds is a huge task.

It’s very likely that video games will also become an important part of the education system in the years to come, and will soon be used in schools on an almost daily basis. As such, video game designers will be in increasingly high demand.

Industrial engineering is another profession with a long tradition, and looks set to have an equally long and bright future. Technology, and all its many applications, helps to develop new manufacturing, production, and distribution methods. For all this to be done properly, industrial engineers are essential.

Automating the production process requires expert professional knowledge. Those who specialize in areas such as nanoscience and robotics, two fields that will be vital in the next few years, will have plenty of opportunities to choose from.

Needless to say, many other jobs that aren’t featured on this list will also be in huge demand over the next five years. In fact, many of the jobs that will be most in demand probably haven’t even been invented yet, and will only emerge as new technology evolves. The important thing here is to be aware of the changes that look set to rock the professional world, and any aspects that will impact our future.

Organisational Psychology
Fired After Starting a New Job - What to Do