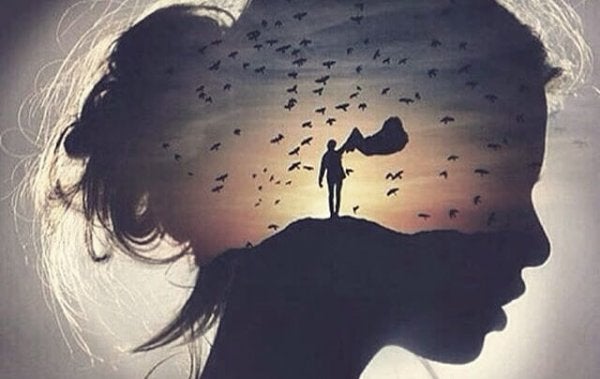 Hermann Hesse’s quotes are an invitation to reflect on life and the search for identity. They are a gift to all those who wish to know themselves better and discover who they really are. His great legacy, which is deeply spiritual and psychological legacy, is well worth reading.

Hermann Hesse was a German writer and painter who won the Nobel Prize for Literature in 1946 for his literary work. Publishers have translated his books into more than 40 languages and sold more than 30 million copies of his work.

Some of his most important books are Damien (1919), Siddhartha (1922), and Steppenwolf (1927), among others. Most of his books reflect Hesse’s interest in oriental mysticism and the spiritual world. They also touch on the insatiable search for new values and points of reference.

Those who knew Hermann Hesse, speak of him as a shy man with a difficult personality. He liked to be alone and spent a lot of time looking inward. He was a creative, isolated, and somewhat unstable person. He knew how to put into words everything he felt inside. In fact, some consider him an “author in crisis” due to his constant search for identity.

The path towards oneself

“Each man’s life represents a road toward himself, an attempt at such a road, the intimation of a path.”

Destiny is a path towards ourselves. A path that we walk on every day to get to know ourselves better. Some people understand that right away, others waste their time without realizing it. This is a good Hermann Hesse quote to remember when we feel lost.

The phenomenon of psychological projection

“If you hate a person, you hate something in him that is part of yourself.”

This is one of the quotes from Hermann Hesse that might seem the most strange to the reader at first. It might even provoke a negative reaction. Nevertheless, psychologists call this phenomenon psychological projection. It refers to when people project their own emotions and deficiencies onto others.

From a positive point of view, one example of this would be the falling in love stage of a relationship. During this stage, both parties project traits and virtues onto the other that don’t actually correspond to them. They praise their generosity, kindness, and good humor. On the other hand, from a negative point of view, we use psychological projection when we blame someone else to avoid taking responsibility for what happens. For example, an insecure person might get upset with his partner because he says she doesn’t trust him. In reality, the opposite is true.

Psychological projection is a complex subject. It’s not easy to accept that we project onto others what we don’t like about ourselves. The key is to get to know yourself and accept your flaws. That way you can avoid engaging in this type of behavior.

The value of effort

“When someone truly needs something, he finds it. It isn’t luck that finds it, but he himself. His own desire and need lead him to it.”

Effort is key to getting what you want. It is the motor that moves you, together with determination, hope, and desire. Dreaming is worthless if you don’t plan and look for a path that allows you to reach your goals.

Hermann Hesse was very clear on that point: if you truly want something, find every way possible to get it. There are no excuses or possible obstacles if you are willing to work yourself to the bone to achieve your goal. Or at least, to try.

The complexity of empathy

“No one can see and understand in others what he himself has not lived.”

Putting yourself in someone else’s shoes isn’t easy. Seeing the world through their eyes, feeling their emotions, and acting in accordance is more complicated than it seems. In your own experience, how often have you felt that no one understands you? Or how often, as hard as you try, have you found it impossible to see the logic in other’s behavior? How often do you make incorrect assumptions about that behavior?

We believe that empathizing is putting yourself in someone else’s shoes, and it is. But it’s more than that. You have to see things from their perspective, not your own. Take into account their circumstances, problems, dreams, fears, etc. To be able to do that perfectly, you would have to have lived their life, and obviously, that is impossible. That’s why it’s so difficult to understand others and to feel like other people understand you.

“Everything becomes a little different as soon as it is spoken out loud.”

This is one of Hesse’s quotes that is most important to keep in mind during your everyday life. Drowning in your own distress, negative feelings, and problems, is undoubtedly bad for you. The best option is to release anything that you are keeping trapped inside.

Giving voice to your negative emotions helps you vent and unwind. It takes the exhausting weight off your shoulders that you carry around. Also, expressing yourself will improve your relationships. Silencing your own opinion prevents others from truly understanding you. Your silence is like a high wall that puts distance between you and others, and weakens the bonds of friendship.

The relationship between love and happiness

“Happiness is love, nothing else. A man who is capable of love is happy.”

After many years of introspection and self-reflection, Hesse came to this beautiful conclusion. There’s nothing like love to help you experience happiness. For him, nothing compared to this wonderful feeling.

This is one of the most wise and beautiful Hermann Hesse quotes. It delivers an important and profound message to remind you what is most important. It is a call to humanity from the deepest part of his being.

The importance of recognizing our feelings

“Do not say that any emotion is small or unworthy. We do not live of anything other than our poor, beautiful, and magnificent emotions, and each time we commit an injustice towards any of them, it is like putting out a star.”

How we feel is always important. Whether it is positive or negative, intense or weak. The emotional sphere is one of the central axis of our lives. Because of that, recognizing how we feel and validating those feelings is essential. If we don’t, if we ignore how we feel, we might end up in a dark cloud of distress and suffering.

Disregarding our sadness, denying the anger that we feel, or overlooking our joyful moments are behaviors that distance us from ourselves. That is exactly why Hesse wanted to communicate this message. In his eternal quest for identity he discovered the importance of recognizing feelings to know oneself.

As you can see, Hermann Hesse’s quotes are a valuable legacy for anyone who wants to know more about their inner self. Revisit these sentences in your mos existential moments. They invite you to reflect on the connections you have with yourself. 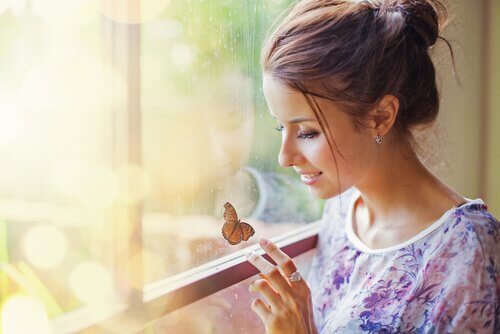 7 Questions to Get to Know Yourself Better
If you see a psychologist, they'll usually ask you questions that force you to look within. The point of their questions is to help you get to know yourself better, so we have 7 of our own. Read more »
Interesting Articles 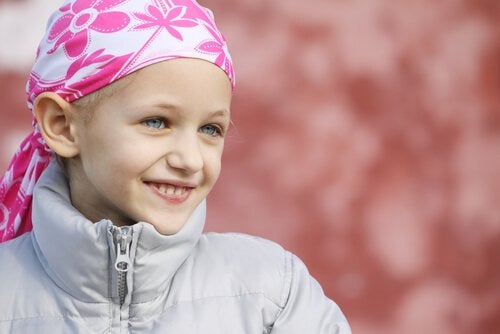 Psychology
Kids with Cancer – How to Improve Their Quality of Life

Every year, 900 children under the age of 15 are diagnosed with cancer. Fortunately, medical advances are allowing for a… 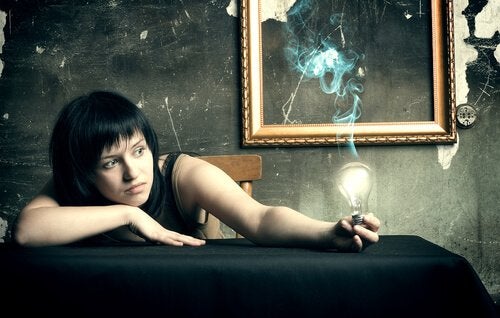 The Cassandra metaphor is used to refer to a person who believes they can predict the future but is powerless to change it. This odd phenomenon can torment people who have it when they make predictions that other people don’t… 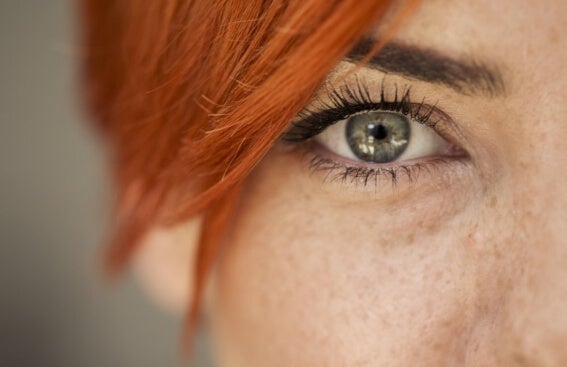 Psychology
How to Read Someone’s Emotions in their Eyes

Reading emotions in another person’s eyes is something we can all do. At the end of the day, the gaze… 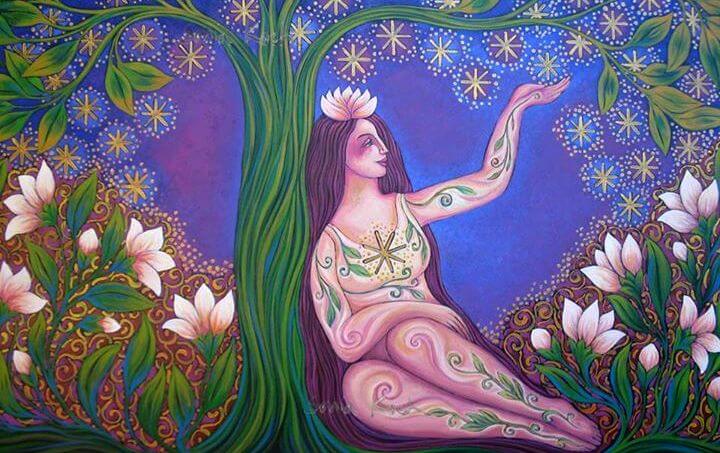 Many of us maintain a type of mentality focused on our deficits: we get obsessed with everything we lack instead of being aware of everything we already have. Being grateful, appreciating what we are and what surrounds us, is without a doubt the… 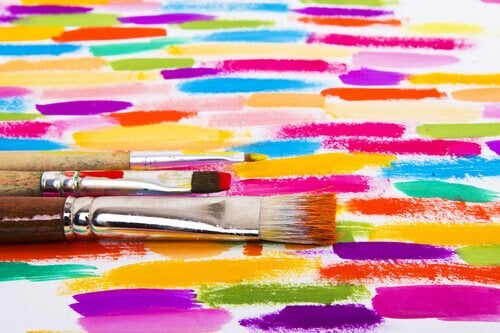 Art, just like all non-verbal expression, encourages the exploration, expression, and communication of things we’re not conscious of. So working on emotions through art therapy can improve people’s relationships because it focuses on the emotional side, which is a key part of… 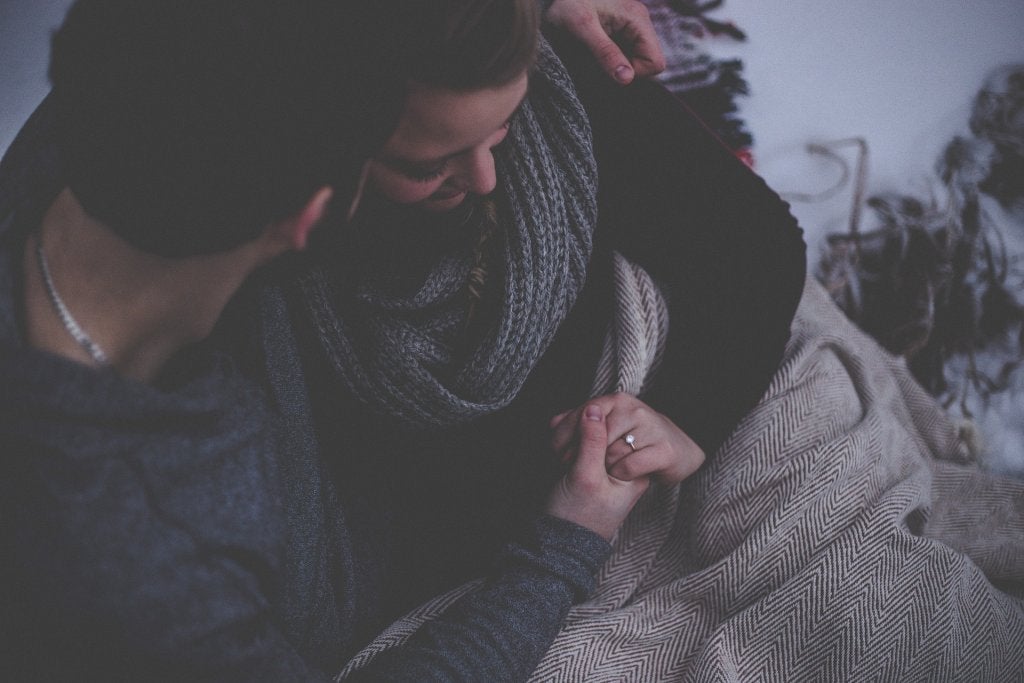