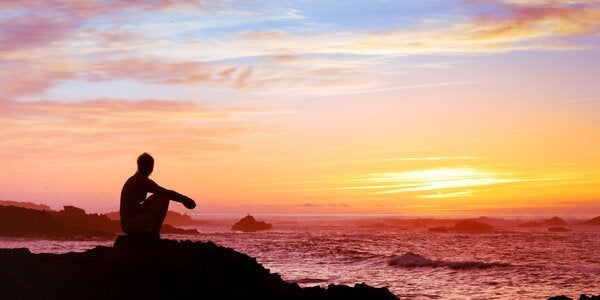 You may remember philosophy as one of the most boring subjects you had at school. Yet philosophy is a fundamental part of our everyday lives. Philosophical theories invite us to reflect on who we are and where we are going.

They teach us to think and reflect. To constantly question established truths, to verify hypotheses and to look for solutions. In fact, such is its importance that the UN declared World Philosophy Day to be November 16.

Philosophical theories unite movements, schools of thought, beliefs and even scientific laws. We’re going to highlight some of the most interesting ones. How many of them have you heard of?

You’ve probably heard of the Pythagorean theorum, the one that has to do with right angle triangles. However, Pythagoreanism was actually a fundamental philosophical and religious movement during the 6th century BC.

Pythagoras of Samos founded it. He was considered the first pure mathematician and one of the most important ones in history. He was in favor of religion and science not being two separate entities but rather two inseparable actors of the same way of life.

Made up of astrologers, musicians, mathematicians and philosophers, its firmest belief was that all things are, in essence, numbers. That is, everything in nature follows numerical rules. But, even though this was a theory guided by mathematics, at the same time it was profoundly mystical.

The religious symbol of reference was the pentagram, which they called “health”. In those times they used it as a secret sign to recognize each other.

Epicureanism and its coreligionists

Epicurus of Samoshis instituted this philosophical movement in the 4th century B.C., and it was kept going by his followers, the Epicureans. The maxim of this theory was the search for happiness through the pursuit of pleasure. They understood both concepts, pleasure and happiness, as the absence of pain and any kind of afflictions.

To achieve that happiness, they distinguished 3 kinds of pleasures that allow you to attain ataraxia. The state of serenity, the absence of disturbance, the perfect balance between the mind and the body.

Epicurus explained, according to his perspective, that God does not exist. His idea was this: God is good and all powerful, but bad things keep happening to men, even to good people. Why is this?

From his approach, two possible logical results emerge. Either God is not good because he allows these bad events to happen. Or he is not all-powerful because he is not capable of preventing them from happening. In both cases, he claims the existence of God is annulled. Logic, however, isn’t always the best way to approach these things and so what do you think about his deduction?

Scholastic Theory of Anselm of Canterbury

Although it has not been one of the most controversial, scholasticism is one of the most interesting philosophical theories due to its heterogeneity. It origin is from Greek-Latin, Arab and Jewish currents and it was dominated by medieval thought. The central idea was the subordination of reason to faith and the coordination between the two.

“Faith in search of knowing”.

Some authors have dismissed this theory as too static and say it only deals with memorizatio. This is due to its somewhat orthodox educational methods. However, its philosophical aspects are not only a set of strict theological dogmas, but also a joint work between faith and reason. Its objective is to understand reality from a human point of view.

The Rationalist Theory of René Descartes

Cogito ergo sum (I think, therefore I am). With that phrase by René Descartes, we can summarize one of the most well-known philosophical theories: rationalism. It teaches that reason is the source of truth and the only way in which it can be found. It rejects, therefore, any dogma of faith, and is opposed to the world of the senses and the unconscious, considering them “doubtful.”

The life of this French mathematician was rather peculiar. Due to health problems as a child, he had to spend many hours prostrate in bed. This gave him the opportunity to think and postulate about the world. And, a few years after this, he laid the foundations of this philosophical movement.

Europe was already well developed in the seventeenth and eighteenth centuries, and rationalism puts forward methodical doubt as the only way to reach knowledge.

This is one of the philosophical theories that we draw on most. How many times have we said to someone “you are too idealistic”? But, do we really know what it means? It actually has very little correlation with reality, because idealism considers the world and life as perfect models of harmony.

They consider everything as better than it actually is. They tend to consider things as perfect and attribute qualities to things that they don’t actually have. As a result of this movement, this sort of attitude is called “idealizing“.

Things are the color of the glass that you look through.

Although there are two different movements, both agree that objects cannot exist without the mind being aware of them. They claim that the external world depends on the human mind. Idealism exalts the values ​​of the irrational, the traditional and the sentimental.

“God is dead”. With this phrase, Nietzsche conceptualizes one of his most bitter satires of the prevailing mentality of the 19th century. He also conducted an exhaustive critique of Western society, through the genealogy of the concepts that hold it together.

For this philosopher, poet, musician and German philologist, the world is mired in a deep nihilism. It has to overcome this if it doesn’t want come to an end. He’s referring to the devaluation of our highest values. This is a historical process which attempts to “render inoperative what was previously considered to be the highest values”. Many later thinkers charge him with contradicting his own ideas. He defended himself by arguing that he used different points of view in his works to challenge the reader to consider several facets of the same subject.

Tsa Lao Tzu was a contemporary of Buddha, Pythagoras and Confucius. However, we don’t know the information surrounding his birth and death. Tao is a composite of 2 ideograms: head and marching. Therefore, we interpret its meaning as the man who advances, who walks consciously, who is discovering his own way. The meaning depends on the context and appears in philosophical, cosmological, religious or moral terms. It is based on dynamism and duality: the idea that opposites complement each other, like yin and yang.

“The one who runs is caught with the net, the one who swims with a hook, the one who flies with a bow. As for the dragon, which rises into the sky carried by the wind and the clouds, I do not know how it can be caught. I have seen Lao Tzu, today I have seen a dragon. “

This compendium of philosophical theories shows how thought has changed over the centuries. But it also shows that many dogmas and hypotheses have remained intact to this day. Knowledge about reality has evolved just as the human mind does, from childhood to maturity.

A Journey to the Heart of Philosophy
Thales of Miletus is considered by many to be the father of philosophy. Read more »
Link copied!
Interesting Articles
Theories
Insight or Realization - What Does it Mean?