7 Characteristics of Authoritarian People, According to Psychology 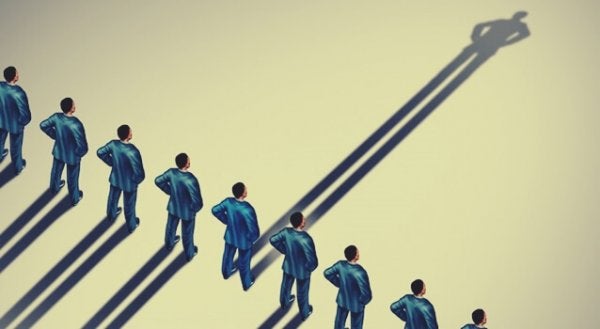 Authoritarian people cast a long, menacing shadow over our lives. Whether in the family, at work, or in politics, you know it when you see it, by their use and abuse of power. In their minds you’ll find prejudice and a need to dominate, as well as cynicism, double standards and intolerance.

Studies on the authoritarian personality began shortly after the end of WWII and the Holocaust. It was such a broken time, so disconnected and strange, that the academic world was asking how racism, prejudice and authoritarianism could have gotten the world to this point.

One of the biggest names of this scientific, psychological and philosophical movement is Theodor W. Adorno. It was he who, based on the theories of Erich Fromm and a thorough analysis of anti-Semitic ideology and antidemocratic movements of the time, gave shape to what is known as “The Berkeley Study”, where the authoritarian personality was rigorously defined and placed within a psychoanalytic and psychosocial framework.

However, some may call Adorno’s premises out-of-date, because these are undoubtedly different times and different circumstances. Still, authoritarian people and a craving for power is and always will always be here. This is true in the political arena as much as the privacy of a home.

After all, the authoritarian character and blind pursuit of domination is like an infection in some people. It’s a psychological concept that we see too often and need to learn how to recognize. Below we’ll look at the main characteristics that define them.

Authoritarian people categorize the world with the simplicity and rigidity of a 5-year-old child. Things are good or bad and anyone who adopts the same perspectives, values ​​and opinions is on the right track. However, anyone who with a difference of opinion is a potential enemy.

At the same time, authoritarian people usually have a very well defined idea of what “a good man”, “a good father”, “a good son” or “a good woman” is. Their political inclinations, their religion even their favorite sports team are practically sacred and untouchable.

My things are the best. Furthermore, not only are my country, my culture and my language the most worthy, they are the only conceivable and acceptable ones. This attitude and mindset leads to discriminatory, offensive behaviors. They are dangerous prejudices that reject anything different. In other words, authoritarian people despise anything that does not conform to their narrow mindset.

3. The culture of fear

With the election of Donald Trump as president, we now have an endless number of examples of ethnocentrism. However, there was a specific moment during the campaign when the ex-president of Mexico, Vicente Fox, gave a precise definition of what Trump represented for him: an authoritarian personality who exercises power based on fear.

Anyone who comes from outside the borders of the US is a “threat.”  Therefore it is necessary to nurture that fear, that rejection of the “other”– whoever it may be. It won in the United States but also happens in many other contexts. Especially in a family or relationship, where one person is quick to use threats and drama to feed the fear and exercise domination.

4. My achievements will always be better than yours

It doesn’t matter what you’re good at, what you studied or what you like. Because authoritarian people will always try to be one step ahead of you.

If you have a long list of qualifications, they’ll tell you that you lack life experience, which the authoritarian person has in abundance, of course. If you are skillful and competent in your work, they will try to hamper you by ensuring that the tasks you are given are not those that best match your abilities, because authoritarian people can’t stand for anyone else to be successful. Except for them, of course.

We all know authoritarian people like to be in a position of command. But their leadership is not democratic. They will never lead with emotional intelligence, which is what actually gets the most out of people and fosters harmony, trust and pleasant coexistence and thus happiness and productivity. Quite the opposite.

An authoritarian leader is aggressive, lacks empathy, cares only about their own needs and also has a very low tolerance for frustration. They’re incapable of seeing the needs of others. Moreover, they often act against them because they view them as weaknesses.

They say it’s harder to split an atom than to break up prejudice. Unfortunately, it’s true, and it is also a characteristic of authoritarian people. Their thinking is incredibly narrow. It leaves no room for any opinion other than their own. There’s certainly no space left for any “truth” other than what they came up with.

Prejudice and rigid thinking are the termites of our society. In other words, they weaken communities and any hope for true mutual respect.

Authoritarian people live in a dream world. At first glance they look imposing and scary. They usually place themselves on a high pedestal, but the foundation is weak. Just listen to their arguments and you’ll discover a simple mind barren of ideas and solid reasoning.

Their little world is limited to defending what for them is universal truth. However, sometimes all it takes is challenging them with certain arguments and their simplistic ideology comes crashing down.

The biggest problem with authoritarian people is that there is aggression behind their simplistic reasoning. Therefore, when they feel threatened or placed in a position of inferiority they react very badly.

To conclude, we need to know how to handle this type of character very carefully. Keeping your distance is the best strategy if you want to protect yourself. We also need to learn how to recognize it to keep it from spreading and infecting our world.

When People Do You a Favor So You Owe Them One
Sometimes people aren't actually doing you a favor, but rather proposing a deal. But the thing is they don't say it openly.  Read more »
Link copied!
Interesting Articles
Personality Psychology
Psychopathic Leaders: Keeping Yourself Strong Before Them