5 Tips to Make a Relationship Work 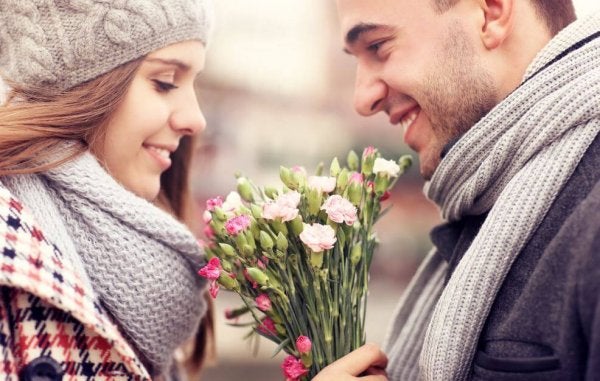 Nowadays, heartbreak and relationship problems are one of the most common problems seen in psychological consults. Cheating, jealousy, emotional dependency and poor cohabitation eventually make a relationship break up forever.

If we take a look back, we’ll notice that this didn’t happen a couple years ago. In yesteryear, the majority of couples lasted a lifetime, despite all of the adversities that could exist between the two members. And this was mostly due to the fact that the woman depended on the man almost completely. The woman still hadn’t joined the workforce. Therefore, she had to remain by her spouses side, caring for the house and the children.

Luckily, that panorama has changed greatly. The problem is that this has made many couples put an end to their relationship much earlier. It has also made the psychological problems resulting from these breakups much more common.

There are some statistics that show that couples today won’t last more than ten years. And this is mainly due to poor cohabitation and lack of communication.

Thought the perfect relationship doesn’t exist and that’s something we have to admit, here we offer you some tips that can help your relationship work better:

5 tips to make your relationship work

It’s very important, if you wan’t your relationship to work, that you be very tolerant with the other person. Sometimes, we demand things from our partner as if we were their owner. And the truth is that this is not the case, because no one belongs to anyone else.

We have to be aware that we’re humans, that sometimes we make mistakes. And that it’s much more positive for the couple if you’re comprehensive and emphatic with the other person and don’t demand that they act or be how we’d like them to be.

This doesn’t mean that we can’t suggest that they act a certain way. But being clear on the difference between a demand and a suggestion is essential to making everything flow better and paradoxically, it makes the other person more willing to change or modify certain things we don’t like.

Sometimes we don’t like being pressured into doing something. However, if we’re suggested to make a change and we’re shown the advantages of this change, we might take it a different way.

No more talking about each other’s past

The past is in the past and it no longer exists. Therefore, there’s no point in going around and around about something that’s no longer in your significant other’s life. You won’t be able to resolve that past event. The only thing you’ll obtain is suffering and pain for both of you.

If your partner was ever unfaithful to you and you forgave them, stop reminding them that they made a mistake. Because you’re the one who chose to forgive them, with everything that that entails. Now the only thing left to do is to continue on together.

Don’t forget that the other person is your partner

On occasion, negative emotions and impulses make us forget that the person we’re arguing with is the person we have chosen to love and spend the rest of our lives with.

Therefore, always be aware that swear words, insults and any forms of contempt aren’t necessary. You can do a lot of damage to the person you love. And if this is repeated continuously over time, eventually they’ll get fed up with your lack of empathy and tact.

Let’s be aware that there’s no need to yell or disrespect someone. You can get a lot more out of calm dialogue, respect and affection.

Joke around about everyday problems

Hair in the shower, leaving the top off the toothpaste or the closet being a mess shouldn’t be big problems if we take them with a bit a humor.

Plenty of times we tend to dramatize problems that aren’t of the greatest importance. By giving them a staring role, the only thing we’re doing is inflating them and in many cases turning them into real headaches.

It’s true that it can be really uncomfortable for you if your partner leaves the toilet seat up every day, but this shouldn’t be assumed as a terrible event that causes a discussion between the both of you.

It’s simply not worth it! If that’s one of their flaws, there are surely other things they do well, just like you. Remember the first tip: suggest but never demand and be tolerant. You’re the one who chose that partner.

Please one another, without being dependent

Having fun and doing pleasant things with your partner is fantastic. It’s very positive for each member of the relationship to surprise the other every once in a while with something they know the other likes. It doesn’t have to be on a special date. The important thing is for you to truly want to give your partner a good dinner or take them to a concert by that group you know they like, though you may not like them much.

It’s good for us to sometimes give in to activities that we may not like much, but that we know our partner loves. Maybe if we do them, we’ll start liking it, too.

On the other hand, we should never depend on the other person to do the things we like. If your partner loves soccer and you don’t care for it at all, you shouldn’t be forced to go to a game every Sunday. You should also do activities separately.

Building a good relationship is simple and difficult at the same time. Sometimes the visceral aspects take hold of us, and we lose sight of respect, honesty and empathy. Keep these five tips in mind and practice them daily. They will help your relationship evolve positively.

Rollo May is a very interesting figure in psychology. Even though people usually link him to humanistic psychology and even…