5 Reasons Your Mind Won't Give You a Break 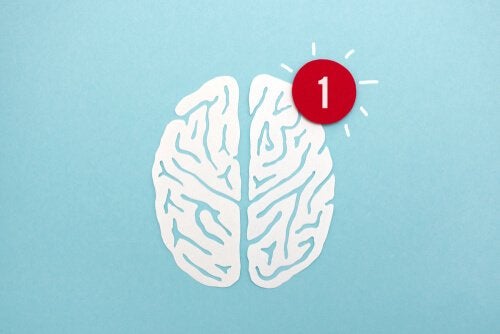 Franklin D. Roosevelt, a former US president, once said that “Men are not prisoners of fate, but only prisoners of their own minds.” That has a very true ring to it, especially if you’ve ever felt like your mind won’t give you a break.

We’re going to look at the theories of Spanish psychologist Maite Finch to explain why this happens. The simple truth is that, when you’re stressed or anxious, your brain’s neurochemistry changes.

At the right times, your amygdala will send the correct messages to your mind’s emotional system. But what happens if your stress or anxiety comes up when there’s no real need for it?

Occasionally, your interpretation of reality and how you experience it can activate similar neurochemical patterns. Those patterns of thought are what often leads you to be in a constant state of distress and anxiety.

The reasons your mind won’t give you a break

Maite Finch says that there are a few specific reasons your mind won’t give you a break. Now we’re going to take a look at what they are exactly so you can start to work through them.

There are times when something seems amazing, wonderful, and spectacular. Other times, everything seems terrible, dark, and extremely negative. That’s the basic concept behind thinking in black and white. It means thinking in extremes, without any middle ground, without any grey scale in between.

According to Finch, you only have two patterns of thought if you think in black and white. Everything is either really good or really bad. In other words, when something goes like you wanted it to, then everything is great! But when it doesn’t, everything is awful and there’s a negative voice in the back of your head that won’t leave you alone.

Here is another potential reason why your mind won’t give you a break. What emotional reasoning means is that you don’t make decisions based on logic or intuition, you make them based on how you feel.

In other words, emotions, unmanaged and uncontrolled, play the biggest part in your perception of the world. If you feel bad, you’ll judge the people and things around you negatively. Because of your attitude and behavior, those same people and things will usually confirm your judgments. This dynamic is like a self-fulfilling prophecy, an endless circle that feeds into itself.

“A mind is like a parachute. It doesn’t work if it is not open.”

Finch says that you start to have tunnel vision when your patterns of thought are determined by the most difficult experiences you’ve had in life. You associate your relationships and everything that happens to you with a specific moment. Most of the time, that moment was one of extreme hardship.

What this means is that your mind will constantly be on alert. It will always be looking out for negative people and situations. Most of your mind’s energy will go towards protecting you from potential threats. Every ounce of your attention will focus on detecting danger, discomfort, or stressful situations.

Basically, your mind is constantly looking out for bad situations or circumstances. Your state of alert biases your perception of the world, your thoughts, and any attitude that’s not on the same wavelength.

Optimism can work against you if you start to use it like a cloth to cover up your problems. It can also be a bad thing when it stops you from acting rationally, or when all your optimism is really just hoping for good luck.

False or exaggerated optimism can make you think everything will turn out okay, even if it won’t. It makes you think you don’t need a plan B. It can even keep you from adapting to the circumstances if things don’t go like you had hoped.

The last reason Finch gives is that you might be constantly personalizing things. What that means is that, whenever something bad happens around you, you make it your fault. If you do that, you’re going to be in a constant state of anxiety. The sad truth is that bad things always happen around the world.

But according to Finch, you have to remember that not everything rests on your shoulders. You have to share the responsibility for things. Besides, if you constantly make yourself a martyr for everyone’s mistakes, you’re going to have massive anxiety in the future.

“The world needs open hearts and open minds and it is not through rigid systems, whether old or new that these can be derived.”

Anxiety Makes Us Perceive the World Differently
Anxiety is expressed in many ways. What these manifestations have in common is the fact that the feeling of fear or apprehension is totally exaggerated. Read more »
Link copied!
Interesting Articles
Culture
Synchronicity: The Curious Science of Fate

Culture
3 Awkward Conversations Every Couple Should Have

Sooner or later, you need to do it. Either because an everyday, meaningless conversation leads you there or because it's…

Nearly all of Gianni Rodari's quotes are directed toward or talk about children. Gianni Rodari, an Italian pedagogue and journalist,…

"Middle age" is that stage between the ages of 40 and 60. Until recently, people used to say that this…

Culture
In the Face of Oppression, Don't Resort to Violence

We understand oppression as the subjugation of one group by another group, imposed by an asymmetric power and often reinforced…