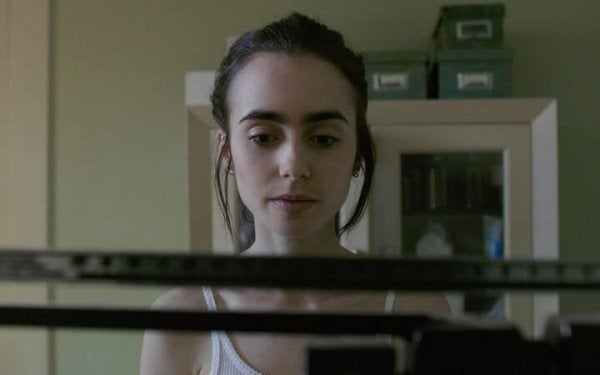 The term eating disorder includes a lot of different disorders related to the way someone with one eats. They usually happen for a variety of psychological reasons and vary by type. We can probably all think of some of those reasons pretty easily: self-esteem, anxiety, body image…

Anorexia and bulimia are probably the most well-known eating disorders, but they’re not the only ones. They usually start during adolescence and aren’t very easy to break free from. They’re also more common in women, although more and more men are seeking treatment for them.

There are many health problems these kinds of disorders can lead to. On top of that, they usually come along with other disorders and illnesses too. Some of the psychological consequences are:

The physical consequences include:

There are a lot of different causes, and they really depend on the person. Generally (but like we said, everyone is different), we’re talking about people with low self-esteem, self-demanding perfectionists with problems in their family environment or friendships. So there’s not just one factor, it’s usually a group of them.

These disorders have always existed and have shown up in a lot of different ways. None of that can cover up the fact that increasing numbers of people are suffering from them over the past few decades. It’s hard to point to a clear reason for that. But the fashion world and rigid body standards might be to blame.

The influence of movies on eating disorders

The skinny beauty standard for women stopped being healthy a long time ago. The media has pushed that image so hard that a lot of us are conditioned to think it’s normal to be extremely skinny.

The problem with that is that the media isn’t showing us the reality for most people. We’re not all the same, and normalizing extreme skinniness can lead to some serious problems for our society.

Along those lines, it’s important for movies and the media to be more of a pathway to awareness. They need to stop being like a trick mirror that shows you a distorted image of reality. And advertising makes it ideal, desirable, and common.

Just take a second to picture the bodies of some of the biggest Hollywood stars. Do they really look like any of us? Do any of them really live within the same reality as us?

Celebrities and the media

It’s hard to see movies as an unbiased representation of reality. Think of how few actors are outside of the dominant beauty standards. We idealize characters, actors, and models, and we end up wanting to look just like them.

But that’s really dangerous, especially for young girls. So it’s no surprise that a lot of celebrities have confessed to having suffered from anorexia or bulimia. There’s a long list, including people like Allegra Versace, Mary-Kate Olsen, Victoria Beckham, Lady Gaga, and Elton John.

It’s also very common to see headlines that criticize celebrities for gaining weight. Think of what happened with Christina Aguilera a few years ago, when she decided to stop dieting. She gained a few pounds, and the media tore her apart.

Once a famous person gains or loses weight, the criticism and commentary never stops. Unfortunately, it seems like their image is more important than their actual talents.

“Perfection is a polished collection of errors.”

Portraying anorexia in the movies

If we want to reflect reality in movies, we should try to find actors and actresses who represent it. We need people with bodies that look like the average human, not an idealization. So what should we do when we want to make a movie about anorexia?

There are some problems when it comes to showing it in movies, and there aren’t many examples of it. Most of them aren’t very good, either. They have characters with anorexia or bulimia, but the movies never explore those characters deeply enough. There really just aren’t enough movies that really try to show you what it’s like.

It’s not very easy to try to show what these kinds of illnesses are like, since everyone is different. On top of that, it would mean that actors need to lose a lot of weight to be able to play the role, which isn’t exactly good for their health. Even though there aren’t many of these movies, here are five that are a good representation. Hopefully they help bring more awareness to this issue.

Not long into the movie, he meets Sonia. Even though she’s not as skinny as he’d like, they fall in love and start a relationship. Sonia will try to lose weight out of love, but what comes after is a true nightmare.

The movie brings you into the hell that is anorexia, but from a different point of view. It’s not just about anorexia, it’s also about the way we idealize certain body types.

This is a movie from 1999 starring Winona Ryder. Eating disorders aren’t the central focus of the movie, though. There are actually several different disorders related to being a teenager: an extremely insecure time in our lives when initial symptoms will usually arise.

But there are some characters who have anorexia and bulimia. The one who stands out here is Daisy, a young woman who has bulimia and was a victim of sexual abuse.

A Mexican movie from 2005, it focuses on a small family and shows different kinds of eating disorders. Throughout the movie, you’ll see rather harsh criticism of current beauty standards. For example, you’ll see a teenager’s mother embarrassed by her daughter’s chubbiness.

This isn’t actually a movie, not the fictional kind at least. It’s a documentary, but it deserves a spot on this list. It goes quite deep into the topic of anorexia and our society’s obsession with image. What it wants is for us to rethink the way that we ourselves are contributing to these beauty standards.

This is a Netflix movie that came out at the Sundance Film Festival in 2017. There’s been huge controversy surrounding it, because some people think it sugarcoats a serious topic. But some say it achieves its goals.

Through Ellen, a young woman with anorexia, we learn a little bit more about the difficult fight she has to go through to get out of it, and how it’s not always as effective as we’d like to think.

As a side note, the actress who plays Ellen, Lily Collins, confessed to having anorexia later on. She said she was already cured, but when she had to lose weight for the movie, people praised her extreme skinniness.

Once again, there’s that dangerous normalization of beauty standards we were talking about. People reinforced her weight loss because she fit in with our ideal image of women.

“I was leaving my apartment one day and someone I’ve known for a long time, my mom’s age, said to me, ‘Oh, wow, look at you!’ I tried to explain [I had lost weight for a role] and she goes, ‘No! I want to know what you’re doing, you look great!’ I got into the car with my mom and said, ‘That is why the problem exists.”
-Lily Collins-