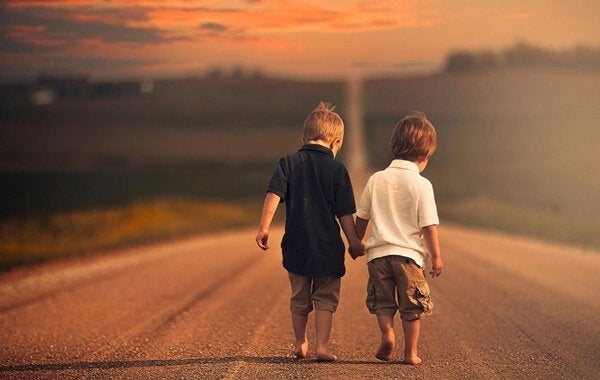 Friendship is just as important to our health as eating a healthy diet, exercising or meditating. Friends are the people who challenge us to be better, who help carry our load when we need a boost. They are the ones who support us in difficult times and celebrate with us in happy times.

Friends fit into our lives in their own specific ways. There are friends we went to school with and friends from work. However, not all friends are equal. Each is unique and adds their own particular color to the hard times, celebrations and even boredom of life.

Why is friendship important?

As the years go by, our friends teach us how to interact with different kinds of people. From marriage to working relationships, communication is the key to success. The way we make friends also changes over time. We don’t make friends the same way in primary school as we do in adulthood. Nonetheless, this change is made possible thanks to the constant practice in communication and interaction that our friends give us.

The basis of all successful interpersonal relationships is friendship.

Our friendships are also good for our mental health, especially when it comes to stress. In addition, sharing good times with our friends multiplies our our happiness.

Unfortunately, our friends cannot completely cure loneliness or depression. However, friendship provides us with support and gives us strength when we’re lonely. Having friends when times are tough is very important. Through these friendships we learn the value of kindness and unconditional love.

Finally, friends help us put our problems in perspective. They don’t let us drown in our misery. They will always want us to be happy, and that’s why they push us in the right direction.

Below are some excellent examples of the value of friendship in our lives. Share these movies about friendship with your friends or family and enjoy!

Toy Story is a Pixar film from 2001. The plot of the film centers around a group of toys. These toys come to life when their owner, Andy, isn’t looking at them. All the toys are friends and are led by Woody the Cowboy. All of a sudden, a new toy — Buzz Lightyear the space explorer — arrives and the situation changes. Buzz and Woody get along very badly, competing for the position of leader.

The day comes for Andy’s family to move. Woody tries to get rid of Buzz, but his plan goes wrong. As a result, Buzz is captured by Andy’s evil neighbor, Sid. The child tortures toys, dismembering them. Buzz and Woody must work together in order to save themselves. They forge a friendship by working together, realizing that they have a lot in common. With Woody’s ingenuity and Buzz’s skills, they both manage to get there in time for the move.

Finding Nemo is the story of a kidnapping and the exciting journey a father goes on to rescue his son. Little Nemo is caught by scuba divers. Marlin, a worried father, must set out to find his son.

On the way, Marlin meets Dory, a blue fish with memory problems. Despite their differences in lifestyle and opinions, Marlin and Dory form a deep friendship. Their special friendship enables them to save Nemo and grow as they pursue a common goal.

Little Lilo is a Hawaiian girl cared for by her older sister, Nani. Nani and Lilo were orphaned after a car accident killed their parents. Lilo is desperate to have a friend, because girls her age only make fun of her. Right then, Stitch, an alien monster, comes to Earth. Although Stitch is wild, he is also quite small, small enough to be mistaken for a dog.

Lilo adopts Stitch, and they both find what they had been missing. Stitch transforms into a civilized animal, protective of his family. At the same time, Lilo gets a friend to to make her laugh.

How to Train Your Dragon

Horrendous Hiccup, the protagonist of the movie, is a skinny, weak teenage boy. Because of his physical build, he has had a lot of problems adapting to the life of a Viking. One night, the Vikings are fighting against ferocious dragons and Hiccup manages to injure the fastest dragon of all: a Night Fury dragon.

Trying to prove to his father that he can be a true Viking, Hiccup sets out for the forest, determined to find and kill the Night Fury. However, Hiccup can’t kill the dragon and lets it go free. Hiccup soon realizes that the dragon can’t fly because he is wounded.

Hiccup decides to start feeding him and taking care of him. Hiccup and his dragon Toothless forge a friendship that transcends the limits of human language. The partnership proves that friendship and support can come from anywhere.

Brother Bear is one of the best movies about friendship in existence. The film was directed by Aaron Blaise, released in 2003, and set in a post-ice age North America. The story centers around a youngster named Kenai, who is eager to stop being called a “child” and to become a man.

The transformation happens by means of a sacred ceremony where he will be awarded a special totem. However, Kenai is very disappointed when his totem represents the Bear of Love.

After a confrontation with a big bear, Kenai’s older brother dies. Kenai then embarks on a journey of revenge. When he finds the bear responsible for killing his brother, Kenai kills him. However, the Sacred Spirits transform him into a bear. Kenai has to take a long journey through nature to reverse the spell.

On this trip, he will be accompanied by the bear cub Koda. Although Kenai doesn’t want to travel with Koda, he has to because Koda knows how to get to the Sacred Spirits. Along the way, Kenai will learn about the meaning of adulthood and the value of friendship.

Lessons from Zootopia: A Movie about Tolerance and Personal Growth
We can take away many lessons from Zootopia, even though it's a kids' movie. Read more »
Link copied!
Interesting Articles
Cinema, Television, and Psychology
How the Film Vertigo Explores Psychoanalysis