5 Historical Novels that Will Broaden Your Horizons

Historical novels are a literary subgenre widely known for having the capacity of transporting you to remote eras and places. In this article, you will learn about 5 iconic historic novels. 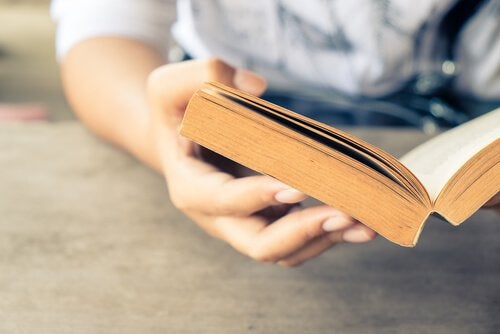 Historical novels are capable of transporting us to another time and place. A good historical novel has the potential to show us past realities. Moreover, by reading, we experience unknown cultures, exotic foods, unforgettable landscapes, and endearing personas.

Historical novels paint historical periods. This type of text represents non-fictional events and characters by using fictional arguments, just like any other novel. It’s a sub-genre that was born in nineteenth-century Europe with a Romantic framework in mind. It quickly became popular worldwide.

In this article, we share five amazing historical novels. First, we begin our journey in prehistoric eras and then make our way to the Middle Ages. We also travel to feudal Japan and then visit ancient Rome.

The Clan of the Cave Bear by Jean Marie Auel

This is the story of Ayla, a girl who gets separated from her tribe due to an earthquake. To survive, Ayla must become part of a new tribe. This is no easy feat since the new tribe consists of Neanderthals.

The Clan of the Cave Bear is the first book in the Earth’s Children book series. Its prehistoric setting takes us to the Ice Age, where Neanderthals and Homo sapiens compete for food and territory. Jean Marie Auel does an excellent job at making us feel like we’re right there with our main character.

First of all, this novel covers many of the customs and construction techniques used by early humans. It also mentions hunting and gathering methods used in this time period. Jean Marie Auel not only documents some of the most important hypotheses of early human life but also proposes how we survived.

I, Claudius by Robert Graves

I, Claudius is a classic among historical novels. It’s written as an autobiography of Claudius, who became the fourth emperor of Rome. It represents the greatness, cruelty, and perversions of many imperial Roman rulers. Likewise, the novel portrays Roman life between the death of Julius Cesar and Caligula (44-41 BC).

This is considered to be one of the best historical novels of the 20th century. There’s humor, heartbreak, betrayals, insanity, and battles. Also, the novel perfectly depicts important characteristics of Roman history.

The Pillars of the Earth by Ken Follet

This novel is about the building of a majestic Gothic cathedral. We meet characters who are involved with its construction in one way or another. It shows the lives, struggles, and demise of several generations.

Ken Follet became really famous due to this novel. It inspired him to write a trilogy. These texts take us to Middle Age England, a fascinating world of conflict and drama between rulers and nobility.

Perfume: The Story of a Murderer by Patrick Süskind

Jean-Baptiste Grenouille finds himself obsessed with finding the perfect fragrance. He climbs the social ladder thanks to his excellent sense of smell. Having become a famous perfumer, he creates scents with fantastic abilities. His fragrances create feelings of sympathy, love, or compassion. Jean murders young virgins to extract their bodily fluids and uses them as ingredients.

Written in 1985, this story is set in 18th-century France. It’s an accurate depiction of that time period for several reasons. Not only does it vividly paint a picture of the era but also makes us experience many smells. Firstly, we catch a scent of the perfumes from the perfumeries. Then, underneath the fragrance, we catch a nauseating stench from the public sewers.

Perfumes were used by the elite to mask the miasma of the sewers. Since this service wasn’t affordable, people had to endure the stench.

It’s the story of an imprisoned English sailor who’s held captive by the Shōgun. First, the leaves his position as a disgraced prisoner. Then, he enrolls in the great Shōgun. This novel, specifically its characters, personify the encounter between the Western and Eastern world.

Thanks to the sailor, we get to understand and respect feudal Japanese philosophy and spirituality. Consequently, two really different worlds reconcile.

Shōgun is a novel full of adventures and philosophical reflections. It was published in 1975 and written by James Clavell.

Bibliotherapy: The Healing Power of Books
Reading is one of the best ways for humans to cultivate their minds. Healing through books is known as bibliotherapy. Read more in this article! Read more »
Link copied!
Interesting Articles
Literature and Psychology
The Top 7 Leo Tolstoy Quotes