5 Habits that Will Help You Make Your Dreams Come True 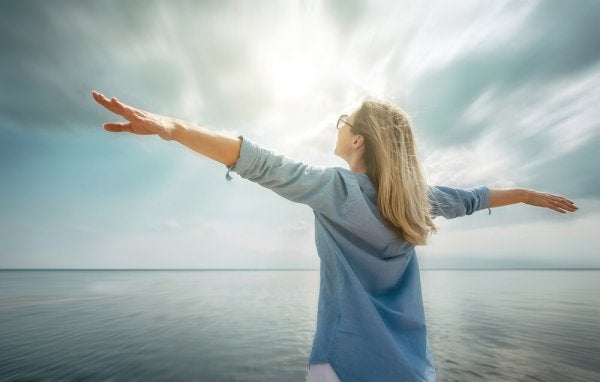 When you have a goal, it’s not just about trying to get into certain habits to get moving in the right direction. Everything you do counts. A lot of times, it’s your old habits that make it hard to make your dreams come true.

It doesn’t matter what area of your life you want to change. Whether it’s a health-related goal or financial, your studies or love, there are certain habits that have the power to sabotage them.

Make your dreams come true by joining them with plans

Some day, soon, when I can… None of these dates appear in any calendar. Dates put pressure on us and motivate us to move forward with things we might not feel like doing. In fact, giving your dreams a limited time frame is one of the first steps in making your dreams come true.

To make them actually happen, you need to act. Without dates, any attempt to draw up a plan will stagnate. It doesn’t matter if you have to make changes along the way or if there are delays. A plan can be changed and adapted in order to reach the destination, but a non-plan is just a jump into thin air without a parachute.

So start by defining your goal and giving it a place in your calendar, a specific spot in your day. And if you can’t start yet, it doesn’t matter. Decide when you will start, when you’re going to begin designing your action plan.

Be ready to start

If you say, “I’m not ready to start,” you’re saying a lot about what’s going on inside you. Maybe you’re not sure of your goal, or you don’t feel that it is truly a free choice of your own.

Perhaps you aren’t as motivated as you think, because you don’t have the right motor behind it. Or maybe your dream isn’t clear, and you don’t have more than a vague general idea. Perhaps you’re afraid.

In any case, once you’ve got your goal clear, you need to close your eyes to jump. Be brave enough to take the first step. Trust yourself. After all, if you’re ready to dream then you’re ready to start working on your dream.

Underestimating the internal and external resources you have to handle setbacks may be what’s putting your hopes and dreams on hold. The uncertainty is scary and so you don’t make progress.

People who think like that think they won’t be able to get where they want to go, but they don’t make any effort to get the tools that will help them to do so. They don’t postpone or give up on their dream, but they don’t move towards it either.

Granted, it’s smart to anticipate difficulties and come up with a contingency plan, but it can turn against you if it is done poorly or used badly. If it’s done badly, you may go after goals that are actually are unreachable for you. Likewise, it can make us trust too much and fill our suitcase with shorts on our quest to conquer the North pole.

On the other hand, it may be done well, but then badly used or not used. In these cases, you’re pretty much wasting your time. Usually what happens here is, instead of gathering together the tools you need for potential problems, you get paralyzed, imagining how hard they’ll be.

We can’t always walk in a straight line. Sometimes you have to go around obstacles or work really hard to move them out of the way or chip away at them. And this work often doesn’t show results immediately. But it is not a loss.

We rarely lose if we are learning. This is the most beautiful part of bad results, and it’s only visible to those who handle “failures” intelligently. If something goes wrong, it’s ok. It is part of the process. In fact, what tends to happen is that, the bigger the mistake, the more it can teach you.

But something that will do nothing for you is getting frustrated or intimidated by mistakes. Or, worse, by the idea of failing. Accept your mistakes, make them a part of your story, give them a meaning that helps you, and use all the energy you get from being angry about your mistake to get back on track — or change your goal.

Don’t give up before seeing results

Impatience and rushing go together and they can sabotage change. They can really be what’s keeping you from making your dreams come true. Despite having a plan, it’s unlikely that everything will depend on you, so patience is important.

For many of the changes we want to see, progress is not gradual. It comes in spurts. Times where we barely make any steps forward, or we even go backwards, are mixed with times where we make great strides.

Try not to despair. The fact that you can’t see the results does not mean that your efforts have been in vain. Remember that progress is often sudden and unexpected.

For example, think of a writer who has just published their first essay or novel. Before seeing this dream fulfilled, they had probably been rejected by many publishers, and seen no progress for a long time.

However, instead of giving up, the writer continued sending out their draft until they finally received a letter accepting the novel for editing. The letter represents a huge step, and probably wouldn’t have happened without the writer’s faith and perseverance.

“Difficulties increase the nearer we get to the goal”.

Keep moving to reach your goals

Dreaming is wonderful, it’s exciting and inspiring. It makes you see the future differently, it gives you hope and makes you feel good. However, this pleasurable activity, if not accompanied by action, doesn’t get you anywhere.

Analyze your dream, assess your goal and work out whether it is viable. Make a plan and face the difficulties one by one, starting with the first. Celebrate each small step as a great success in itself. And keep moving forward.

Do a review of your daily habits and then do what you need to do to walk steadily towards your goal. The changes you need to make are part of the journey. Don’t forget it.

And remember: no matter how many times you have to change direction or how many delays happen, as long as you know where you’re going, you’ll be on the path to making your dreams come true.

Effort Adds Value to Your Dreams
The effort that you put into getting what you want is what gives value to your dreams. Because when you give your all, when you're prepared to lose but you Read more »
Link copied!
Interesting Articles
Biographies
Chaim Ferster: A Man Who Cheated Death

Culture
What is Frankenstein Syndrome?

“A child can teach an adult three things: to be happy for no reason, to always be busy with something,…