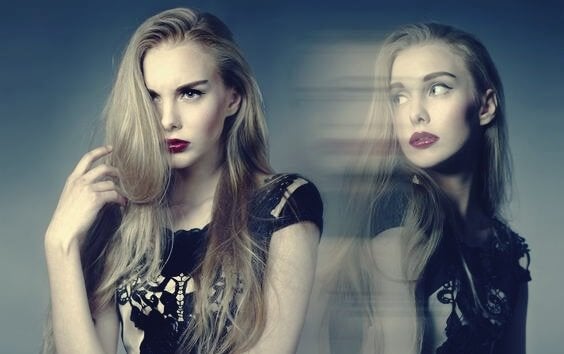 Envy isn’t a feeling; it’s an unhealthy kind of passion. Unfortunately, it’s probably also true that no one has ever lived a life without feeling it. That’s just our reality as human beings. The real problem is that some people give in and let it take over. There are many different faces of envy, but they’re all toxic.

An envious person is not easy to put up with. Envy can take a lot of forms, some of them very subtle and hard to spot. It will sometimes even disguise itself as an attitude that seems like it comes from a good place.

“Envy eats nothing but its own heart.”

One of the big tasks we all have in life is to learn how to spot envy and do away with it. The best way to do that is just to start by recognizing what it looks like. So here are a few of the many faces of envy…

Sarcastic statements are one of the most common faces of envy. Sarcasm is a kind of joke where you say one thing but really mean the opposite, or at least something different. They have double meanings. The words say one thing, but their actual meaning says something else entirely.

The most common form of sarcasm is a mixture between an aggressive message and a friendly one. Like when someone says: “Your dress is so beautiful, it’s too bad you’ve gained so much weight.” Or: “You did a great job, even though you made a ton of mistakes.” At the end of the day, the offensive part sticks out, and it comes from envy.

Direct shots are made by people who don’t use any filters. Their supposed sincerity is just plain rudeness most of the time. It’s also usually ruthless criticism that they shoot off carelessly, as if they had the right.

They’re the kinds of people who say, “You were such an idiot!” or “You have terrible teeth.” They share their opinion even though no one asked for it. They don’t care that they’re not adding any useful or new information to the situation.

“Sweet sadists” are generally really friendly people. They’re always attentive and sociable. But then they do something that complicates your plans or puts obstacles in front you. Of course, when they defend themselves they’ll always say it wasn’t on purpose.

For example, you might ask them to do a big favor. Then, after they promise they’ll do it for you, they “forget.”Later on they’ll apologize to you and try to get you to believe they didn’t mean to hurt you. Another example is that person who fails to ask your opinion on an important decision that affects you greatly.

This is one of the most common faces of envy, and it does a lot of damage. These people’s favorite thing to say is, “I just want to help.” They’re the nosy kind of people who love hearing about people’s problems.

They’re schemers. They use the information they get to create gossip and sow confusion. They’re always paying attention to other people’s lives, always giving unsolicited advice. What they have inside them is envy, plain and simple.

5. People who compare themselves and come out on top

Here we’re basically talking about egocentric people. They always compare themselves to other people and always find a way to “come out on top”. To put it another way, they need to be better than everyone.

So what they do is focus on your clothes, your car, your partner, your schoolwork, anything that’s yours. When you least expect it, they throw out a comment meant to minimize the value of your things and increase the value of theirs. They’ll say things like, “I heard you had some relationship problems. That’s a shame. I never have any problems with mine.”

These faces of envy really are hiding insecurity. People wear them because they can only look at themselves in the context of other people. Other people’s achievements and happiness just remind them of all their emptiness and unhappiness. They suffer because of it, so if you want to help them, you’ll have to try to understand their pain.

After a breakup, there is emotional withdrawal. Ending that kind of relationship isn't easy. And the psychological suffering it entails is…

Interesting Articles
Human Relationships
Why Do People Always Disappoint Me?