4 Things to Keep in Mind Before Adopting a Child 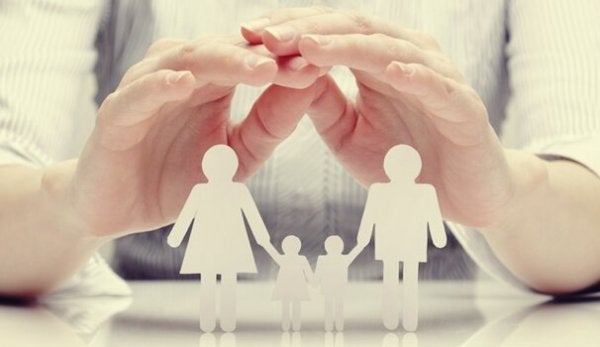 Adoption is amazing for people who can’t have children biologically. It constitutes a different way of becoming a mother or a father. Nevertheless, adopting a child is a big decision. The adoption process carries a series of obstacles that are worth mentioning and analyzing.

Adoptive parents not only play the role of caregivers. There’s also so much more that goes along with it. Adopting a child means loving them just as if they were biological. The main goal is to form a loving and caring family.

This is a very complex process to go through and it’s very normal for soon-to-be adoptive parents to have many questions and fears about it. Adoptive parents tend to have a lot of questions and mixed feelings inside them. They think things like, “Will I be a good father/mother to them?”, “Will I get them to love me?”, or “Are we going to be a real family?”

One of the biggest fears adoptive parents have is that their child won’t feel loved. The funny thing about that is that the child probably has the same thoughts and fears regarding their soon-to-be parents.

Adopting a child is a great responsibility since the child needs to feel loved and protected. Adopted children don’t need fearless parents. They just need parents who know how to handle fear in an assertive way.

4 things to keep in mind before adopting a child

According to the United Nations Convention on the Rights of the Child, adoption is not a tool to solve fertility problems but a measure of protection of abandoned children.

Adopting a child is not something to be taken lightly

The first question that soon-to-be adoptive parents should answer is both simple and profound: Why do you want to adopt a child?

After answering this question and making the decision to adopt, a hard process begins. Adoption agencies evaluate people to see if they’re the ideal candidates for a specific child. Their lives are analyzed thoroughly with the sole intention of finding the best family for the child. This makes soon-to-be adoptive parents very nervous, but it’s something that simply has to be done.

People should remember that adoption is a long process. In many cases, it’s also very difficult. The professionals in charge of this process must dig very deep into diverse topics such as work, friendships, and the overall lifestyles of the soon-to-be adoptive parents.

Applicants often think that all those questions and interviews are excessive. However, it’s important to just be patient and not lose sight of the ultimate goal: adopting a child. On the other hand, the interviewers that are responsible for carrying out this task should be sensitive and empathetic.

Preparing for the interviews

Some applicants want to adopt a child so soon that the whole adoption process seems endless to them. The criteria that soon-to-be adoptive parents need to meet might seem subjective and unfair. However, they’re actually governed by laws established by international conventions and make a lot of sense.

The interviewers ask the applicants about the motivations that lead them to want to adopt. In addition, they dig deep into their relationship, their personalities, their physical conditions, and their ability to consolidate and develop an adoptive relationship.

Let’s get something straight: adoption isn’t charity work. Both the parents and the adoptive child have experienced hardship. They’ll all begin to heal when they form their new family. Adoption is all about building a better future together, it’s not a favor. It’s a reciprocated illusion.

The parents’ wish is granted when they get to take the child home. However, this isn’t the end because there’s still so much work to do. It’s important to keep this in mind because some parents think that they’re done after that. Adoptive parents should always be ready to face other people’s questions in an assertive and positive way.

It’s difficult to predict how the adoptive child will adapt to their new family and home. The adaptation process is even more complicated when it comes to children from other countries. Their previous story, experiences, and ways of life can influence their adaptation to their new environment.

A good piece of advice we can give new adoptive parents is to become friends with other adoptive parents. If things get rough, let them share their stories, experiences, and feelings with you. Also, it’s important not to have preconceived ideas about the family adjustment period after the child’s arrival. It’s a stage where both the child and the parents begin to establish an attachment bond based on love, respect, and mutual trust.

What Factors Influence Attachment in Adopted Children?
All adopted children go through certain experiences in their first few years of life that can complicate their development -- experiences that other children don't have to deal with. Read more »
Link copied!
Interesting Articles
Psychology
The Bad Habit of Being Offended by Everything

We've all known people who are offended by everything. It's really hard to interact with them because at any second…

Psychology
My Conscience Is More Valuable to Me Than Any Opinion

It may be the years or perhaps maturity, but there always comes a moment when we finally "wake up" to our conscience,…

Pain is an individual and subjective indicator that something is wrong inside our bodies. It can have a huge impact on…