Online predators tend to target minors because they're easier to manipulate. But what do they want and why do they do what they do? Read more here. 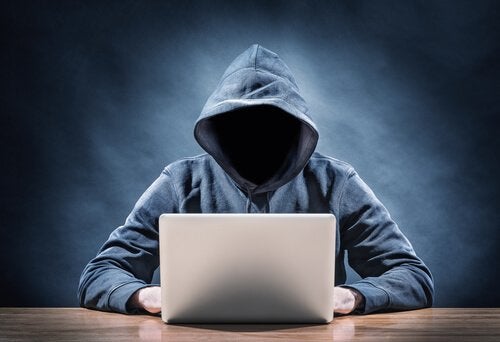 Between 1970 and 1990, a series of murders and sexual assaults took place in Russia. Andrei Chikatilo, a middle-aged man, killed more than 50 people. We can use his criminal acts to analyze the psychology of online predators.

Most of his victims were young women and children (boys as well as girls). After being fired from a school where he taught because he had abused his students, he found a job as a factory worker. Since he had to go on a lot of business trips, he used train stations to capture his victims. They were always children or teenagers in vulnerable situations who didn’t know how to travel by train. His story was portrayed in the movie Citizen X several years later.

Sexual predators have been a social problem throughout history. Nevertheless, the way they operate has evolved over time. Andrei Chikatilo adapted to the situation he lived in. He used train stations as a way to target his victims.

Criminals have been perfecting their paths to crime with the new information technologies that have emerged. Using social networks, chat rooms, or forums allows anyone to quickly contact a lot of people. These spaces make it easier for these criminals to select their victims. It also makes it easier for them to fabricate credible lies.

“Grooming” is the way sexual predators pursue people by means of the Internet. The speed of information and lack of security are two main factors that help them commit these acts.

According to a study on cybercrime the Ministry of the Interior of Spain carried out, most online predators tend to be male. They can be of absolutely any age, although the majority of these crimes are committed by assailants who are between the ages of 18 and 60. On the other hand, the most vulnerable victims are minors.

There are several psychological characteristics that can help us explain the strategies these predators use and the reasons why they do what they do:

Online predators know how to frame situations in ways that suit them best. They continuously create cognitive distortions to throw their victims off balance. That’s how they’re able to trick their victims into giving them whatever they want. This tends to be very easy to do with minors.

This is an extension of the previous characteristic. Online predators create a power imbalance so that they can submit the other person to their will. Even from the very beginning of the conversation, they’ll try to dominate the other to get what they want. They seek to feel the satisfaction they experience when they have power over someone.

However, some online predators are quite the opposite in their day-to-day lives. They may seem like people who are really easy to dominate.

Online predators use the online medium to create comfortable environments. They identify with the other person’s problems, showing them that they understand and are interested in what’s happening to them. Also, these predators display an interest in their victim’s tastes and desires and know how to adjust themselves to the demands of different situations.

Low self-esteem makes it difficult for sexual predators to maintain healthy relationships with anyone their own age. That’s why they seek out people who are more vulnerable and more accessible.

They have a tendency to depersonalize and objectify others

Online predators treat their victims as objects that serve to satisfy their sexual desires. Since they contact them through computer screens and can’t see them, it becomes easy for them to not consider them human. Thus, they’re able to treat their conversational partners as nothing more than entities. That’s how these criminal justify their illicit actions. They blame the victim, arguing that they brought the whole thing on themselves.

Doxing and the Threat of Revealing Personal Information
Doxing consists of using information available online about a person to create information profiles to harm that person. We can prevent this. Read on! Read more »
Link copied!
Interesting Articles
Personality Psychology
The Four Personality Types According to Gerlach, Farb, Revelle, and Nunes Amaral