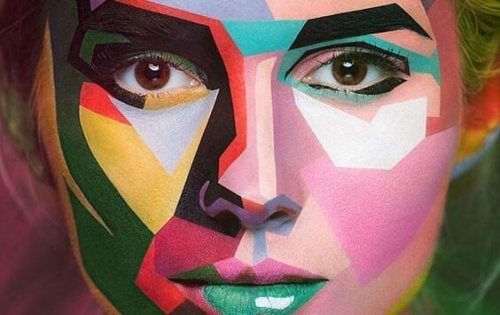 The human mind is still a mystery to science. It’s able to create the most impressive ideas, but also the most surprising nonsense. Delusional misidentification syndromes are examples of this. These are distortions of the thought process that lead the person affected to have a distorted vision of reality.

One of the main symptoms of delusional misidentification syndromes are deliriums in the content of thought. A delirium is a belief the person considers as true, although it doesn’t have any logical or empirical foundation.

Those delusions or illusory convictions are present in delusional misidentification syndromes. They lead the person into having a completely wrong perception of themselves. Many times, they’re part of more complex psychiatric diseases or neurological disorders. Let’s learn more:

Capgras delusion, one of the delusional misidentification syndromes

Capgras syndrome or Capgras delusion is a disorder that leads a person into thinking that one of the closest people in their lives has been substituted by an imposter. They believe that person is a double.  Their impossibility to recognize what’s actually real is what makes this a delusional misidentification syndrome.

What happens in Capgras delusion is that the person is able to physically recognize a familiar person, but the feeling of familiarity doesn’t emerge in their minds. It’s a sensory perception with neither subjective sensations nor feelings.

In the case of this delusion, there is a disconnection between the visual recognition system and the affective memory. A person could also direct this delirium to themselves. In that case, the person affected thinks someone else is substituting them. This generally happens as part of a psychosis or as a result of a brain trauma.

Another delusional misidentification syndrome is Fregoli delusion. This is related to paranoia and it appears in different ways. The most typical case is when a person thinks they have a persecutor and that they’re capable of assuming different appearances. Whenever they see someone they know, they might think it’s actually their persecutor disguised as a familiar person, with the purpose of deceiving them.

This delusion can manifest in a very different way than the one above. The person thinks they know strangers; they see them with familiar faces. Likewise, they might believe they know places or objects they actually don’t.

Even though science hasn’t exactly established the causes for this, it’s known that this delusion has to do with a malfunction of the associative nodes. This would make a person incapable of synchronizing mental and physical perceptions. Brain injuries can produce this; it can also appear as part of a paranoid delirium episode.

Imagination can often be a great part of jealousy – many times, it has more to do with fantasy than reality. What there is is a constant suspicion, which rarely corresponds to the facts or is verified. In the case of Othello syndrome, this is brought to the highest level possible.

A person who presents this syndrome has an obsessive conviction that their partner is unfaithful. They are absolutely certain and they only want to “catch them in the act”. What makes this a delusional misidentification syndrome is the fact that the person affected cannot see (or identify) their partner as they really are. They only see them as a traitor. This makes the person invest a lot of time and energy into looking to prove their infidelity.

A distinguishing characteristic of Othello syndrome is that the person can permanently feel the presence of a third party within their relationship. However, when anyone asks them what that person looks like, they’ve got nothing to say. They only point out certain facts about them on rare occasions.

These aren’t the only delusional misidentification syndromes, there are others out there. The common factor between all of them is the difficulty in recognizing oneself and others. Almost always these syndromes are linked with severe psychiatric pathologies. Therefore, they require professional treatment.

Othello Syndrome – Uncontrollable and Pathological Jealousy
Jealousy is pretty normal in romantic relationships. The problem is when it becomes uncontrollable, constant, and unhealthy. This is known as Othello syndrome. Read more »
Link copied!
Interesting Articles
Psychology
3 Misconceptions About Treating Depression

Psychology
Discipline and Love: How to Educate a Child

When we establish radical positions about our children's education, we lose control of the situation. So, we go towards the…

Eudaemonia means having good fortune, wealth, or happiness. Carl Jung believed we should all foster it inside of us. To do…

Fritz Perls quotes are still a source of inspiration today. He also was the creator of Gestalt Therapy, along with his…