3 Lessons from the Ship of Fools Myth 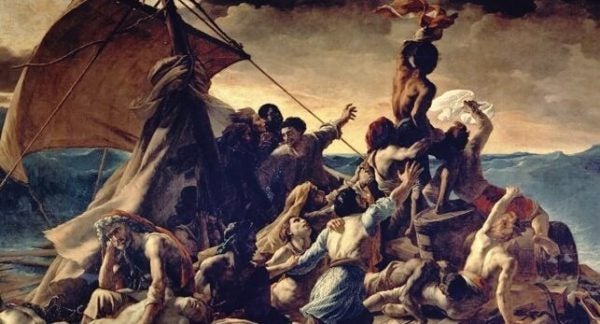 The Ship of Fools myth was first mentioned in the year 1486, at the dawn of the Renaissance. A man named Sebastian Brandt wrote a long poem called Das Narrenschiff or Stultifera Navis. In it, he talks about a voyage that 111 madmen made to a place called “Narrangania” or “Locagonia”.

Jerónimo de Bosh, El Bosco, was more direct. He created a painting called “The Ship of Fools”. In it, he captures the pilgrimage of a group of men and women who aren’t in their right minds. They’re traveling by sea to an unknown destination. That is the essence of the Ship of Fools myth. Those who don’t coincide with collective reason should be thrown overboard. Hence, they are destined for a wandering life, without a country, without firm land… only endless meandering.

In his “Madness and Civilization: A History of Insanity in the Age of Reason”, Michel Foucault alludes to the Ship of Fools myth. He indicates that it could have really happened. There are old documents from the Middle Ages that mention ships whose cargo was “fools”. According to these accounts, they weren’t allowed to dock in any port.

The Ship of Fools myth is, in its very essence, the construction of the concept of madness, society’s response to it, and the treatment that should be applied. In this regard, there are several things we can learn from it:

The classical Greeks were the firsts to try to study what happened in the mind. There was ambiguity about it. Insanity was considered a demonic condition. However, Hippocrates attributed it to an imbalance of bodily fluids that should be treated with a proper diet. Something similar happened in Rome.

During the Middle Ages, madness was definitely thought of as supernatural. There was no talk of madness as such, but of possession. The normal treatment for those suffering from mental disorders during these times was ostracism and segregation.

Apparently, society doesn’t tolerate anyone who seems to be a bit far from reason. They’re considered threats. In this regard, Foucault indicates that it’s a threat to the established order and that’s why it causes fear and induces segregation. There are those who maintain that the Ship of Fools myth was first expressed in Greece. It was a form of exclusion to “safeguard” the “common good”.

2. The Ship of Fools myth and brutality

Unlike other patients, no one feels sorry for madmen. They’re basically feared. Although mental disorders aren’t contagious unlike leprosy or tuberculosis, they unleash a deep rejection in others. This rejection has often resulted in brutality.

The Ship of Fools myth represents an intolerant and cruel way of addressing mental illness. However, segregation is just one of the “less radical” ways of dealing with insanity. There are other practices that are much more brutal. For example, on many occasions, people with mental disorders have been tortured.

In the Middle Ages, the “fools” were burned, beaten, and often treated like animals. It was believed that there was a “stone of madness” and that it was in the brain. Many were mutilated. In the Modern Age, the idea that insane people had to be confined became more popular and “fools” were no longer sent on a wandering trip, as in the Ship of Fools myth.

3. The concept of madness is unclear and imprecise

A definite concept of madness still doesn’t exist today. During the Middle Ages and the Modern Age, anyone who deviated from the norm was called insane. This included people with cognitive abilities, rebellious people, prostitutes, and almost anyone who didn’t fall in line.

Surely many will be amazed to read this. Maybe you think we’re fortunate to live in progressive times. However, the change isn’t so noticeable. We live in a society that only accepts collective delusions. For example, the belief that a brand makes you superior. Also, there are countries in the world where certain people believe they are better than others because they wear clothes of a certain brand. That isn’t considered insanity. On the other hand, if a single individual does something different, they’re considered insane.

Cruelty continues to haunt mental illness. Sometimes that insensibility is born in the family of the very same people who don’t fall in line or are the victims of hallucinations. People still turn to exclusion to address the situation. As in the Ship of Fools myth, many people with mental disorders are left to their own fate. They’re sometimes seen on the streets of many cities around the world. They’re also seen coming and going through the corridors of mental institutions, which rarely seek to help and encourage them. Segregation, secrecy, and dissimulation are the ways people deal with mental illness, as if they were a reality that could disappear if we swept them under the carpet.

Call Me Crazy, I’ll Be Happy
I'm tired of hearing the word crazy, especially since it's so misused. It's like an out-of-context, poorly used saying that's pleasing to ignorant ears, but Read more »
Link copied!
Interesting Articles
Cinema, Television, and Psychology
This Video Will Teach You to Value Yourself

Obesity is not well-represented on television. In general, characters on the small screen tend to conform to the conventional definition of beauty. Studies show that this lack of representation of a…

Culture
Why Do People Believe in Pseudosciences?

It's funny how some people, even with all kinds of education and easy access to information, are powerfully attracted to…

Culture
Omega-3: The Best Neuroprotector Ever