21 Strategies for Earning Your Child's Respect

Many parents think that their children are obligated to respect them. However, the reality is that respect is something that people must earn every day. In this article, we'll share some strategies to make this goal easier to achieve. 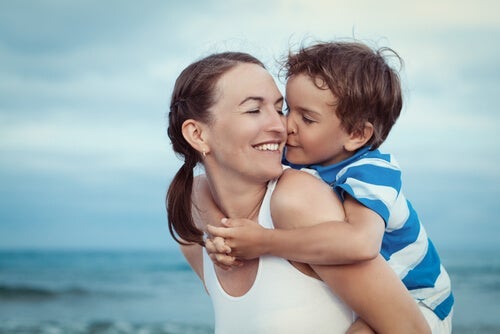 There’s natural impulsivity in the way children and young people talk to others. However, that doesn’t mean that they’re allowed to respond rudely and disrespectfully, especially to their parents and teachers. However, it seems that, many times, young people have little to no respect for adults. If you’re a father or mother, you should know that earning your child’s respect is possible. There are obstacles, of course, but it’s something you must do.

In fact, many individuals think that their children must respect them simply because of the fact that they’re their children. That may be true to some extent; there’s no doubt that respect is something that we should show for everyone around us. However, your child’s respect isn’t something that you should demand. In fact, it’s earned.

Now, we have some bad news. It turns out that respect is very difficult to regain when it’s lost. Not only that, but it’s difficult to earn in the first place if your behavior isn’t appropriate. But there’s some good news as well. Basically, it’s never too late to acknowledge your mistakes and work to gain someone’s respect again.

These are some of the most important strategies for earning your child’s respect:

It’s not just a matter of setting an example. Respecting yourself, others, and the environment is the foundation not only of all good education but also of happy and mentally healthy growth.

Family Relationships Take Empathy and Respect
Though it can be hard to raise children, and do it well, we should always remember that family relationships take empathy and respect. Read more »
Link copied!
Interesting Articles
Family
Staying in Touch with Grandparents during the Lockdown