10 Unforgettable Quotes from The Unbearable Lightness of Being 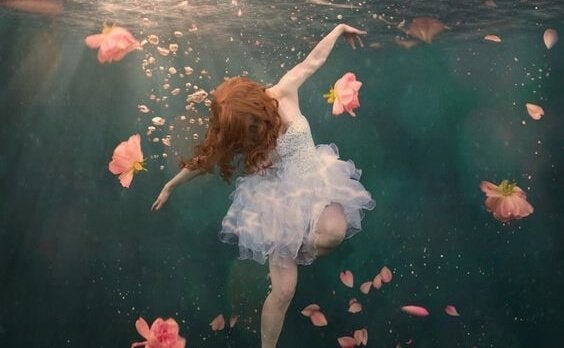 Milan Kundera is one of those writers you never forget after you read him. His books are so deep and powerful. The Unbearable Lightness of Being, one of his iconic books, is a perfect example.

The quotes we’ve compiled here from The Unbearable Lightness of Being are memorable for how clear they are. It’s a novel about love, but it’s also so much more than that. At its heart it deals with what all great books deal with: the meaning of life.

“Anyone whose goal is ‘something higher’ must expect someday to suffer vertigo.”

There are so many good quotes from the The Unbearable Lightness of Being but we’ve tried to gather up the most meaningful ones, the ones that give you the essence of this amazing novel, the kind you can’t stop reading. Here are 10 of them.

The Unbearable Lightness of Being

Almost all the following quotes from The Unbearable Lightness of Being are about love and trouble in love. The novel captures the many different forms that a romantic relationship can take. It tries to define love.

Milan Kundera also makes an effort to define what love isn’t. He contrasts loving with wanting to be loved.

“Perhaps the reason we are unable to love is that we yearn to be loved, that is, we demand something (love) from our partner instead of delivering ourselves up to him demand-free and asking for nothing but his company.”

The Unbearable Lightness of Being doesn’t exactly talk about what we’d normally think of as romantic love. What Kundera does is try to put that feeling together with the meaning of life for modern humans.

“Loves are like empires: when the idea they are founded on crumbles, they, too, fade away.”

And here he describes love and the end of love in a very interesting, deep way. He says that love actually stays alive because it’s also possible for it to not be there at all.

Kundera also thought love came along with renunciation, but not exactly the renunciation that goes with fidelity, or the kind that has to do with renouncing your own well-being for the sake of someone else.

In other words, love takes hold and survives out of its fragility: being vulnerable and accepting the other person’s vulnerability.

With an ironic touch, Kundera talks about another kind of renunciation in love: renouncing logic.

“When the heart speaks, the mind finds it indecent to object.”

What he means is that what your feelings tell you is truer and more important than what goes on in your thoughts.

The entire plot of The Unbearable Lightness of Being centers around the concepts of lightness and heaviness. Over and over again he questions which of these two should control life.

“The heaviest of burdens is therefore simultaneously an image of life’s most intense fulfillment. The heavier the burden, the closer our lives come to the earth, the more real and truthful they become.”

It questions the current idea that shallowness and superficiality are easier to bear. Actually, carrying a heavy burden makes life feel more real and more worth living.

“For there is nothing heavier than compassion. Not even one’s own pain weighs so heavy as the pain one feels with someone, for someone, a pain intensified by the imagination and prolonged by a hundred echoes.”

According to Kundera, other people’s pain is harder than your own, and it’s love that makes it this way. Compassion is a heavy burden because it’s an unfixable pain. You might be able to deal with your own suffering, but other people’s suffering is their own, and it hurts you just the same.

This one is deeper than it seems at first glance.

“We can never know what to want, because, living only one life, we can neither compare it with our previous lives nor perfect it in our lives to come.“

Logic throws out the idea that every human being has to have a “why.” What he says is that it’s impossible to know it, because we live our lives blindly and only learn things about life by living it.

“The sketch that is our life is a sketch for nothing, an outline with no picture.“

Discovering Your Values Gives Your Life Meaning
People often have to rethink and reflect upon their values in order to reach a true meaning: knowing what matters and doesn't matter to them. Read more »
Link copied!
Interesting Articles
Literature and Psychology
I'm Feeling So Textual I Could Kiss You Away with Poetry

Henry David Thoreau says that people must really work on living deliberately. But don't we already? No, we don't. This…