Rebuilding a Relationship After Infidelity: Is It Possible? 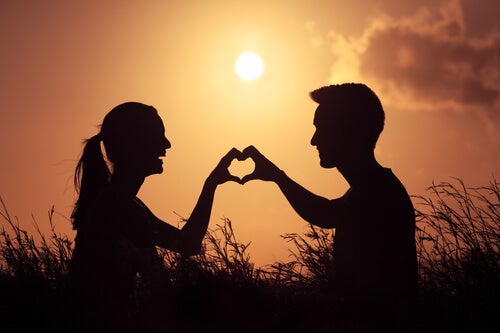 It’s normal for couples to go through crises over the years as they live life together. Living together, children, etc. All these situations put the relationship to the test, but they are normal. We expect to have them, and we expect to overcome them. However, there is one situation that is not normal, at least not anticipated, that leads to serious crisis: infidelity.

Infidelity makes trust break down, which is an essential element in a properly functioning relationship. Cheating is a situation where there is a clear before and after — or sometimes no “after” at all. Here, we will try to identify how it would be possible to rebuild a relationship after infidelity.

Are there different types of infidelity?

Yes, there are. Although there are certain ideas that vary between cultures about what infidelity is, each person has their own limits, their own definition. Practically 99% of the population considers sexual or intimate contact with a third person as cheating. However, we don’t agree as broadly on the following:

All these situations above are considered infidelity by some, but not by others. Almost all of us understand that sexual contact with a third party is infidelity. But we don’t agree on what pornography or flirting means.

Keep in mind that each person comes to the relationship with their own ideas and boundaries. When both parties don’t have the same opinion, there is usually a lot of jealousy and conflict surrounding the issue. Sometimes one person thinks there’s infidelity but the other doesn’t. They might have difficulty deciding if it’s worth it to rebuild the relationship.

What happens after infidelity? What are the repercussions?

Infidelity can put a relationship in major crisis. It is based on the “traditional” or monogamous couple, where relationships and intimate contact with other people is not allowed. That is, we’re not talking about couples who practice polyamory.

“Love is so short and oblivion so long.”
-Pablo Neruda-

When infidelity passes through the relationship like a tornado, parts of the relationship are either broken or they disappear. The greatest negative impact is caused by the deception itself, rather than by how far infidelity had gone on a sexual, physical level. Trust disintegrates, you no longer feel like a team, and you can’t look at them the same way.

Life after infidelity: What does overcoming infidelity depend on?

Overcoming infidelity depends on the personal values ​​of each party. It’s already decided whether or not a person can overcome infidelity before it even happens. If their personality is resentful, or have a hard time forgiving and forgetting… if they have very traditional ideas about how a relationship has to be.

All of these are examples of when it will be very difficult to overcome infidelity. Because this situation shatters everything they thought the relationship was. Putting the pieces back together again is very hard and goes against their most deeply ingrained ideals.

Also, for those who have already dealt with infidelity in the past, it can be much more difficult to forgive. After all, new infidelity brings back feelings and pain from the past. The feelings compound, and the current situation feels even more terrible and catastrophic.

But for those who have been unfaithful in the past, it may be easier to forgive being cheated on. It makes sense; they can put themselves in the place of the person who cheated on them. They possibly understand better what led the other to commit infidelity.

To put it another way, if you have been unfaithful at some point, it may be easier to empathize with someone who has been unfaithful to you. In this context, overcoming infidelity can be easier and not an impossible challenge, especially if it deals with one-time infidelity that didn’t go on for a long time. One-time infidelities are easier to forgive than ones that happen over a period of time (repeated encounters).

Infidelity and your values

At the same time, the importance given to sex is a key aspect in life after infidelity. When a person who understands it as an act closely linked to love and trust is the victim of infidelity, it will be especially difficult for them to get over it. It’s because even if they want to forgive and rebuild their relationship, their heart won’t allow it. At the very least it will be very difficult for them.

“I think you still love me, but we can’t escape the fact that I’m not enough for you.”
-Haruki Murakami-

Although much progress has been made in gender equality and sexuality, there is still a popular belief that men are more likely to be unfaithful than women. This is false and there is no difference between how men and women overcome an infidelity. Personality and values ​​are more influential than gender.

How to rebuild a relationship after infidelity?

First, distance yourself for a few days. Separating momentarily to put aside your worst emotions is better than giving free reign to everything you feel. You may act with revenge and then later regret it.

Secondly, avoid asking for details about what happened, who it was with, where, how, etc. Each piece of information you know about the infidelity is just material for the “film” you’ll replay in your mind. Plus, it does not allow you to turn the page. Knowing the details will not make you feel better.

Dive into the depths of your being and think about if you really will be able to live with what happened. Forget the formalities and obligations that bind you (a house, children, work, family) for a minute. You have to be honest with yourself and find out if you really want to move forward.

Finally, remember that if you feel lost, ask for professional help. Don’t ask for advice from everyone. Friends, neighbors and relatives cannot do what a therapist can. She will figure out what’s best for you in your situation, with your personality and values. A therapist will not overprotect you, nor will she judge you or your partner. Most importantly, she will probably have helped others in similar situations.

Lovers, Partners and Infidelity
Read more »
Link copied!
Interesting Articles
Philosophy and Psychology
The Relationship Between Uncertainly and Change According to Pema Chodron

Leading groups and teams isn't easy. No matter how many leadership skills you might have, you can make mistakes if…

Culture
The Poisoned Arrow: A Buddhist Story about Living in the Present

One of Buddha's greatest tenets was about living in the present. We can see how some of his principals are…

There's a saying that states that “the eyes are the window to our souls.” Because through our eyes we can show others how we feel, both physically and emotionally. Furthermore, through your eyes,…