﻿﻿The Story of the Carrot, the Egg and the Coffee 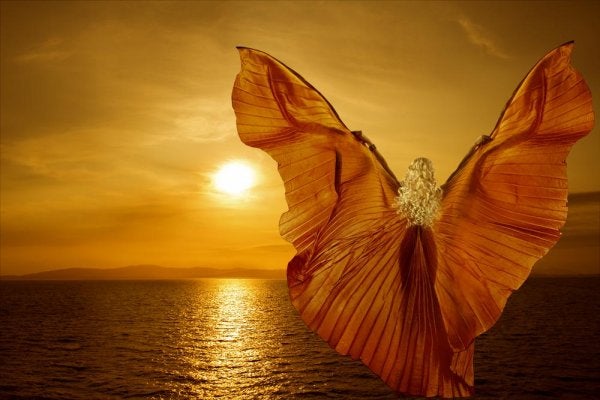 “Once upon a time, the daughter of an old gardener constantly complained about her life and about how difficult it was to continue. She was tired of fighting and did not feel like doing anything. When a problem was solved another one came up and that made her give up and feel defeated.

The gardener asked his daughter to come closer to the kitchen of his cabin and take a seat. Then he filled three containers with water and put them over fire. When the water began to boil, he put a carrot in one pot, an egg in the other and poured some coffee beans into the last one. He let them boil without saying a word while his daughter waited impatiently without understanding what her father was doing. After about twenty minutes her father turned off the fire. He took out the carrots and put them in a bowl. He pulled the eggs out and placed them in another dish. Lastly, he ladled the coffee.

He looked at his daughter and said, “What do you see?” “Carrots, eggs and coffee,” was her answer. He brought her closer and asked her to touch the carrots. She did and noted that they were soft. Then her asked her to take an egg and break it. She took the shell off and observed the hard boiled egg. Then he asked her to try the coffee. She smiled as she enjoyed its sweet aroma. The daughter then asked “What does this mean, dad?“

“Which one are you?” he asked his daughter. “When adversity knocks on your door, how do you respond? Are you a carrot that seems strong, but when pain and adversity knocks, do you become weak and lose your strength? Are you an egg that starts with a malleable heart ? Do you possess a fluid spirit, but after a death, separation, or a layoff, become hard and stiff? On the outside you are the same, but how have you transformed on the inside?

Or are you like the coffee? The coffee changes the water, the element that causes it pain. When the water reaches its boiling point, the coffee achieves its best flavor. If you are like the coffee bean, when things get worse you react better and make the things around you better.

And you, which one of the three are you?

Being an egg or a carrot only harms you, so: get up and continue on! Don’t stop. Fight. Because you will not have strength tomorrow if you let it go by today. Be strong and trusts yourself. Learn to handle adversity.

Believe in your destine

To keep the motivation to get what we crave alive, it is imperative that this goal is always with us. Remember what is valuable to you: develop a mental image in which you’re achieving it; close your eyes and feel the power of your thoughts.

When something does not go as we hoped, we need to fix the puzzle since it is something disassembled. Do not think that everything in life has to be linear. By definition, it is going demand change, nothing is static. Be flexible. The balance does not exist, but rather the demands of life are changing and things remain in place for a little bit of time. If plan A doesn’t work remember that the alphabet has 26 letters.

One failure is just that; one. And besides, it is transient. You might push back but when that happens, that failure becomes an opportunity by reminding you that achievements are best friends with company: summarize and balance how you have been able to overcome difficulties; these are your achievements. Do not lose sight of them!

Sometimes our barriers are self-imposed and they may consist of us thinking whether we’re doing the right or wrong thing, whether it hurts us or not, and if we have the habit of repeating negative thoughts like the gardener’s daughter.

Thoughts are not facts, so it is imperative that you act in order to achieve your goals. Be a warrior and eliminate from your path what hinders you from your goals. Sometimes it is other people or the same circumstances, but usually we are the ones setting the obstacles. The relief will come later.

Accept that it is natural for difficulties appear and experience the positive part of them as they help you to reassess your goal. Accept it, allow it and let it be so. Be like a phoenix and be reborn and with all your glory by remembering the difficulties you went through to start a new life, a new journey.

Handling difficulties and trusting in ourselves is not easy, but it is worth reflecting and thinking on how we weather each blow life gives us, every obstacle that hinders us from reaching our goal.

When something ends, something else begins. They say that victory rises from the ashes of the error and that in the face of adversity, we must always maintain a light to guide us and show us the way. But “it is our light, not our darkness that intimidates us“.

Have faith that you’re going to achieve it because, whether you think you can and or not, you will be right.

Link copied!
Interesting Articles
Clinical Psychology
Hodophobia or Fear of Travel: What Is It?