You're Stronger than the Envy of Others 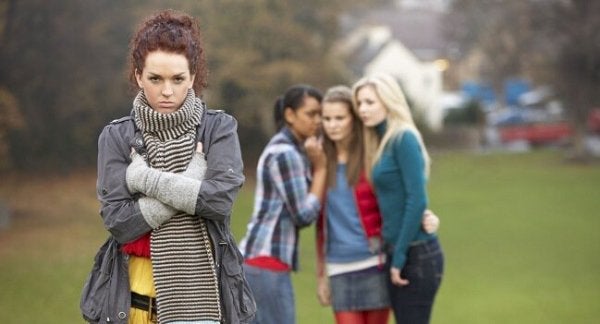 Envy is a feeling (or passion if it’s very intense) of an unpleasant nature which emerges when you think about what another person possesses or has achieved.

The term envy proceeds from the Latin “invidere”, which translated literally means “to see with bad eyes”.

Envious people frown upon the qualities, success or possessions of others. For these people, they constitute a source of unpleasant feelings and profound dissatisfaction.

Being envious is usually a secret, hidden thing. You don’t hear of people being seriously envious of you very often. It almost is embarrassing to admit that another can make you so uneasy, sometimes even hostile towards them.

Other times, we try to justify our envy through value judgments. Judgment, despite having some motive to back it, is so nuanced by our emotional state that it’s usually not very objective. Due to this mechanism, sometimes fear gives way to slander or defamation.

A person filled with envy frowns upon the qualities, success or possessions of others. These constitute a source of unpleasant feelings and profound dissatisfaction.

It’s hard to find someone who’s never felt envious about anything in their lives. Although almost no one admits to feeling envy, you only need to look at someone who’s had a lot of success quickly. They will soon be the object of envy disguised as criticism.

Is there such a thing as healthy envy? Or is it simply a desire to excel?

There are situations that are connected to envy, but which belong to different dimensions. At times we say that we’re envious of someone because we admire their qualities or how well they are meeting their potential.

We would like to be like them in that way. It’s not about envy at all. Instead, it’s a desire to excel. That way, the envied individual becomes a role model.

Other times, one may feel indignation due to the success of someone we deemed unworthy. Say a coworker is up for a promotion. We might believe that said person isn’t prepared for the responsibility they’ve been given. This thought isn’t always hiding envy.

Sometimes there are objective reasons behind these thoughts or evaluations. This is especially the case if we’re not referring to people who are close to us, and if their success or new position is relatively unrelated to ours.

Not all criticism proceeds from envious people. There are other factors that can be confused with envy, such as jealousy or the desire to excel.

In other occasions a fear of another person’s prosperity lies behind our envy. We fear that once they take on this superior position, then it might harm us in some way.

Other times, it’s about more than envy. Instead, it’s about jealousy. We may be jealous when someone gets the love or admiration that we’dd like from certain people, exclusively.

Lastly, let’s not confuse envy with the disgust that you may feel after learning of another’s success or luck, until you end up with hate or a desire for vengeance. Their success doesn’t generate envy. Instead, it generates frustration due to those hostile desires.

Pride and selfishness are intimately linked to envy

Pride and selfishness are two traits that are intimately linked to envy. Pride makes an individual not accept others being valued as equal or higher than them.

These individuals consider them equal or less than and also aren’t willing to accept their accomplishments. In fact, comparisons with other people are very common when we’re dealing with envy. These comparisons are a source of self-evaluation and self-affirmation.

Selfishness implies an exaggerated craving to possess everything for yourself. It’s an attitude of self-absorption, ignoring everyone else’s interests.

Thus, the feelings and worries of others stay on the sidelines, as if they didn’t exist or weren’t important. The things accomplished by others are experienced as something you once owned but was taken from you. Others got something which, in your mind, belonged to you. Something that “they don’t deserve”.

Pride and selfishness are intimately linked to a feeling of envy. They are impulsed by desires of self-affirmation and defense mechanisms.

Pride and selfishness are impulsed by desires of self-affirmation and defense mechanisms for self-evaluation achieved through comparison with everyone else.

They are impregnated with value judgments about others, which lack objectivity, since they are deformed by emotional qualities. This is the scenario where envy makes its appearance.

7 signs that someone is envious of you

A true friendship is one that helps you grow and become a better person. However, you might have asked yourself at some point if your friends were envious of you or if they just admired you. To clear up this point, here are 7 signs that could indicate whether your friends feel envious of you.

Your friends may be envious if they…

7 pieces of advice to deal with envious people

The first step is learning to recognize envy. Sometimes it’s easy, but other times it can be quite complicated. That’s why we provided the criteria above.

Secondly, once you recognize these envious people, it might be a good idea to follow this advice for dealing with them:

If none of this works, the best thing to do in these cases is to get some distance from this person. There’s nothing wrong with changing your friendships or ceasing to have contact with someone who used to be your friend. Because now they are hurting you with their envy.

We have the right to choose the people who get to be around us and spend time with us.

Jealousy Comes from What You Imagine, Not What You See
unconscious seems to agree upon a clear idea: jealousy does no good for anybody - neither the person who feels it, nor the person it's directed towards. Read more »
Link copied!
Interesting Articles
Psychology
I Reserve the Right to Face my Demons

I reserve the right to be sad, to feel bad because it’s not fair or because something isn’t going well.…

Psychology
There Are No Toxic People, Only Toxic Behavior

Psychology
Prudence Is the Intelligence of the Brave

Prudence is a value that we often look down on or ignore because we think it's boring. We gossip to socialize…

Psychology
What Is Applied Psychology?

You could think of psychology as a large tree with countless branches, all trying to understand human behavior. In this chaos of leaves and branches, there is one that stands…