Do you have to stay with a person who really doesn't love you like you deserve to be loved? 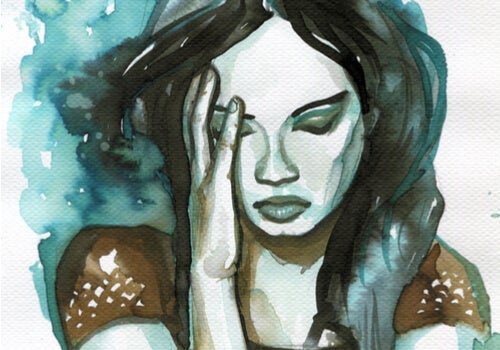 The relationships we maintain, in spite of being long-lasting, continue to change on a daily basis. If they don’t truly love you, it’s maybe best to leave. Therefore, in this update, you can make a change, including the possibility of breaking up with the ones who hurt you.

Getting rid of these self-obligations isn’t easy. This is because they’re usually deeply rooted in your beliefs. If you don’t follow these inclinations, it produces cognitive dissonance; a state in which discomfort reigns, a product of trying to fit two pieces together that don’t really match up.

As a result, when these two sentiments collide, an internal conflict appears that motivates us to do something to resolve it. And there are two options: to continue doing what we’re supposed to do or to take action on our values and change course, even if this means going against the current.

In this sense, the issue of interpersonal relationships isn’t spared from having its own set of problems, and many people suffer because of it. Whether it’s for a partner, a friend, or even family, we think we “should” behave in a particular way, at any cost.

When is it wise to leave someone who doesn’t truly love you?

To say that someone doesn’t truly love you is to point out a very wide space. What’s important is to establish some limits. Not for your own benefit or because you think you’re the center of the world, but because these relationships are an obstacle to our well-being.

What do we mean by “not truly loving?” Psychologist Silvia Congost advises you to cover your ears and observe what’s happening. It’s easy to tell someone with words that we love them and it’s also tempting to believe it without further ado. But, are you really feeling the love that someone professes to you? Are the person’s actions in line with what it means to love? If there are words of love, but no actions that prove that affection, perhaps it’s a plain lie.

There are some non-negotiable limits that make it acceptable to leave a relationship. In addition to these limits, there will be others that will be personal. In this case, each person has to see, with their heart when it makes sense to support someone who harms you. The limits that we think you shouldn’t overlook are the following:

Both physically and psychologically, when there’s an abuse, it would be wise to leave that relationship. We’re not just referring to the couple, but to any interpersonal relationship, even if it’s the family. Abuse is a way of making the other person believe that they’re inferior.

The abuser thinks that they really have the right to perpetrate some kind of harm on another human being. This gradually undermines the self-esteem of the victim, who, if they don’t get out of the relationship, will be greatly invalidated. The longer you remain in an abusive situation, the more you believe you should stay because you’re inferior and don’t deserve any better.

When they ignore you

Ignoring someone you’re supposed to love is another form of abuse. It’s turning your back on the other person, making them feel beneath you again. It’s important that the victim doesn’t get carried away with the idea of “that’s just the way this person is, that’s the way they behave” . Consequently, that’ll suggest to them the hope of change or in downplaying the emptiness they’re suffering.

The moment someone ignores you, they’re telling you that they don’t care about what we have to tell them, our feelings, what we think, etc.

Evidently, if they do this to you, that person doesn’t really love you, because, even if they don’t mistreat you directly, they’re putting your emotions aside, as if they were worthless.

When they humiliate you

There are people who laugh in public at others or make jokes about their physical appearance or the way they speak. Sometimes, these humiliations aren’t in public, but in private. In whatever way, you shouldn0t allow anyone to humiliate you because your self-esteem is at stake.

It’s true that your appearance or the way you behave doesn’t define you per se. This should be clear to you. But even so, it’s normal for you to feel upset if another person makes negative remarks about you.

Therefore, if a partner, friend, or family member laughs at you or judges you based on how you dress, your accent, or whether you’re skilled at something, consider leaving.

When they invalidate you, they don’t truly love you

Not only is freedom necessary, but so is the feeling of freedom. That’s why those who truly love you won’t limit your freedom beyond what’s reasonable. What’s more, they’ll also make sure that you feel that you have their love. Therefore, they’ll let you be responsible for your mistakes and you’ll be able to correct them, as well as be responsible for your successes.

For example, there are parents who try to convince their children to pursue a particular college degree. They say it’s “for their own good”. These parents aren’t loving their children in a generous way, as much as they might think that they are. In fact, one can see that this manipulation is more about egotism. It’s not actual concern for what their children’s interests really are.

Freedom is one of the most precious commodities. You have to feel free to decide what to think, how to dress, which friends to choose, or in which city to live. Allowing someone else to make these decisions means giving up a piece of power that shapes you, that’s genuinely yours.

It’s not an obligation

Remember, it’s not an obligation. There’s no rule that says you have to stay by the side of someone who doesn’t truly love you. Maybe the opposite is true, so stop the inertia that prevents you from breaking off that relationship.

Are You Tired of Taking the Initiative in Your Relationships?
Taking the initiative in relationships isn't necessarily a bad thing. However, you must address the situation if it makes you uncomfortable. Read more »
Link copied!
Interesting Articles
Culture
Two Successful and Inspirational Women