Yin and Yang: The Duality of Existence

The concept of yin and yang addresses the dual nature of human existence and the natural world. There’s no day without night, no life without death. Read more here! 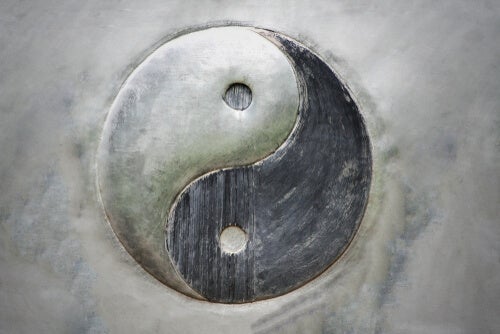 The concept of yin and yang stems from a Chinese philosophy called Taoism. Taoism is a philosophical framework that was created by Laozi, an ancient writer who may or may not have actually existed. What we do know is that these concepts have been around since approximately the 6th century to the present day.

“Remember the balance; the give-and-take of energy. The symbol of yin and yang is more than the integration of male and female. It’s also the balance of light and dark, soft and hard, active and passive, in and out, giver and receiver. You can’t have one without the other.”

Laozi describes them as a duality that exists in everything. Day and night, man and woman, life and death, etc. They’re two opposing sides that don’t contradict each other but complement each other and depend on one another. One doesn’t want to impose itself on the other. Instead, they coexist in balance with each other.

The Duality of Yin and Yang

Taoism says that constant change is the nature of everything. Winter follows fall and spring follows winter, without you doing anything to make it happen. The same happens in all of our lives. If you want to follow the path to virtue, you have to allow these changes to happen, in nature and in your life.

Personal desires and goals are what lead you to want to alter the natural order of things. Inaction, on the other hand, allows things to flow and unfold as they should, without outside pressure to change them.

Yin and yang represent this continuous change. When the duality expressed in these two concepts is balanced, then you have harmony. Disharmony, on the other hand, is when one side of the duality dominates over the other.

Yin corresponds to all that is feminine. It’s soft, warm, earthy, passive, absorbent, and dark. Yang represents the masculine side of things. It’s rough, dry, aerial, active, penetrating, and bright. Both elements and characteristics are present in everything that exists.

According to Taoism, a series of unique principles govern yin and yang. These principles define the dynamic that exists between the two forces and serve as a guideline to apply them to concrete situations.

It’s important to remember that the concepts of yin and yang are part of a specific philosophy, not a scientific theory. That being said, there are theories in quantum physics that coincide with yin and yang to some degree. Likewise, the idea of the inherent duality of nature has some practical applications.

The martial arts directly apply these concepts. Ideas such as defense/attack and concentration/relaxation come directly from yin and yang. Chinese Medicine also makes use of duality and complementarity to diagnose and treat illness. Practitioners of Chinese Medicine express that idea with this principle: calm what’s excessive and tone what’s deficient.

The concept of duality can also be applied to daily life to achieve inner peace. They call for detachment and acceptance. To let things flow. To accept that night gives way to day, sadness to joy, light to dark, etc. Don’t try to make everything positive. Instead, admit that duality exists. This is the Taoist path to a peaceful life.

7 Laozi Quotes to Help You Evolve
Most Laozi quotes are aimed at pointing out principles for a good life. Tao seeks to illustrate the “natural order” of things. Read more »
Link copied!
Interesting Articles
Philosophy and Psychology
The Noble Eightfold Path Relieves Suffering