Why Is There so Much Fat in Our Brain?

Fats, just like vitamins or proteins, help our bodies function better when they're present in our diet in the right proportion. To understand this a little better, today, we decided to focus on why there's so much fat in our brain. 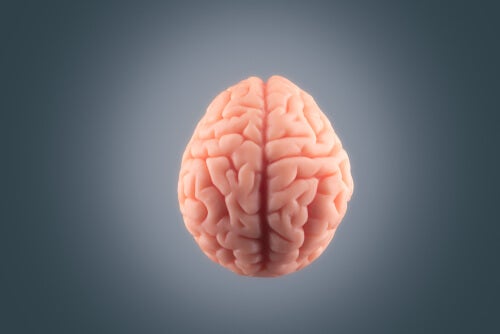 Why is there so much fat in our brain? Fat seems to be the enemy in most diets. However, the brain contains fat and needs it to function. In fact, fat is the most abundant component of the brain (about 60%), along with water. This makes it the fattiest organ in our entire body.

Thus, the brain collects a lot of the fat that we ingest and, contrary to what we might have expected, it doesn’t do so for energy.

However, when we consume fewer calories, we don’t reduce the level of fat in the brain. Moreover, reducing it through a low-fat diet would only affect its vital functions. Therefore, it isn’t correct to assume that fat is bad for the brain, since it’s part of the brain’s structure and affects its performance.

Why is there so much fat in our brain?

First of all, we need to clarify that the fat found in the brain isn’t the same as the fat in adipose tissues. This type of fat, besides isolating the different organs, has an energetic function. However, this isn’t the case in the brain.

The brain needs fat because it’s a great insulator of electricity. Therefore, the neurons and different brain regions communicate with each other by means of electrical impulses. Without the fat that covers the axons of the neurons (called myelin), the impulses that transmit information would be dispersed and wouldn’t reach their destination. In addition, the electricity produced could damage the brain tissue by burning it.

This way, the fat absorbs the heat, isolates the electricity, and allows greater conductance. This means that the electrical impulses are able to travel faster and more effectively.

In addition to this, fat is key to how the brain performs its tasks, as well as helping to renew and restore damaged neurons. Consequently, the lack of fat would cause a deterioration of the physical and functional brain. In contrast, optimal fat levels could prevent neurodegenerative diseases.

Which fat is good for the brain?

Many foods contain fat, but not all of them are good for your health or the brain. Of the fat present in the brain, 25% is cholesterol, which is essential for memory and learning. In fact, the brain cells themselves are responsible for making cholesterol.

The brain’s favorite fats are polyunsaturated fatty acids, also known as omega. These, and in particular omega-3, are fatty acids necessary for the functioning of the brain and need to be replenished from time to time. In this case, the human body doesn’t manufacture these types of nutrients, so it’s essential that we get them through food.

Here are some of the best foods to eat in order to supply the brain with the fats it needs:

Fish, such as sardines, tuna, or mackerel, are very rich in omega-3. In addition, they’re very healthy in general and beneficial in times of stress or depression. One recommendation to enhance the effect is to eat them fresh and, if possible, try to ensure they’re not too big, because, that way, they contain fewer metals.

This type of oil, cold-pressed, contains a lot of polyphenols, antioxidants that prevent neuron aging and deterioration. However, it’s important to know that these health effects are lost when the oil is very hot.

These are one of the reference points regarding beneficial foods for the brain, and, curiously, they even look similar to our gray matter! Nuts are the biggest sources of plant-based omega-3 fatty acids and, because of this, they’re very good for stimulating and protecting the brain.

Avocado is considered a superfood, as it contains about 20 vitamins and minerals, such as vitamin C, vitamin K, vitamin B6, potassium, magnesium, and iron. Also, they provide the amount of monounsaturated fatty acids necessary for the brain. This fruit provides enough energy to the brain and improves cognitive functions.

In short, the best diet is the one that meets our nutritional needs. Following a low-fat diet can be healthy for certain people and at certain times. However, fats, in their correct proportion, are still necessary.

Bowel and Brain – The Connection
It's been long known that there's a close connection between bowel and brain. It's only that this relationship was thought to occur only in one direction. Read more »

Link copied!
Interesting Articles
Brain
The Neurobiology of Intuition or Your Gut Feelings