Why Do Women Protest on March 8th?

Some people think that discrimination against women doesn't exist in anymore in "developed" nations of the world. They believe that in the 21st century, there is no inequality. So why do women protest on March 8th? Keep reading to find out. 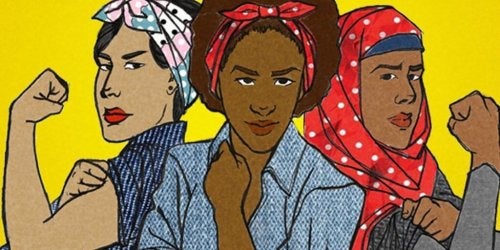 Why do we protest on March 8th? Lots of people ask that question. Some people say that in the 21st century, discrimination against women no longer exists, or it’s anecdotal. Others argue that wrong-headed feminists make everyone believe that women are weak and in need of protection when really we are living in an age when the situation for women couldn’t be better.

Those who defend the march say that we still have a long way to go to achieve true equality between men and women. They talk about the pay gap, femicides, the glass ceiling, being afraid of walking alone on the street, the invisibility of women in science, etc.

All opinions are valid, but they are only opinions without data to back them up. In this article, we are going to look at the hard facts to see if women are right to take the streets on March 8th.

“Feminism: the theory of the political, social, and economic equality of the sexes.”

There are two main reasons for the difference in pay between men and women. They are:

“Women in Europe continue to make 16.3% less on average than men. The pay gap between women and men has not decreased in recent years and that is due in large part to the fact that women tend to work inferior jobs in low-paying sectors, they get fewer promotions, they interrupt their profesional careers, and they do more unpaid work.” [translation]

When we talk about women in science, we talk about historical and educational role models for our kids. You have to stop and look at books about history, science, chemistry, physics, math, or literature to find some examples. The results are quite alarming.

In general, women don’t exist except as companions of historical male figures. Women are just appendix, supporting men and their achievements. In the study ESO: a hidden genealogy of knowledge from the University of Valencia in Spain, you can read more about this idea.

Another way to go about it is to try and think of famous women in science and culture. Many people know who Nelson Mandela is, fewer have heard of Rosa Parks. You know who Thomas Edison is and his accomplishments, but you’ve probably never heard of Beulah Louise Henry even though they were both equally important in their fields.

Penalization of motherhood in the working world and the glass ceiling

According to a study done by the Social Observatory of “La Caixa” called Do Women Have Fewer Opportunities to Be Hired? women have a 30% less chance to have a job interview with the same conditions as a man. In other words, if a man and a woman apply for a job with the exact same resume, the company will offer the man much better working conditions.

This pay gap gets even wider if you have kids. According to the same study, a woman with children has a 35.9% less chance of getting called for a job interview than a man with the same qualifications. That’s because women are the ones who take care of the family, the man simply “helps.” He isn’t the one ultimately responsible for everything.

But that’s not all. According to a study done on the Swedish population called Does the Gender Composition in Couples Matter for the Division of Labor after Childbirth? the pay gap that happens in lesbian couples after childbirth disappears after five years. That doesn’t happen in heterosexual couples.

The study clarifies that the gap disappears in homosexual couples because they share the responsibility for raising the children. This alone is a reason for women to want to protest and march on March 8th.

In an article entitled Violence Against Women: A Structural Vision, the author argues that violence against women is a strategy to maintain the patriarchy. It’s to prevent women from ending the inequality that they live with. As such, it’s socially more acceptable than male violence, and you can see that legitimization reflected in the law.

After reading all of this, do you still believe that women have no reason to protest on March 8th in favor of feminism? What do you think?

Women’s Day: If We Stop, the World Stops
"If we stop, the world stops" was the chosen theme for this year's Women's Day. Now, more than ever, there's a huge desire to raise awareness. Read more »
Link copied!
Interesting Articles
Biographies
Biography of an Extraordinary Anthropologist: Claude Lévi-Strauss

Operant conditioning, also called instrumental conditioning, is a learning method. It consists of creating associations between reinforcement (rewards) or punishments…

Tryptophan is a key player in serotonin production. This essential amino acid is one of your brain's favorites because it…