Why do we need to sleep? 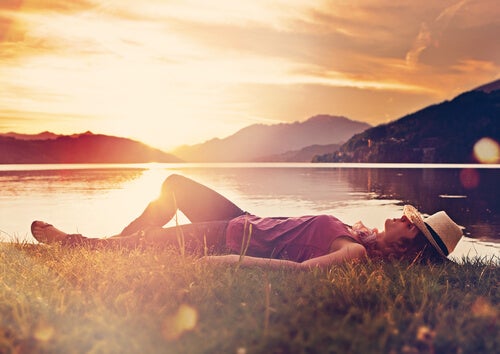 Everyone needs sleep. There are people who need at least 8 hours sleep every night, whereas others have enough with 4 or 5. Whatever the case, the truth is that it is not possible to live without sleep. It is one of a human being’s basic needs. Sleep deprivation can have very adverse effects on our body, and can even cause death.

A few days of sleep deprivation can severely the body. Even sleeping only a few hours a day can have negative effects on us. It can affect us emotionally, physically, and mentally. On top of that, every hour of sleep we lose can’t be recovered. Even taking a nap won’t take away the effects of your lack of sleep, and it can actually make things worse.

It is clear that we really need to sleep, but why is it so necessary? What happens to our brain while we sleep? What would happen if we stopped sleeping? Science has tried to answer all these questions by trying to replicate the conditions of natural sleep in different laboratories. Although there is still much to discover, the following are some of the findings in this area.

What happens to our brain when we sleep?

Before these studies, we used to believe that while we are resting our brain is “disconnected”. Experts used to think that our neuronal activity virtually stopped. However, it has been shown that this is not the case, and that some parts of our brain are still very active at night.

As we go through our different sleep phases, our brain activity changes. The REM phase is where most activity is detected. This activity is recorded through observing brain waves – observing patterns similar to the oscillations we can detect when we analyze the brain activity of an awake person. In the same way, in the slow sleep phase, simultaneous activation of groups of neurons has been detected every 4 seconds. This shows that the brain is also active in this phase.

Recently it was discovered that one of the most important functions of our sleep is to consolidate learning. The information we learn during the day is processed while we sleep. The brain eliminates all unnecessary and irrelevant information, and reinforces and classifies the information that is really important.

The effects of sleep deprivation

There are few people who have not suffered insomnia either on a regular or occasional basis. When we don’t sleep well during the night, the next day we suffer several physical and mental symptoms which make the day an exercise in survival. The main symptoms are of sleep deprivation are:

These, then, are some of the side effects of a sleep deprivation. But how long can we actually last without sleep? When can lack of sleep actually become dangerous? The record holder is Randy Gardner, who voluntarily submitted to an experiment in which all he had to do was stay awake. He lasted a total of 264 hours (11 days).

After a few hours he began to get moody and have concentration problems. After 4 days of the experiment, he started to experience hallucinations, and even came to believe he was a famous soccer player. He didn’t, however, have any adverse effects once the experiment was finished. According to the data obtained from the experimentation with rats and humans with fatal family insomnia, the longest a human being could go without sleep would be between 3 and 4 weeks.

Fatal family insomnia is a potentially dangerous autosomal dominant genetic disease. In this hereditary disease, and because of a mutation in chromosone 20, the brain produces and accumulates a certain prion (infectious agents composed entirely of a protein material) excessively. This abnormal accumulation produces a cerebral degeneration that especially affects the thalamus.

The brain degeneration caused by this disease produces many serious symptoms. Among these are persistent insomnia, memory deterioration, difficulty moving, myoclonus and weight loss. This inability to sleep can extend from days to weeks. The patients remain awake for long periods of time before they finally go into a coma.

The degeneration of the thalamus causes the person to be constantly alert and awake. Any treatment normally given to insomniac patients is useless for this condition. Although it is a rare disease, cases have been detected in 13 families in the Spanish provinces of Navarra and the Basque Country. There is currently no cure for this condition.

The importance of sleeping well

Experts recommend between 7 and 8 hours sleep a day. This, however, may vary according to age or health. Young children, for example, need many more hours sleep, as it is a critical time for their cognitive development and for their learning processes. Pregnant women also need to increase the number of hours they sleep.

Sleep is extremely important, but it must also be refreshing. It is essential that the dream (phase 4) and REM phases are satisfactory. During phase 4, metabolism and blood flow in the brain is reduced by 75%, compared to in our wakeful state. Scientists now know that the purpose of this is the elimination of free radicals that can damage the brain.

As you can see, we have mentioned several vitally important bodily functions, and it is clear that sleeping well not only makes us feel better – it also renews our bodies and our biological clock.

How to Solve Sleep Problems
Form habits that will help you solve sleep problems, to get to sleep faster and to enjoy better quality sleep. Read more »
Link copied!
Interesting Articles
Psychology
How to Detect Negative People

How can you detect negative people and start to recognize their behavior? There are many different stereotypes and fallacies which can sometimes make you think your own behavior is free from any negativity. While there are…

Psychology
A Growth Journey through Your Memories

Emotional immaturity is synonymous with a lack of emotional development. To become emotionally mature, you have to digest things, develop, and…

Psychology
Being Near Death Makes Us Brave

Being near death makes us brave. When our lives are in danger, our fears disappear, our doubts stop tormenting us,…

Interestingly, one of the most beautiful things the great queen of suspense Agatha Christie has said doesn't have anything to do…

Psychology
Awareness Is the First Step Toward Healing or Changing

Achieving a state of awareness is, above all, an awakening. It is opening your eyes from within in order to…

Interesting Articles
Emotions
Why are Emotional Presents Useful for Children?