Why Do I Bite My Nails? 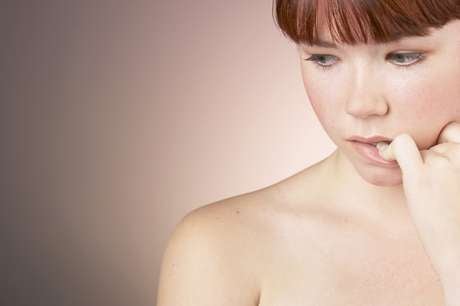 Onychophagia is the scientific name for the pathological inability to control the urge to bite one’s nails. This pathology is not just associated with aesthetics, it’s also linked to our emotions and personality.

While a lot of people bite their nails without even noticing, doing it in a compulsive way is a clear sign of an emotional imbalance. And it’s really a problem worth looking into.

Psychoanalysts explain that people who bite their nails are seeking a similar effect to babies while breastfeeding. This feeling is also obtained when you constantly have things in your mouth (sweets, suckers, plastic, etc.) Though that is known as “oral distress” from a psychoanalyst’s perspective.

Why do I bite my nails?

In regards to the habit of biting your nails, it’s another way to feel protected and safeguarded. We need something to “ground us” and reduce our tension, nerves, boredom, sadness, stress, etc.

Maybe you haven’t even noticed why you bite your nails. So, I encourage you to do an internal analysis. Does it happen when you’re not doing anything during the day and your hands are free, before an exam, when you’re walking through the streets alone at night? Does it happen when your boss calls you from work, before meeting up with your girlfriend or when you receive bad news?

This without a doubt has a psychological explanation. But let’s start from the beginning. Biting your nails is an automatic, unconscious and addictive habit. People that bite their nails can’t always avoid or stop doing it, just like any deep-rooted habit.

This behavior is linked to anxiety, insecurity, tension and depression. Some traits shared by people who suffer from onychophagia are: perfectionism, low self-esteem and a fear of failure. They also stand out for being hyperactive, very nervous and energetic. In some cases, they had to endure childhoods with parents who were too authoritative.

The average age at which kids start biting their nails is around 10 years old, and the habit can reduce or increase over time. This differs according to each person’s particular life events.

The primary sensation is satiation, but you can also experience tranquility, pleasure, protection, satisfaction and security. Also, while you bite your nails, the brain releases certain hormones linked to happiness and wellbeing.

Another problem caused by onychophagia has a social aspect. Maybe the first times the child bites his nails, his parents will scold him. But, later they will most likely disregard the situation.

The same happens with adults. It’s notable that if you’re biting your nails and a family member or friend says something, you’ll likely get mad and look for the soonest moment to do it again.

How can I stop?

While there are topical treatments like bitter nail polish and all kinds of tricks (such as rubbing garlic, chilly or pepper on your nails), a person suffering from onychophagia won’t quit this habit until they solve what’s causing it.

The first step is to figure out during what type of moments we bite our nails. Once you’ve identified it, the next step is to work on reducing the feelings that lead us to crave this release.

Is there an effective way to reduce anxiety, fear and nerves aside from biting your nails? You could relieve your tension by doing sports, relaxing activities or reading a book.

The good news is that there’s a cure for onychophagia that doesn’t involve disgusting nail polish or home remedies. Work on your feelings first and learn how to channel what’s making you feel bad. This way you’ll be able to leave your poor fingers and nails alone.

Today I choose to be happy, I choose to make myself a priority, to take care of myself and to…