When Your Emotions Lose You Money 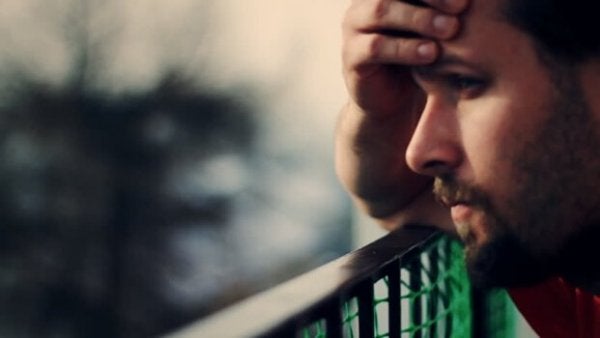 Certain actions, such as losing or gaining money, are closely linked to a person’s emotions. Most of the time money isn’t obtained or squandered for objective reasons. In other words, you could say that money is a symbolic object. As such, your mind creates different meanings for it and different ways of managing it, always taking into account that it’s practically a universal form of barter.

What causes you to make or lose money are the decisions you make. It goes deeper than having a lot of money or a little bit; the defining aspect is how you manage your wealth. Wealth has acquired the status of fetish, since we live in a world that has slowly turned everything into a buy-able, sell-able object.

Many people have psychological scars from a lack of resources together with emotional deprivation. Maybe their parents had to leave them alone to go make a living. It’s also likely that at some point they felt embarrassed by their lack of resources. In these particular cases, money is a complex problem that often leads to more problems.

“A dog with money should be called Mr. Dog.”
-Arab proverb-

Emotions and money: losing money and faking it

One factor that can make you lose money is hating your life. You are convinced that a lack of financial resources is the reason for your dissatisfaction with life. So you believe the fantasy that your worth would increase if you had more money.

Therefore you’re associating money with satisfaction. You become incapable of imagining good situations that don’t imply spending. And since your resources are limited, dissatisfaction becomes a way of life.

Oftentimes you “solve“ the problem by pretending to have money. You feel a powerful attraction to status symbols. You lose money by spending it on unnecessary objects or brands. Your objective is to experience “what it feels like to have a lot of money” and to feel complete and fulfilled… at least for a moment.

Emotions and money: losing money to fill a hole

This situation is similar to the previous one. The difference lies in that, in this case, your frustration leads to impulsive and compulsive behaviors. The people in this category literally can’t stand to see a product on sale and not buy it. Hoarders of useless objects are governed by the need to continue purchasing things.

They are unconsciously attempting to satisfy other, deeper deficiencies. But since they aren’t aware of this, they’re simply a bottomless barrel. Their appetite for acquiring new things is insatiable. Supermarkets adore this type of consumer and help them waste their money with little tricks. They bombard these individuals with advertisement of non-existent sales.

Actually, they raise the price artificially just to later lower it to the normal price and make it seem like a deal. They make it easy for shoppers to purchase and purchase and purchase. In the end, these shoppers may manage to pay the bills, but end up feeling empty. And thus begin their vicious cycle all over again.

The return of deficiency

There are many unconscious factors involved in the management of money. Today, the concept of happiness is very closely linked to consumerism. The fantasy abounds that money has the power to repair a person’s broken self-esteem. Supposedly it will grant meaning to a life that seems daunting.

Thus, losing money tends to be a consequence of giving it a leading role in your life. It’s paradoxical, but a disproportionate desire to have wealth leads to its loss. The difference between the real value of money and the meaning granted to it leads to erratic and unintelligent actions. Money and consumption are used as means to solve difficulties of another order.

However, financial issues are the last place you want to involve your emotions. When you’re dealing with confusing, neurotic emotions, the danger is even greater. The problem is that victims of this logic don’t realize their predicament.

Thus, losing money ends up becoming a normal occurrence. Ultimately, it reaffirms their dissatisfaction and causes their inner deficiencies to be experienced again with renewed harshness.

In the end, winning and losing money may only be a smokescreen. Perhaps, deep down, economic resources aren’t the problem. Maybe the problem is your unsatisfied desire that only grows because money can’t fill it.

Thus, it’s this very emptiness that maintains the unsatisfied desire. You get money but it doesn’t help you; actually, it just helps you cover up difficulties and suffering that you are unwilling to face.

When we fall in love, idealizing our significant other is not only inevitable, it is a necessity. That uncontrollable and…

Wellness
Letter to the One Who Watches over Me

It's been a long time since I've felt the need to share with the world, with life, that I miss you more and…

Wellness
We Were A Short Story I'll Read Over and Over

Wellness
Emotional Intelligence: Why It's so Important to Use It Daily

Wellness
6 Tips to Start Your Day Off Right

There are moments in life where everything seems to flow. When we feel like life is good and it is easy…

Parenting and raising a family are two of the most wonderful and magical challenges that life can present us with. Why? Because from…