What's the Connection Between Mood and Health?

When we're in good spirits, we feel more energetic and healthy. When we feel bad, we also believe that something's wrong with our body. Why does this happen? Read on to discover the answer! 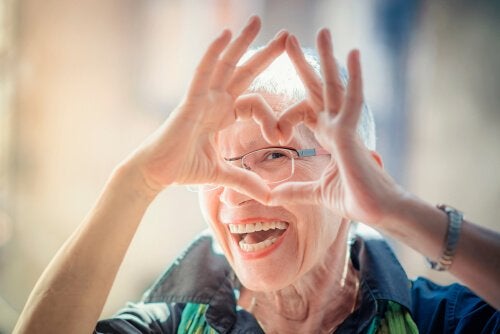 For decades, experts have been wondering if diseases are somewhat related to emotions and feelings. However, nowadays, they’ve been focused on studying the connection between mood and health.

We know that our pain depends to some extent on how we perceive it, as well as on our state of mind. I fact, although experts know the biological origins of some diseases, they still can’t explain many aspects of them. This is why many professionals suggest a possible psychological origin.

However, when we enter this territory, it’s far less clear what mechanisms and moods may influence our health. This is because we have to take a wide range of social, cognitive, physiological, and behavioral factors into account. These mechanisms could also have either a direct or indirect influence on disease.

The link between emotional mood and health

Emotions can affect how our bodies function. There’s a lot of evidence on the fact that negative emotions affect the duration of infections, vulnerability, and healing processes.

This could be because a positive mood promotes the secretion of a first-line antibody: secretory immunoglobin A. This substance can protect humans from the common cold, for example.

Thus, your mood could either increase or decrease your immune system’s response to an illness or condition. Experts have noted that people who have a negative mood or outlook are more susceptible to colds and have less resistance to more serious illnesses.

Emotions not only directly determine physiological factors but can also condition your thoughts. In other words, a negative mood would make it easier for you to have more negative thoughts. Thus, you could recognize and interpret physical symptoms as a possible health problem.

In this regard, experts have discovered that, when the study participants were sad, they said that they had more symptoms. This is because people with more negative emotions are usually more alert to how their bodies feel. Therefore, even the slightest sign of pain or any new sensation will make them worry more than positive people.

In relation to what we mentioned above, one might think that people who are more concerned about their bodies and their health tend to go to specialists earlier. However, studies show that, in fact, the opposite is true.

It seems that people who don’t feel well feel that they’re less able to look after their health, and, as a result, go see doctors less often. It’s as if they believe they can’t really do anything to improve things.

In addition to this, they may attribute their symptoms to their mood and, thus, delay getting expert help. Instead, when a person feels better about themselves, they’re more motivated to stay healthy and look after themselves.

On the other hand, it seems that mood and seeking medical attention are also related to the ability to cope with possible negative news. They perceive going to the doctor as a threat, as they could, potentially, receive some disturbing news.

When a person is in a positive mood, they can better deal with the information they receive, as they have more resources to do so.

Besides directly affecting your body and your perception of disease, your mood also influences your behavior and actions.

When you’re in a bad mood, you probably tend to eat less healthily, consume more alcohol, exercise less, etc. In fact, in the case of tobacco consumption, most smokers tell us that they use tobacco to regulate or improve their mood or to reduce their stress levels.

As a result, if you increase your unhealthy behaviors due to your negative mood, your health will be affected in the short and long term.

Mood and health: what should you do?

Thus, now you know that it’s inevitable for you to experience negative emotions. Because of that, you need to make sure to adopt healthy habits in your life.

These habits, even though they’ll sometimes be clouded by your mood, will help to offset some of the harmful effects. In addition, even if your mood varies, if you have a wide repertoire of coping behaviors, the sorrows will be more bearable, and their effects less severe.

Link copied!
Interesting Articles
Curiosities
The Psychology of Phishing: When Emails Are Dangerous