Psychonutrition is all the rage, filling social media with information about eating and healthy habits. But what exactly is it and why is it important? 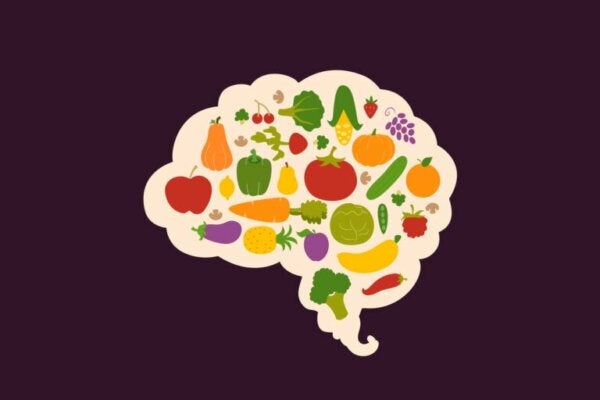 What’s psychonutrition? It’s the science that studies the relationship between the mind and food. This work is a collaboration between dieticians and psychologists. Psychonutrition doesn’t just study the relationship you have with food but also the emotional patterns deeply embedded in your food choices.

Psychonutrition looks at different behaviors, such as stress eating. The goal is to help people make long-term changes in their eating habits that’ll improve their overall quality of life.

Psychonutrition encompasses more fields than just nutrition and psychology. Involving other professionals can improve your results and enhance the treatment on every front. Other professions that could potentially help are personal trainers, psychiatrists, speech therapists, and educators.

The characteristics of a psychonutrition-based intervention are the following:

Psychonutrition is a collaboration between many different specialists. It’s important to clarify that point because “psychonutritionsts” don’t exist. As we mentioned above, if you’re going to see help in this area, you’d be working with at least a psychologist and a nutritionist.

Psychonutrition isn’t only about studying the intake of certain foods according to your mood. If, however, they detect in your evaluation that you have unhealthy coping strategies that are harmful in the long term, they’ll come up with a plan to deal with them.

Thus, one of the challenges in psychonutrition is to provide people with more tools and coping strategies for dealing with their issues.

You won’t see the results of psychonutritional intervention overnight. This field deals with habits that are very ingrained and take time to redirect, change, or eliminate. On the other hand, these are results that go far beyond weight loss. The ultimate goal is to positively change your relationship with food.

The work of a psychologist in psychonutrition

As you’ve seen, a psychologist’s work in this particular area goes beyond eating disorders. Other disorders can also play a role, such as anxiety derived from different issues such as body-image problems.

The evaluation of the use of restrictive diets as ways to compensate for something else is only a part of the psychologist’s work. Here are some of their other potential roles:

In a psychonutrition consultation, emotions are especially important. The skills the patient has to be able to adopt certain healthy habits are important as well.

At the same time, it’s important to debunk certain myths that are deeply rooted in our society about food. The other focus is on helping the patient commit to their changes.

Nutrition and Genetics: The Paleolithic Diet
The Paleolithic diet is becoming very popular these days. But what does science have to say about it? Is it really effective? Read more about it here! Read more »
Link copied!
Interesting Articles
Cinema, Television, and Psychology
10 Animal Movies to Help you Think about how we Treat them

Culture
Solving Our Problems May Take a Long Time

Time goes so quickly. We want things right now, immediately. We don't know how to wait. Waiting makes us nervous,…

Culture
Why Do We Feel Uncomfortable When We Receive Compliments?

Do we really like receiving compliments at all times and under any circumstances? Perhaps you've felt uncomfortable when you've received…

Faced with determinism, are we free when it comes to making a decision? Is our life already determined for us?…