The business of death and the fascination for serial killers has created legions of fans and buyers of collectibles related to tragic events. The name for this phenomenon is murderabilia. 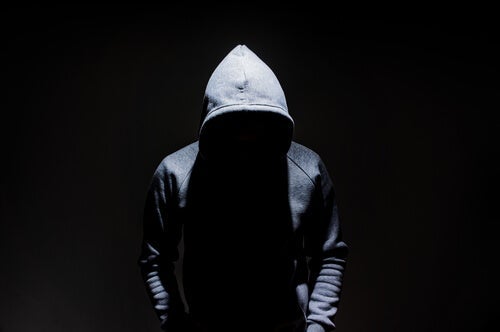 The new Quentin Tarantino movie has revived interest in the story of murders perpetrated by Charles Manson’s’ cult. It was an event that rocked Hollywood and continues to fascinate people to this day. This fascination has led to countless theories with a common denominator: a morbid fascination about the circumstances surrounding the murder of Sharon Tate. Her case seems to be the origin of the subject of today’s article: murderabilia.

Fortunately, Tarantino is more brilliant and mature than ever and managed to flip the story on its head. He focused his camera on the joy and talent of the young actress before her murder. Using that angle, Tarantino succeeded in restoring the memory of Sharon Tate as a vivacious, talented woman, not just a tragic murder victim. The blood and violence are reserved for those who deserve it (and that’s about all I can say about that).

Murderabilia is a play on words that refers to the practice of collecting objects that relate in some way to mass murderers or serial killers. There are countless documentaries, movies, and TV shows about murderers and it seems like audiences never tire of them. Some fans go so far as to worship these famous criminals.

People have always been fascinated by the macabre. So much so, that there’s a whole industry based on one word: murder. For the victims’ families, however, watching people pay money for things that belonged to the perpetrator that caused their suffering is nothing short of sickening. Capitalism certainly has its dark side, but it shouldn’t be possible to make money off a rape or a murder.

Sellers defend themselves from critics by claiming they’re exercising their right to free speech and a free market. They sell because there’s a market for their products. Unfortunately, the side-effect of this macabre business is that it makes stars out of serial killers. Meanwhile, the bodies of the victims (especially in rape and murder cases) will remain practically anonymous, the stuff of horror stories for future generations.

A mediocre artist by day, a murderer by night

Art from the most famous United States criminals tends to be run-of-the-mill or just plain bad. Their work shows a notable lack of creative spark or originality. However, criticizing their work says more about the critic than the artist. It’s difficult for the public to believe that such a monster could make something so boring. The real thing pales in comparison to the legend.

John Wayne Gacy’s paintings, for example, would be worth absolutely nothing if he hadn’t done something horrible. No one buys them because they’re beautiful. The concept of murderabilia is similar to people’s nearly religious appetite for death, from the relics of saints to the horror of public executions. The crowds didn’t just demand the martyr’s body, they also covet the sacred shroud.

Where did murderabilia start?

This kind of “art” and collecting could be like a bridge between the common man and the infamous, heartless, and antisocial murderer. Art becomes an artifact of the conscious, normally so ephemeral, though which you can discover the repressed material, the darkness of your life. In other words, art can be a kind of mirror between the artist and the observer.

It’s true that this theory offers one of the most hopeful perspectives, as it assumes that some part of the murderer’s mind can express itself through non-violent means.

On the other hand, art, movies, and documentaries put the viewer in contact with crimes and violence, which awakens but also calms their curiosity. The fascination for these types of stories ranges from the normal curiosity of a bystander to a personal fascination for a particular murderer or crime.

Why would someone buy a murderer’s belongings?

The collectibles might trigger positive associations in the mind of the collector, transporting them to their desired mental state. This is easy to understand in the case of people who consider violent news an impersonal kind of entertainment.

Collectors might also be motivated by essentialist reasoning and notions of “catching” fame. They hope that the qualities of celebrities (good or bad) will be contagious once they have acquired their belongings. Lastly, owning these kinds of objects gives them a kind of specific access to a famous person.

What do murderabilia aficionados buy?

The danger of the fascination with murderers is the perverted sense of sympathy that collectors feel with elements extracted from the killer’s life. People are looking to buy anything from a lock of hair to original artwork.

The things that Ted Kaczynski left behind when he was arrested in 1996 were sold off in the most high-profile murderabilia auction to date. The items that sold online in 2011 included: Kaczynski’s hooded sweatshirt, his sunglasses, a Smith Corona typewriter, letters from his Aunt Frida, and his handwritten manifesto.

While Ted Kaczynski, known as the “Unabomber,” was a murderer just like the others, his intellect and the arguments in his manifesto make his murderabilia more attractive to collectors than belongings from more bloodthirsty killers.

A lot of murderabilia collectors are women

Women are often more interested in stories of rape, kidnapping, and murder. Men, if they have the option, usually prefer war stories. Also, women prefer books with many accurate details about the crime over books that avoid the tough questions.

Women are also more likely to be serial killer groupies. Some researchers argue that women’s obsessions with extremely violent men are due to an anachronistic evolutionary strategy leftover from our ancestors. Violence, they say, is a sign of the most valuable male in the group.

Finally, there’s another theory that women feel attracted to men who have open wounds from their past because they can help them heal. They can tame the beast and cure the poor abused little boy.

School Shootings: what’s in the Minds of these Killers?
School shootings are very tragic. Only behind 5% of the cases exists a mental disorder. Learn in this article about the pshycological aspects involved. Read more »
Link copied!
Interesting Articles
Curiosities
Super-Seniors: An Unexplained Phenomenon