What is the Synaptic Cleft? 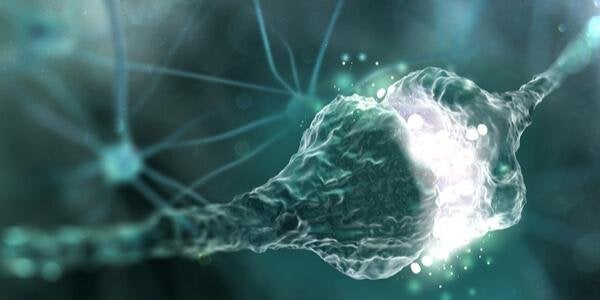 A synapse is where two neurons connect to transmit information from one to another. These synapses are not where the nerve directly touches another nerve, though. Rather, there is a space or synaptic gap (also called the synaptic cleft). This is where the information exchange happens. What happens in the synaptic cleft? How does it work? We will try to answer that question in this article.

During a chemical synapse, the neuron that passes on information (presynaptic) releases a substance. In this case, it’s a neurotransmitter, through the presynaptic axon terminal, releasing it into the synaptic gap. After that, the receiving neuron (postsynaptic), with specific receptors for each neurotransmitter, is responsible for receiving the information through its dendrites.

The electron microscope allowed us to discover that the communication between neurons did not mean that they touched, but rather that there was a space between them where they release neurotransmitters. Each of these neurotransmitters affect the functioning of the nervous system.

There are mainly two types of synapses: electrical and chemical. The cleft between presynaptic and postsynaptic neurons is substantially bigger in chemical synapses than in electrical ones, which is why it has the name synaptic cleft. The key feature of these gaps is that there are organelles bordered by membranes — called the synaptic vesicle — inside the presynaptic axon terminal.

Chemical synapses happen when chemical substances (neurotransmitters) are released into the synaptic cleft. These act on the postsynaptic membrane, producing depolarization or hyperpolarization. Compared to electrical synapses, chemical ones can change the signals it gives in response to events we experience.

Neurotransmitters affect their targets by interacting with the receptors. Ligands are substances that bind to receptors, and they can have 3 effects:

What kind of neurotransmitters are there?

In the brain, most synaptic communication happens using 2 transmitting substances. The first is Glutamate, which has excitatory effects, and second, GABA, which has inhibitory effects. The rest of the transmitters, in general, serve as modulators. That is, when they are released, they activate or inhibit circuits involved in specific brain functions.

In addition to the neurotransmitters released into the synaptic gap, affecting the neuron receptor, there are exogenous chemical substances that can create the same or similar response.

By “exogenous substances”, we mean substances that come from outside our bodies, like medication. These can produce agonist or antagonist effects. They can also affect different aspects of the chemical synapse:

If you receive repeated treatments with a certain drug, this can reduce its effectiveness. This is called tolerance. Tolerance, when speaking of drugs, can lead to increased consumption, which then increases the risk of overdose. When speaking of medicine, it can produce a decline in the desired effects, which can lead to a person stopping their use of the medicine.

As you can see, in the synaptic gap, there are exchanges between pre- and postsynaptic cells through the release of neurotransmitters, which have various effects on our body. In addition, various drugs can modulate or alter this complex mechanism.

The Limbic System: What Is It and How Does It Work?
The limbic system is referred to by many as the "emotional brain". But what else does it do? And what exactly is it? Read more »

Culture
What's Up with the Use of Euphemisms?

The use of euphemisms is present in daily life. For instance, when layoffs occur, you hear about “strategic cuts in…

Culture
The Boomerang Generation: The Kids Who Move in with Their Parents

One of the fastest growing trends in the Western world is the boomerang generation. This generation represents kids who move back…